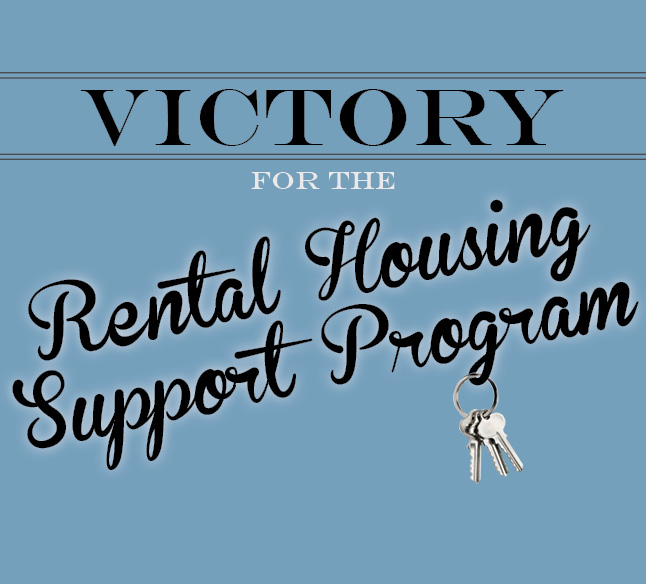 The Illinois Supreme Court has ruled to uphold a law that provides housing subsidies for thousands of low-income families across Illinois.

The Illinois Rental Housing Support Program was created in 2005 when CCH’s statewide housing campaign passed legislation creating a $10 charge on real estate recordings. The funding is distributed throughout the state and provides subsidies to landlords who rent to extremely low-income tenants who earn 30% or less of area median income.

Yearly revenues of $16 million to $25 million have been collected since then. The funds provide rent subsidies to about 2,500 households statewide.

In May 2011, a law firm filed a lawsuit in Lake County alleging that the fee being collected was unconstitutional on several counts. CCH and other advocates worked to amend the law, but the law was still struck down in September 2013. All funds for the program have been held in escrow since that time as the case was appealed.

During the appeal, CCH worked with many other organizations around the state to file an amicus (friend of the court) brief, which allows those not a party to the case to provide relevant information to the court. The Supreme Court accepted the brief in May.

The Supreme Court ruling released May 21 found that the law was constitutional on all counts. Now $33 million in funds will be released from escrow and the program can continue.

“We are so thrilled with this outcome,” said Executive Director Ed Shurna. “The Rental Housing Support Program is the state’s primary housing program for people at the lowest incomes. So many lives were hanging in the balance. We applaud the court’s decision.”

A link to the decision: http://www.illinoiscourts.gov/Opinions/SupremeCourt/2015/116226.pdf