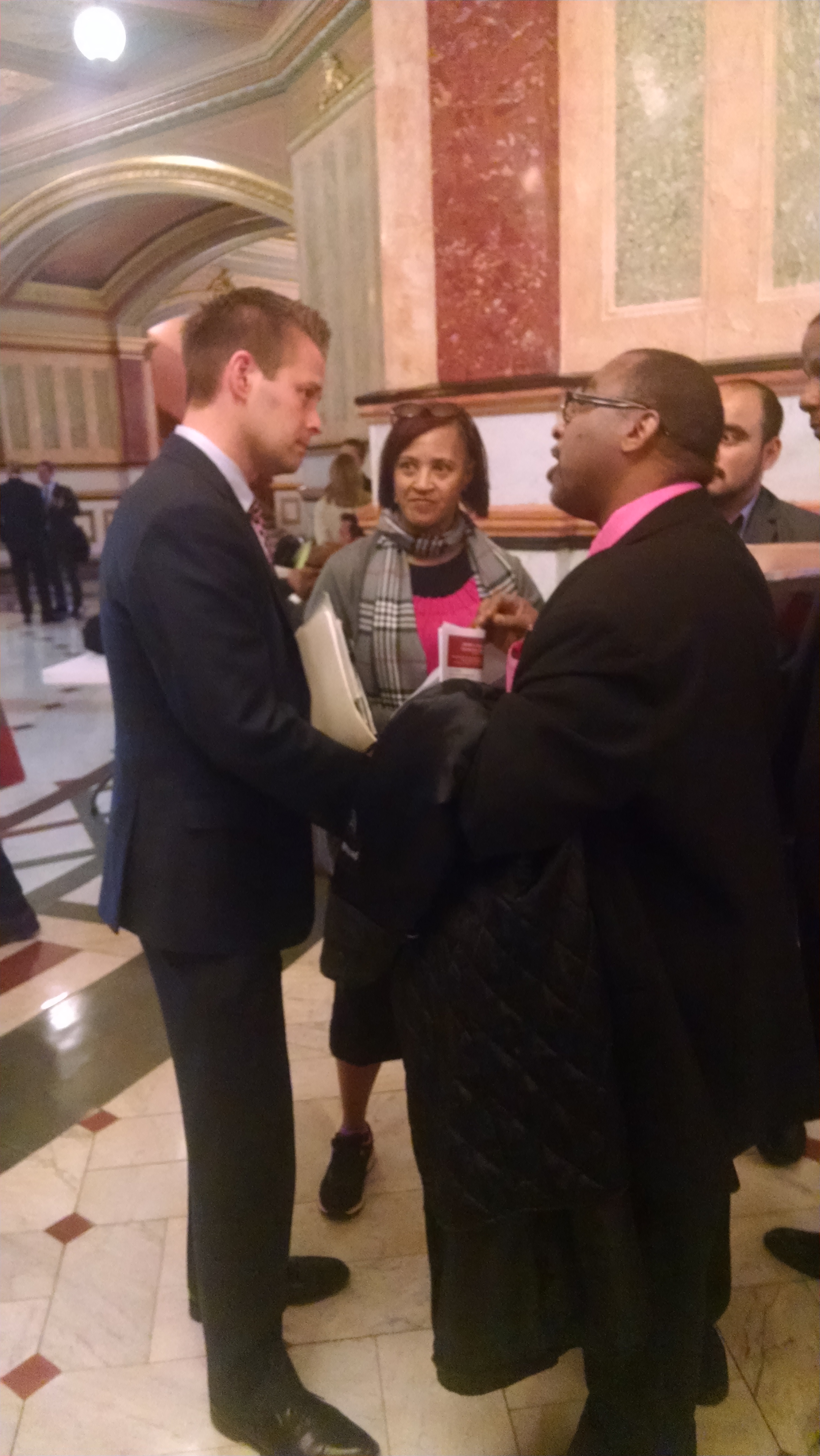 Working in a coalition with Cabrini Green Legal Aid and Community Renewal Society, CCH’s Reentry Project visited Springfield multiple times this legislative session to advocate for House Bill 494, which would remove lifetime bars to work in or near schools for people with records.

As a result of the advocacy efforts, the bill passed both the House and Senate with strong support from both sides of the political aisle. The bill was sent to Gov. Rauner’s desk for consideration.

Sponsored by State Rep. Kelly Cassidy (D-Chicago) in the House, the bill first passed out of the Elementary and Secondary Education: School Curriculum and Policies Committee on March 25. After that, our coalition negotiated amendments with the Illinois State Board of Education, including a requirement that the wait period for people convicted of drug offenses be seven years after completing probation or parole.

After being passed out of the House, Senate sponsor Patricia Van Pelt (D-Chicago) worked with leaders and staff from our coalition to get the bill passed unanimously out of the Senate Executive Committee on May 6, and out of the full Senate on May 20, with a 36-10 vote. Like the House, the bill had strong and vocal support from both sides of the political aisle in the Senate.

CCH community leaders Charles Austin and Gloria Davis have been active advocates for the Reentry Project, organized by Rachel Ramirez. Gloria and Charles, along with other leaders, made a critical impact in Springfield as their personal stories and lobbying efforts persuaded many undecided and skeptical legislators to support this bill.

The passing of the bill in the Senate on Wednesday was an emotional moment for many leaders and policy staff from the coalition, as they have worked on this issue for more than two years. The work for removing bars to employment for people with records is not over, but the passing of this bill is a step in the right direction.