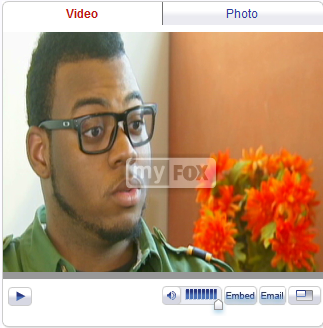 (Our youth attorney co-manages the street youth group HELLO, working with The Night Ministry and Lakeview Action Coalition. The group is in its 8th year. )

Chicago – Teenagers — runaways and throwaways — are finally being counted in Chicago’s homeless population.

They’ve been there all along, but young people have a way of masking their situation. We may see them and think they’re just kids hanging out, when in fact, they’re running out of options.

Some of the lucky few find space at Belfort House, which has 24 private rooms in a dorm-like setting on Chicago’s South Side. The home, run by Teen Living Programs, offers shelter to young people ages 17 to 21. There are 2,000 homeless teens in Chicago, but only 200 beds for them.

The last time the city made a plan to end homelessness ten years ago, teenagers were not even mentioned, maybe because homeless teens can be hard to spot. Leroy Kirk, who was homeless in high school, said his friends would’ve never known, and that no one asked. Another teenager we talked with, Timothy, said that homeless teenagers ride the trains all night and find any way they can to stay clean, using the restrooms at school and McDonalds.

There are a lot of reasons why teenagers end up on the street — their parents are abusive and/or incapable, a caregiver dies, or because they’re trying to rebel — but the most common one is because they are lesbian, gay, bisexual or transgender, and their families reject them.

“A huge chunk of those young people are homeless as a result, especially in the black and Latino community cause I think our communities say something strong, very strong about it’s not acceptable, it’s not OK, you can’t live in my house and be like that,” Dr. Barnes said.

Timothy said that’s what happened to him.

“My mother couldn’t handle it anymore, so she was like, ‘Sorry, I love you, but you gotta go,'” he said.

The Howard Brown Clinic runs a drop-in center for homeless teens on the North Side, and many of the young people here have decided to stop hiding and start advocating. But the goal has to be more than housing, more than just a cot and a meal.

“There is some accountability to being in the program. We’re not just a shelter,” Dr. Barnes said. “It’s important that they understand that they have to work on building skills while they heal from the trauma so they can be successful.”

“I want to be one of those people who graduated in a sense from the program and be able to come back and help others, to say I made it out, you can do it too, you just have to put your best foot forward and keep marchin’,” said Marquise Woods

While Chicago is a long way from closing the huge gap in services for homeless youth, the movement has begun and support is building to devote more resources to not only keep these young people off the streets, but put them on track for productive and fulfilling lives. Before they settle into a lifestyle of being homeless, teenagers are the part of the large homeless population that may benefit most from intervention.

In addition to Teen Living Program , The Night Ministry has been working with homeless youth for more than 30 years. The Broadway Youth Center is not a shelter, but provides a safe haven for homeless youth who need medical care, counseling, referrals, to use a computer, or just someplace safe to chill. On Thursday, State Rep. Sara Feigenholtz announced a “supply drive” to benefit the center. There is a “wish list” of items Broadway Youth Center needs on her website.

With family rejection due to sexual orientation being a leading cause of young people ending up homeless, the situation is even more desperate for trans-gender youth. This month, the city’s first ever shelter specificially targeting trans-gender homeless youth opened in the Humbolt Park neighborhood by Vida/SIDA, a project of the Puerto Rican Cultural Center. It is called El Rescate – the rescue.

The overall effort to address the needs of Chicagoland’s homeless residents is undergoing a major renovation. Mayor Emanuel has commissioned a new Plan to End Homelessness, the first research-based, comprehensive revision of the “plan” since 2000. The Chicago Alliance to End Homelessness just merged with The Emergency Fund — putting the fundraising powerhouse in the same office as the policy makers. This collaboration, and the attendant effort to corral existing resources into an accessible, accountable group, underlines the fact that homelessness will not be solved by government alone. Consider that Belfort House, the TLP facility shown on Fox Chicago News Thursday at 9, has an annual operating budget of 2.5 million dollars …. only 42% of that comes from government sources. The rest comes from the rest of us.