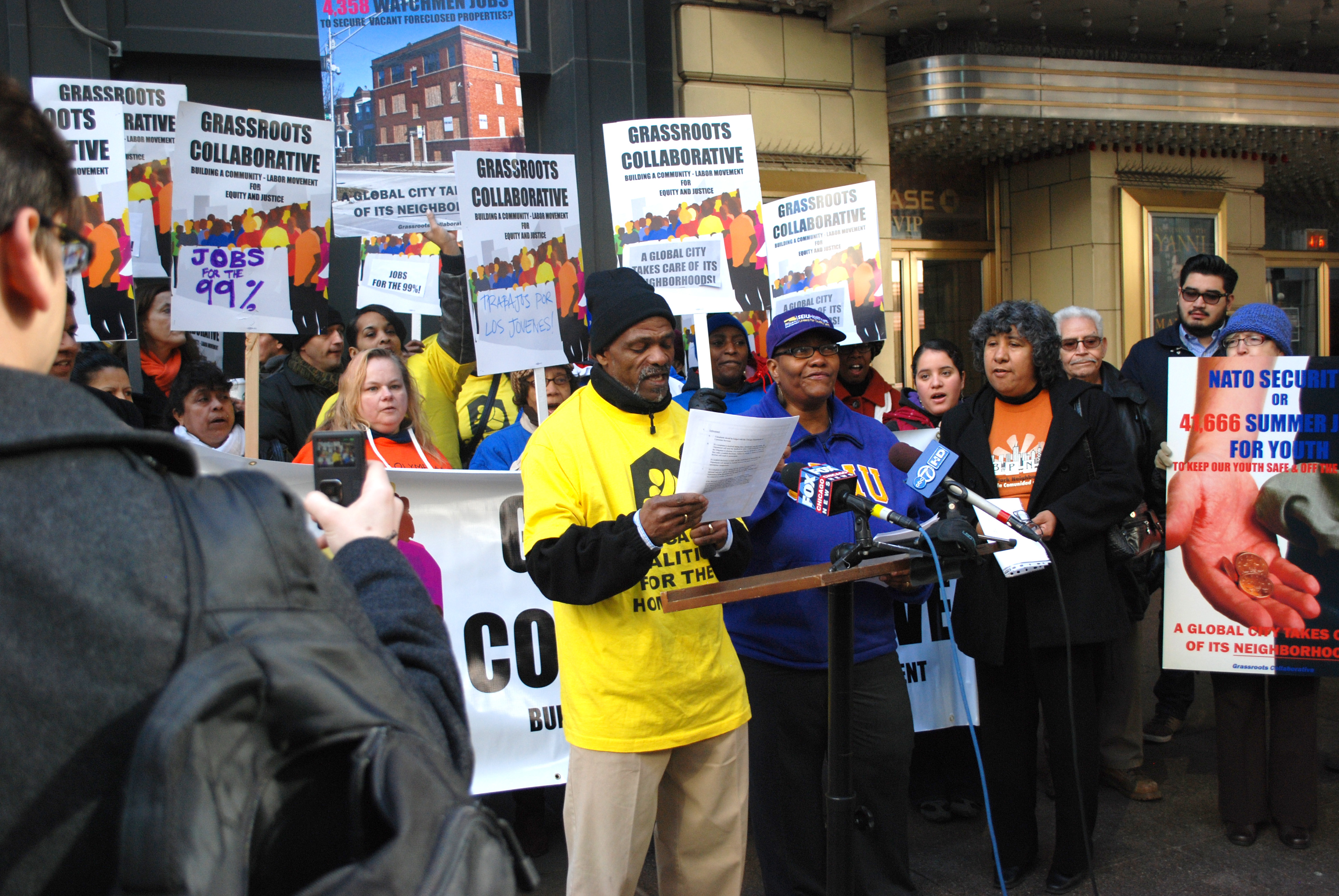 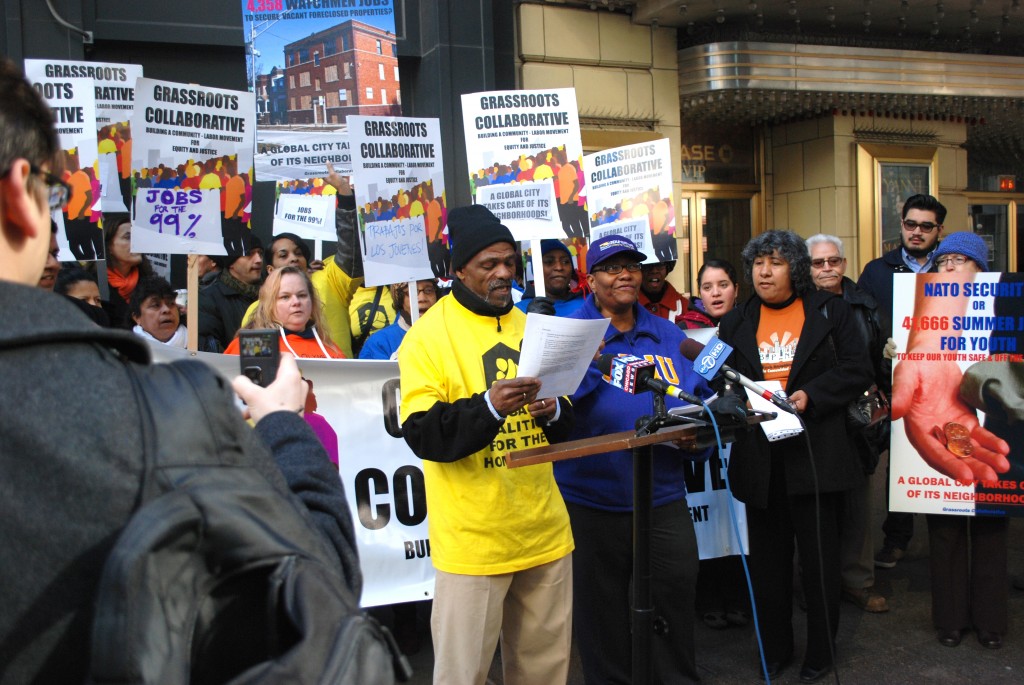 Good jobs are key to ending homelessness. That’s why CCH joined allies in the Grassroots Collaborative this morning to urge World Business Chicago and Mayor Emanuel to establish a $100 million Neighborhood Jobs Trust.

Their idea is to fund a Jobs Trust for Chicago by reallocating business donations given for social events at the G-8 Summit. Before it was announced Monday that the G-8 Economic Summit would no longer meet here this May, World Business Chicago raised more than $50 million. The non-profit was established at the behest of Mayor Emanuel.

Standing in front of the World Business office in downtown Chicago, more than 40 demonstrators from diverse neighborhoods called for jobs to help Chicago families.

Among those speaking to reporters, CCH’s Charles Jenkins said that a $100 million trust could fund many things to help unemployed Chicagoans, such as:

The demonstrators pressed World Business Chicago to arrange a meeting with the Grassroots Collaborative to forge a proposal for a Jobs Trust.

“Now is the perfect moment for World Business Chicago to prove its civic leadership,” Jenkins said, “by immediately putting the $65 million they were charged with raising… toward neighborhood jobs that will improve neighborhood safety.”