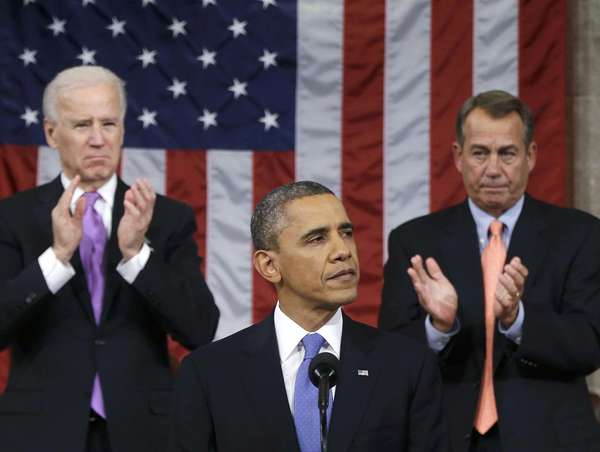 CCH is a member of the Raise Illinois Coalition.

Raise Illinois is pleased that President Obama has expressed support for raising the federal minimum wage to $9.00 per hour, with a cost of living increase, during his State of the Union speech last night.  The Economic Policy Institute (EPI) estimates that raising the federal minimum wage from its current $7.25 per hour to $9.00 per hour would give 21 million working families a much needed raise, and inject billions of dollars in new consumer spending into the nation’s economy, speeding economic recovery.

“If the federal minimum wage had kept pace with inflation over the last 40 years, it would be over $10 per hour today,” said Kimberly Drew, Policy Associate at Heartland Alliance and a member of the Raise Illinois coalition. “The President’s support of a higher federal minimum wage with a cost of living increase is a good first step in helping minimum and low wage workers make ends meet and earn a livable wage.”

Raise Illinois is a grassroots and legislative campaign to raise the state minimum wage to its historical value of $10.60 per hour with a cost of living increase, in order to give 1.1 million of the state’s lowest-paid workers a raise, and spur economic recovery. Illinois is one of eighteen states, along with the District of Columbia, that has raised the minimum wage higher than the federal minimum wage. The current minimum wage in Illinois of $8.25 means that an individual working full time earns only about $16,500 per year, which falls below the federal poverty guidelines for most families.

Robert Wilson, a low-wage McDonald’s worker and Workers Organizing Committee of Chicago (WOCC) member, also considers President Obama’s support for a higher federal minimum wage to be a step in the right direction. “Over the years, raising the minimum wage hasn’t done much to help families like mine because the cost of living has always gone up as well. We need a living wage, a wage that reflects the hard work we put into our jobs.”

According to Chicago resident and low-wage worker Byron Dickens, raising wages for working families helps the entire economy. ʺIf people make more, they are going to spend more.  Raising the minimum wage is good for business, is good for workers and is good for Illinois.”

EPI estimates that raising the Illinois minimum wage to $10.60 would provide more than $3.8 billion in increased wages for directly affected workers and generate about 20,000 new jobs in the state. Additionally, restoring the minimum wage to its historic value in our state would result in $2.5 billion in additional economic activity, creating a healthy and sustained climate of growth for Illinois businesses.

“Research shows that this does not cost jobs. Illinois achieved the Midwest’s second biggest improvement in job growth in 2005 when it increased the minimum wage a full dollar,” said Drew. “The argument that increasing the minimum wage causes job loss has been proven wrong again and again.”

Raise Illinois is a major legislative and grassroots campaign to increase Illinois’ minimum wage from the current $8.25 per hour to $10.60 an hour by 2014. Raise Illinois is led by a coalition made up of community, business, faith and labor organizations along with minimum wage workers and supporters that are committed to fighting for a raise in the minimum wage in Illinois. For more information, please visit RaiseIllinois.com.