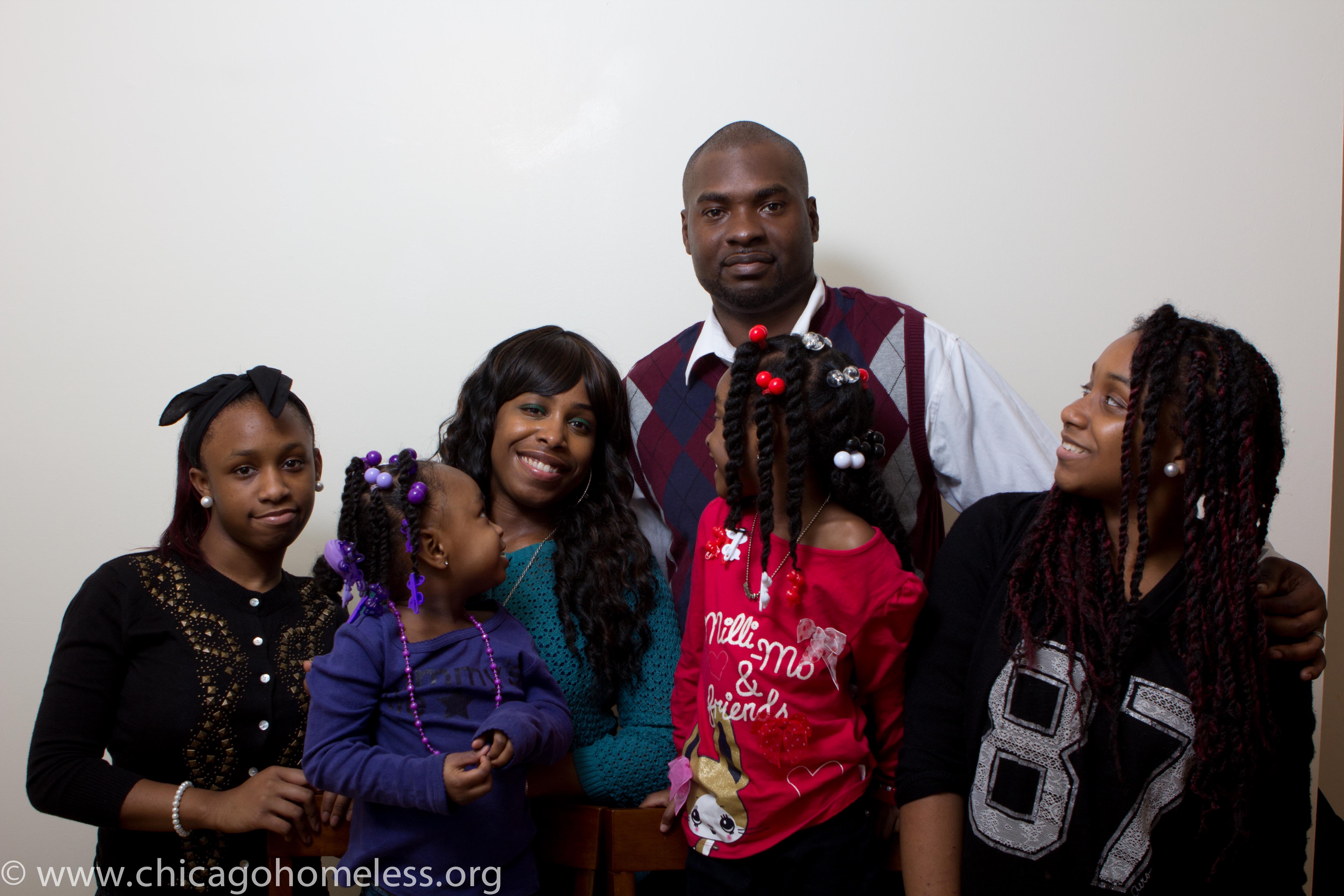 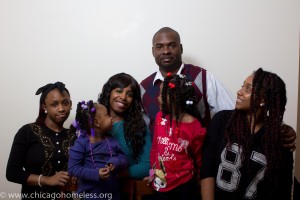 “We were embarrassed about our situation. We did not want people to know,” said Rolanda Lee, recalling the time she and her husband first met Dollie Brewer.

For almost 17 years, Dollie has offered outreach at family shelters across Chicago. As a senior organizer, she helps the Chicago Coalition for the Homeless (CCH) mobilize homeless families to speak up about the need for more affordable housing and fair wage jobs.

By the time they met again, the Lees were ready.

“Me and my husband discussed different things we’d like to do to give back to the community. When Dollie was talking, a light bulb went on,” Rolanda said.

The Lees say love – and tenacity – keep their family together when times are hard.

So Rolanda is still upset that last year, a service provider advised her to leave out her husband when she applied to family housing programs.

“I told them, ‘I don’t do that. I love my husband and I’m married, for better or for worse.’ I wasn’t going to separate my family,” Rolanda said.

The problem, Rolanda explains, is that her husband Robert has an old drug conviction. Despite his skills in light construction and building maintenance, Robert has been turned down for jobs because he has a background. Other times, though honest about the conviction on his job application, he has been hired – only to be let go months later, when some higher-up claims a policy against it.

“I’m tired of being the man with a dream. I want to be the man of her dreams,” Robert said. “I’m a great father. I’m a good person in my community. Give me a chance. I want to work.”

In 2010 a bright spot occurred for the family, but it was short lived. That’s when the state launched Put Illinois to Work, a federal stimulus-funded job-training program that CCH proposed and helped design. Robert worked nine months at a private school, until program funding ran out.

Within months, Rolanda’s wages from a part-time dining service job were not enough to pay bills without Robert’s income. The family of six spent almost two years homeless.

The Lees found the help they needed last spring: They moved to a Catholic Charities shelter that, in September, moved them into a two-bedroom apartment. The family is promised housing for two years, happy to remain in the South Side neighborhood where their daughters are already in school.

And the Lees say they found the personal inspiration they needed when they began working with Dollie Brewer last May. Robert plans to file the paperwork to expunge his conviction, after learning about a new state law that allows more people to clear their record.

“Even though I was homeless, I am just trying to be the person I can be,” he said.

Rolanda says it is empowering to involve other people in the couple’s work with CCH – inviting other families to rallies, speaking up in meetings with public officials.

“I want to bring attention to the fact that homelessness has no one face, “ Rolanda said. “You could ride Metra or the CTA, sitting next to people who are dressed nice with their children, but you don’t know if they have somewhere to go at night.”