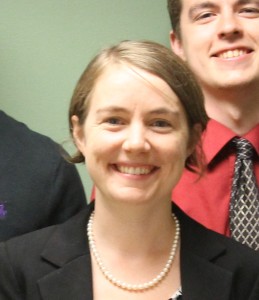 But worse than being outside was not having a home — the deep loneliness that came with not belonging anywhere. Maybe even more than a bed to sleep in, human beings, and especially young people, need to have structure and stability. They need the satisfaction and safety of a place to go at the end of the day, of the warmth and comfort of a family or a pet or a pillow. Without basic shelter and security, it’s almost impossible to be productive or successful.  It’s because having a home is essential to the well-being of all people that I believe housing is a human right.

The clients I have worked with on the street through CCH face the trouble not just of living outside, but of what it means to homeless. While many have figured out how to survive without constant shelter, they are stigmatized, unemployed, criminalized, outcast, and dehumanized by a society that would prefer to act as though they do not exist. CCH takes up the cause of these and all homeless people by fighting a battle that is not just about housing, but about poverty. By confronting poverty at the levels through community organizing, law, and public policy, CCH seeks to not just to provide housing, but to promote and protect human rights, and to make our country safer and more equal.

Diane O’Connell interns with the Law Project through a partnership between John Marshall Law School and the Alvin H. Baum Family Fund. During law school, Diane has worked for John Marshall’s veterans clinic, as an immigration intern at Latinos Progresando, and as a clerk for the Cook County Public Defender and First Defense Legal Aid.