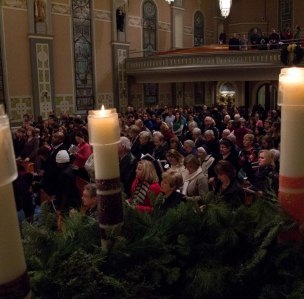 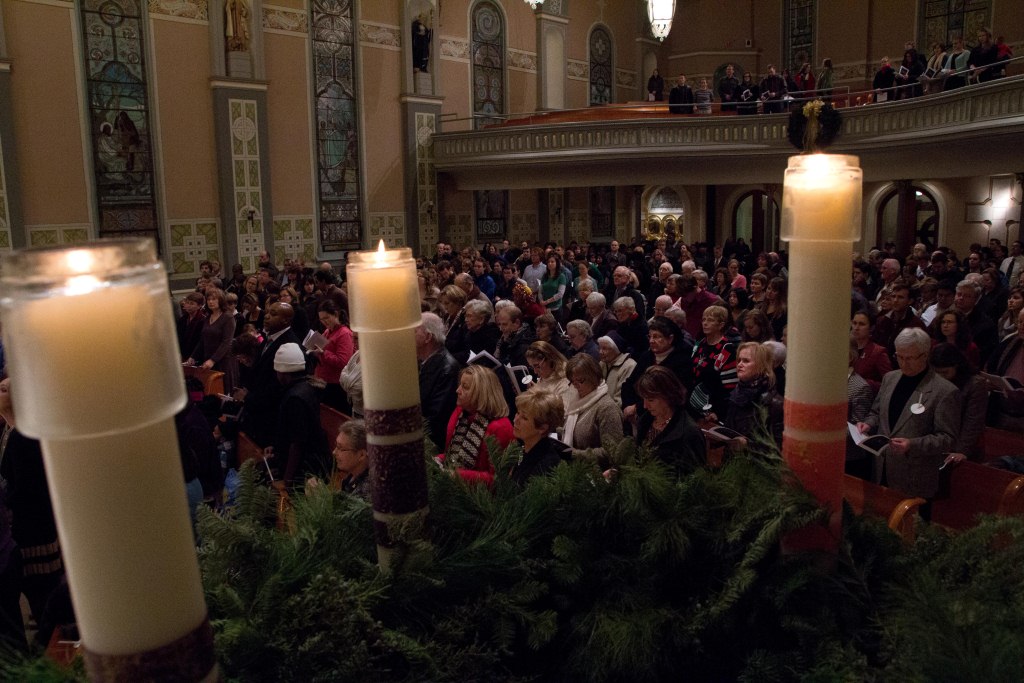 More than 300 people participated in a memorial service and candlelight vigil Tuesday evening to remember those who died this year while homeless in Chicago. 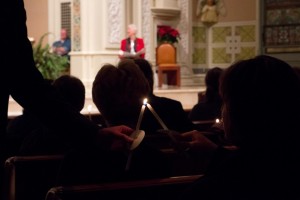 It was the third year that Old St. Patrick’s Church, 700 W. Adams, hosted a memorial organized by CCH, The Ignatian Spirituality Project, and the Harmony, Hope & Healing Choir. The service is a part of the National Homeless Persons’ Memorial, which is held at the start of the winter season in more than 175 U.S. communities.

“We come to this sacred place because we believe that life is stronger than death, and death is not the final statement about what life is all about… We hope and believe that ultimately life will prevail,” said CCH Executive Director Ed Shurna in his brief welcoming address.

The 6 p.m. service featured a name-reading of the 49 homeless and recently homeless people who died this year (listed below). The lives of these men and women were remembered by their friends and the caring providers who worked with them, including Heartland Alliance, Cornerstone Community Outreach, and Southwest Chicago PADS.

Tuesday’s poignant remembrances included this, about a man named Michael: “He was a gentle guy who still had lots of potential.”

Or Charles, “recently sober for the first time in 10 years.” And Betty, “who recently rediscovered her daughter.”

The evening included a reflection on what it means to be homeless, presented by Danyanta Richards, as well as a poem by CCH Senior Community Organizer Wayne Richard. The Harmony, Hope & Healing Choir provided prayerful music to reflect on the lives lost this year. Laura Howard read a scripture passage and Sr. Patricia Crowley, co-founder of Deborah’s Place, presided along with Old St. Pat’s Fr. Tom Hurley.

Mr. Richard organized 50 residents from A Safe Haven shelters to attend the memorial and a dinner preceding the service.

Our brothers and sisters who have died in the past year: