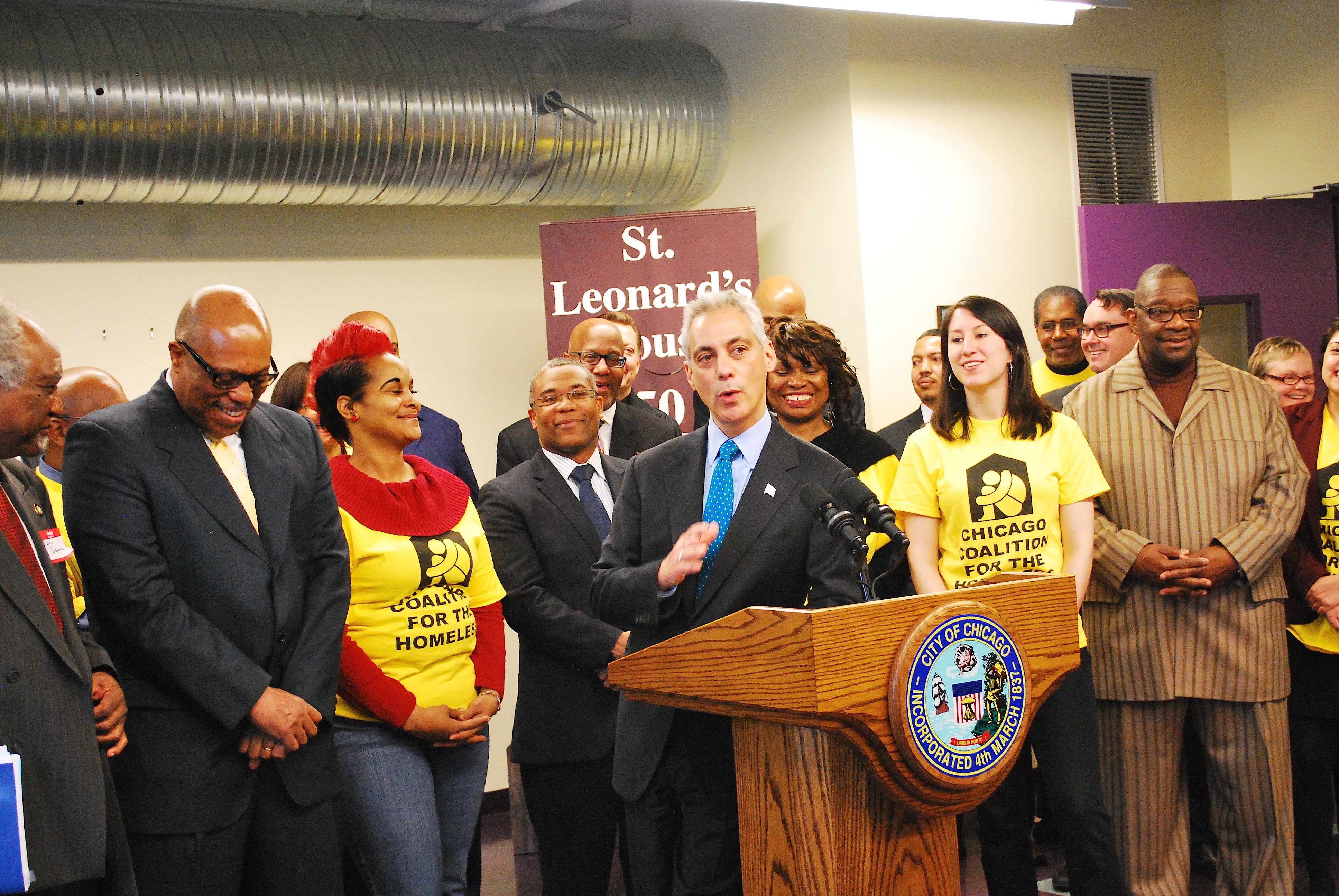 Mayor Emanuel has announced a pilot program between the Chicago Housing Authority (CHA) and three service providers from the Chicago Coalition for the Homeless (CCH) Re-entry Project Committee that will allow select program participants with criminal backgrounds to access CHA housing.

Up to 50 adults will be placed during the three-year pilot, per the mayor’s March 28 announcement.

The Family Reunification Pilot, for which CCH has been advocating since 2012, would allow St. Leonard’s Ministries, Safer Foundation and Lutheran Social Services to recommend participants – those who have excelled in their programs and truly turned their lives around – to move in with family in CHA housing.

These three providers share 100 years’ of experience working with formerly incarcerated people. Participants who were recommended would be allowed to access housing when they otherwise would have been turned down due to a criminal background. The service providers will provide ongoing support services while they are housed.

“This has truly been an extraordinary day, after two years of hard work. Now is the time and we have a mayor that gets it and today made a public commitment,” said Charles Austin, a CCH leader who serves on the Re-entry Project Committee.

The pilot follows the recommendation of HUD Secretary Sean Donovan, who has called on housing authorities to consider individual circumstances when deciding whether to admit someone with a criminal background. The Los Angeles City Housing Authority and the New York Housing Authority recently adopted similar pilots. It also supports the mayor’s Plan 2.0 to address homelessness in Chicago.

Of those accessing emergency shelters in Chicago, 48% have a felony conviction.  The pilot has the support of over 125 endorsing organizations across the city, including 14 aldermen.