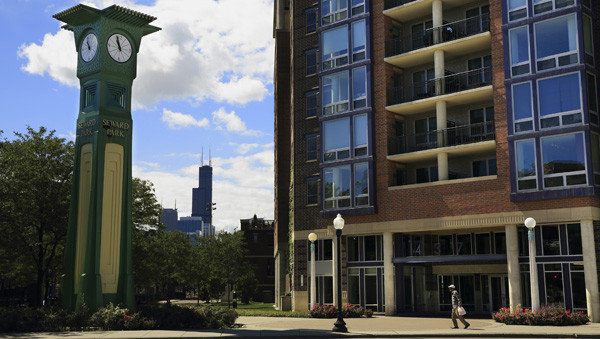 The long-standing ban on letting Chicago residents with criminal records live in public housing would be partially lifted under a proposed pilot program to allow ex-offenders to move in with family members living in CHA properties, a city official said.

The program, which still needs Chicago Housing Authority board approval, would initially be extended to just 50 people. But social service advocates applauded the move, saying the proposal acknowledges a very basic need for people trying to steer clear of a past criminal life — a safe, stable home.

“If we continue to slam doors in the faces of people who are trying to turn their lives around, people will revert back to the street,” said Rachel Ramirez, a community organizer for the Chicago Coalition for the Homeless. “And that is when we see the problem of recidivism.”

Housing and social service advocates lobbied over the past two years for a revision to a rule that generally required ex-offenders to wait five years after leaving prison to be admitted to CHA properties.

They formed a committee, which included ex-offenders, drafted a pilot and even drew the support of then-CHA head Charles Woodyard, pointing to studies that show that 48 percent of the people using Chicago’s homeless shelter system are felons. They also noted the high risk of re-offending during the first few years out of prison.

Then, after Woodyard’s sudden departure in October, the advocates went public with their concerns that the idea would falter, even descending on Mayor Rahm Emanuel’s office to leave a list of 125 organizations and 16 aldermen who had endorsed the idea.

The advocates, though, found a new partner in Emanuel, Ramirez said. On Friday, the mayor and CHA Chief Executive Officer Michael Merchant will be joined by advocates to announce the Family Reunification Pilot, mayoral spokeswoman Tarrah Cooper said.

Under the proposal, former inmates who have shown a commitment to leaving their criminal lives behind would be chosen after an intense screening process with long-standing Chicago agencies that specialize in transitioning ex-offenders back to society.

“The best way to keep people out of trouble is to have a supportive home with a family,” said Merchant, who has worked on ex-offender issues. “I understand the trials and tribulations out there. A safe, healthy environment is key.”

Anyone convicted of an offense that is on the U.S. Department of Housing and Urban Development’s list of banned crimes would be excluded. Those crimes include sex offenses, arson, methamphetamine production and corruption of the federal housing program.