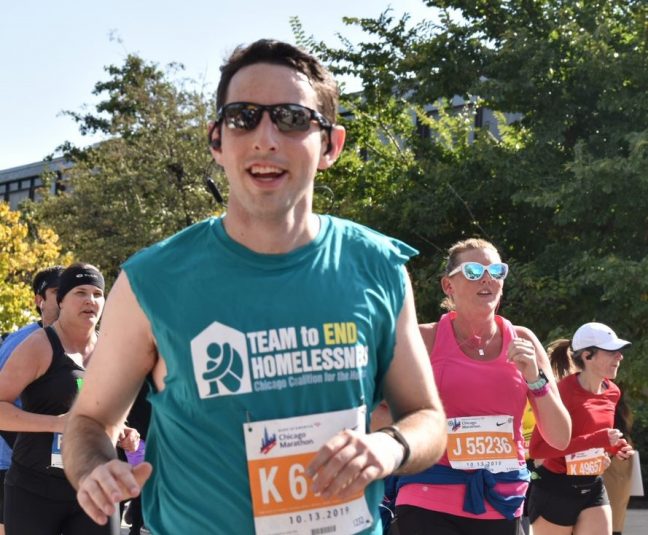 On Sunday, October 9, the Chicago Coalition for the Homeless will once again be stationed at mile 14 of the Bank of America Chicago Marathon to cheer on its largest team to date.

A record 59 participants chose to support the work of CCH through the Chicago Marathon this year. And no matter what their personal time is in the race, their collective efforts are on track to break all of CCH’s past fundraising records associated with the event. Our marathon team has come a long way since our first year as an official charity partner in 2016 when we recruited five runners. Now just seven years later our team has grown ten times that size!

Some of the members of the team are multi-marathon veterans and others are first timers. The team boasts several area runners as well as some people traveling as far as the United Kingdom to run.

We are grateful to all the members of the team that took on this challenge. If you would like to support an individual member of our team, you can do so here.

CCH has been accepted to return as a charity partner with the 2023 Chicago Marathon. Applications for entry will likely open in late October. Information on joining our 2023 Team to End Homelessness will be made available on our website.