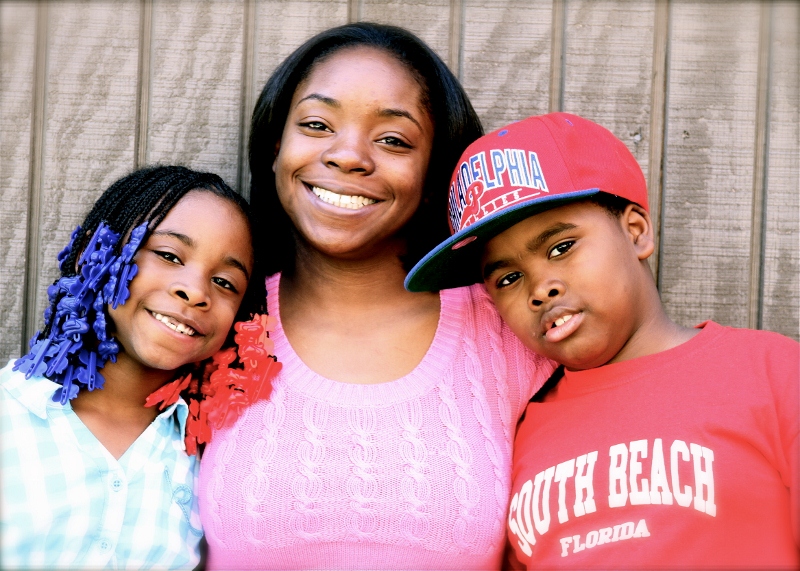 Lovely Sardin turned to the Law Project to help her two children late last year. In 2011, 88% of our legal aid clients were homeless students or youth.

On December 28, a brand-new principal at her children’s South Side school ordered almost 70 children to be served with transfer papers. Although Guggenheim Elementary was closed for winter break, the transfers claimed to be effective immediately.

Most of the children were among 78 homeless students enrolled at Guggenheim, at 7141 S. Morgan. Homeless children – whose families live in shelters, or doubled-up with others – make up a quarter of Guggenheim’s student body.

“I think I cried,” Lovely recalls. “A lady in the front office said she was calling me because they’re transferring kids out of the school. She said this is not a choice. She said, ‘Can we come over to deliver the transfer papers?’”

Upset, Lovely says she hung up the phone – then called right back. A school secretary claimed that the school “wouldn’t be a safe learning environment” because students were leaving and teachers would call in sick while they searched for new jobs. 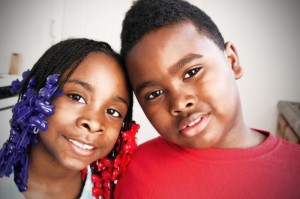 “That afternoon, our transfer papers were taped to the front door of the apartment building. It was outside for everybody to see. They did that to other families.”

On top of that, Guggenheim children were not referred elsewhere – parents were just told to find another school before classes resumed Jan. 9. At the time, Guggenheim was being considered for closure, though it would be two more months before the Chicago Public Schools (CPS) finalized plans to close Guggenheim this June.

Guggenheim’s homeless students have included Lovely’s children, Princess, 6, and Prince, 7. Lovely works full-time as an aide at an agency for the mentally ill, but in 2010, she could not keep up with housing costs. Lovely had to move in with her mother in an adults-only building, and her children moved in with their dad nearby. Lovely and the children reunited in their own apartment last fall.

The last thing Lovely – or any of the parents – say they wanted was to see their children crying about an abrupt mid-year change of school. The parents started to look for help.

At Guggenheim, homeless liaison Sherrí Dabney-Parker gives her cell phone number to families. When the calls started rolling in, Mrs. Parker and a science teacher, Kimberly Walls, tried to get answers from the school office, then contacted the teachers’ union. And using outreach materials distributed to homeless families, the parents contacted the CCH Law Project. 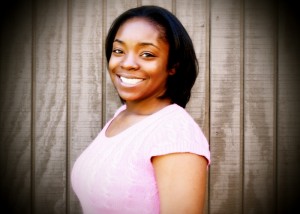 Parents were told they were not allowed to gather at school, so teachers found a Laundromat willing to host a meeting. There, our attorneys met with families to reassure them that the transfers were illegal, helping them plan the children’s return to school in January.

“The parents didn’t worry any more,” says Mrs. Parker, “because they knew they were going back, and the kids weren’t crying anymore.”

When classes resumed, our attorneys were there to help. And this spring, working with the Law Project, Guggenheim parents will be advocating for fall transfers that will meet their children’s needs.

As Lovely points out, “Our kids shouldn’t have to transfer to another school that’s on probation, or going to close in another year or two.”

Because of a court order won by CCH, every Chicago Public school must have a trained staffer as a liaison for homeless students. Liaisons like Sherri’ Dabney-Parker make a difference. Mrs. Parker worked with several other teachers, including Rosie Burns, Cassandra Baughn and Kimberly Walls, to help children when issues arose at Guggenheim. Says parent Lovely Sardin, “If it weren’t for Mrs. Parker, the kids would not have returned to school.”

Four organizers and a youth attorney offer outreach at more than 30 shelters, housing and street programs. Outreach is focused in Chicago, but new efforts are reaching programs that serve Spanish-speaking people and shelters downstate, including Aurora, Bloomington and Waukegan.

Last fall, CCH and The Night Ministry successfully advocated that Chicago resume funding an overnight youth shelter, piloted the previous winter. We also advocated for a second 20-bed youth shelter, scheduled to open in 2012. This will increase the city’s youth shelter capacity by 40 beds (18%).

CCH persuaded legislators last November to restore a $4.7 million (52%) cutback to shelters and transitional housing across Illinois. The new FY2013 budget proposed the same cutback: Again, CCH mobilized people to challenge this drastic cutback to a safety net that literally keeps people off the street — and we won again, with legislators voting on May 31 to maintain funding. We also persuaded them to restore some of the recent cutbacks to homeless youth programs and homeless prevention grants for families.