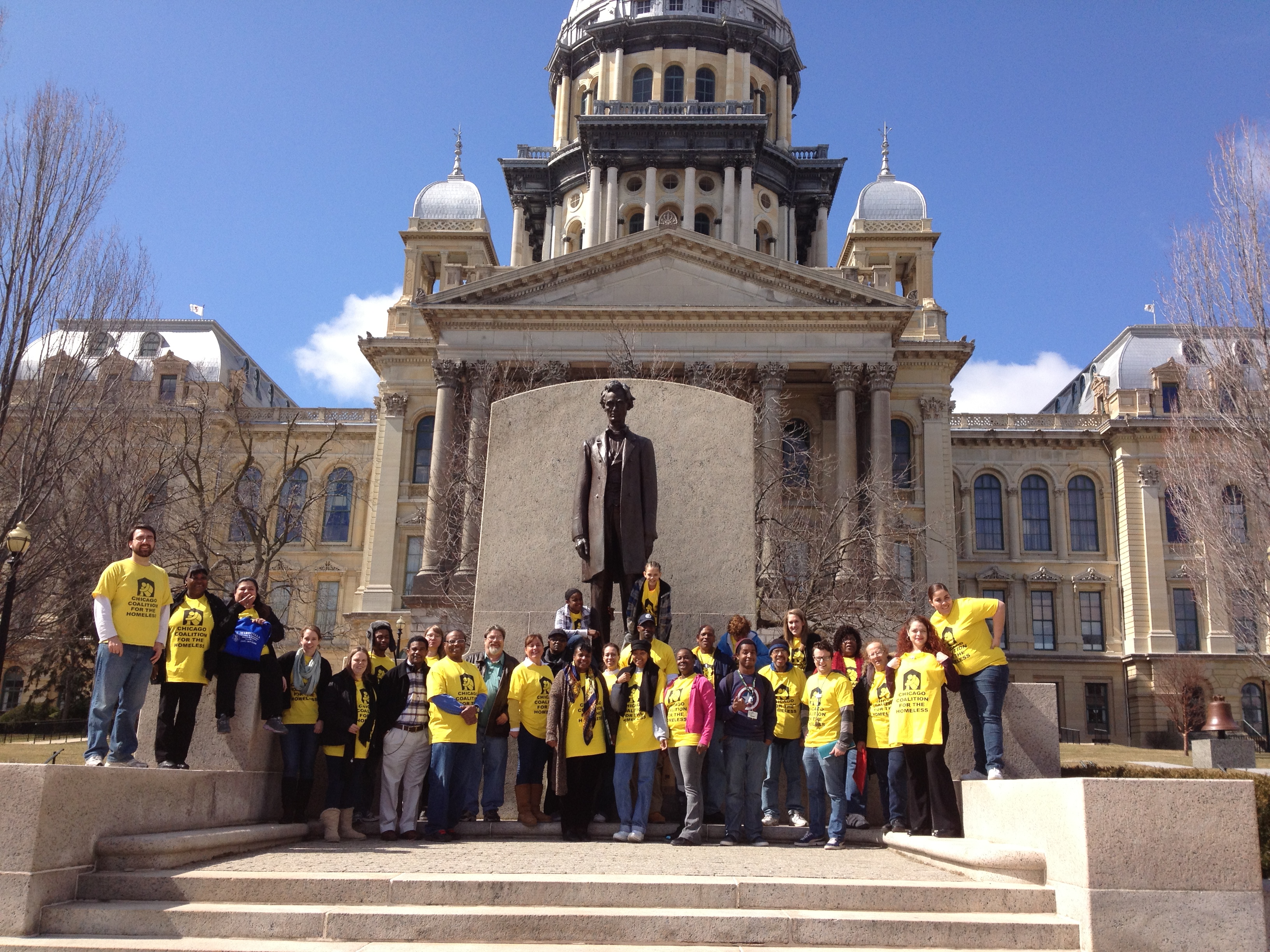 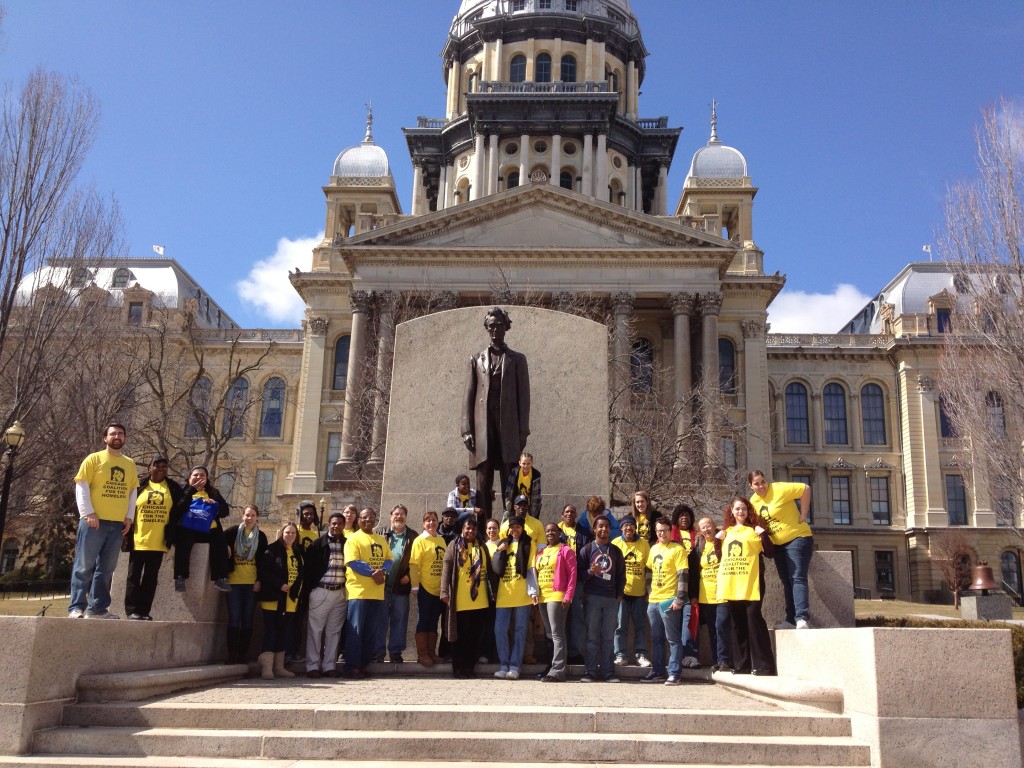 Our leaders spoke about the need to maintain funding in these safety-net programs. CCH supports much of the governor’s FY 2014 budget plan, which proposes no funding cutbacks for emergency shelter and transitional housing, homeless youth services, and a homeless prevention program that provides one-time help to families.

For the past two fiscal years, CCH successfully organized support to stop dramatic funding cuts proposed in the governor’s FY12 and FY13 budget plans, including a $4.7 million (52%) cutback to shelters and transitional housing.

This week, CCH leaders also advocated for $3 million for homeless education funding, as proposed by our Law Project and recommended in the state Board of Education budget plan.

Further cuts are possible because the governor’s budget plan is $500 million more than the revenues projected by the Illinois House.