There were 18,669 Chicago Public Schools students living in homeless situations at the end of the last school year. This was an 8.2% increase over the prior year’s count of 17,255. The problem is not just in Chicago, it’s a global problem.

In recent years homelessness has grown drastically. Research has proven a close correlation between poverty and homelessness. The term “homeless” carries a negative connotation to some people. But we shouldn’t think that way. Homelessness can refer to many different situations and different people, including a child or someone with a severe medical condition but many people don’t know that. Homelessness is a social problem in our community caused by people who lack regular access to housing, and several other factors such as mental illness, drug abuse, physical or sexual abuse, or simply not having enough money. Because it is a social issue, everyone has a part to make sure that this problem does not keep growing. 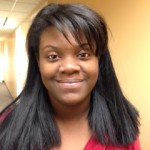 Coming from a family where I was homeless at a young age inspires me to help other people. Having to go to school and eat the school lunch because that would be my dinner are the times I will never forget. Or seeing my mother cry every night because she couldn’t feed and bathe us properly keeps me motivated. Having somewhere to live is a privilege many people take for granted. Here at the Chicago Coalition for the Homeless, we believe housing is a human right in a just society. As citizens, we have to pay attention to other issues besides economic and political things. This issue will keep growing until it reaches a point of desperation, where no one can control it.

Thanksgiving is less than a week away. Think about the mothers who can’t provide their families with a place to cook a hot Thanksgiving meal. This is why people like me, and the Chicago Coalition for the Homeless, want to help and try to prevent this social problem that desperately needs resources.

Born and raised in Chicago, Ca’Shawnna Chairse lives in the Chatham neighborhood and is a senior at Wells Community Academy. She participates on the dance team, softball, drill team, Color Guard, National Honor Society, Aspira and Student Council. In her spare time she enjoys watching football, reading, and singing. Ca’Shawnna is waiting to hear back from colleges, having finished all her applications. She plans to become a sports agent in the future.