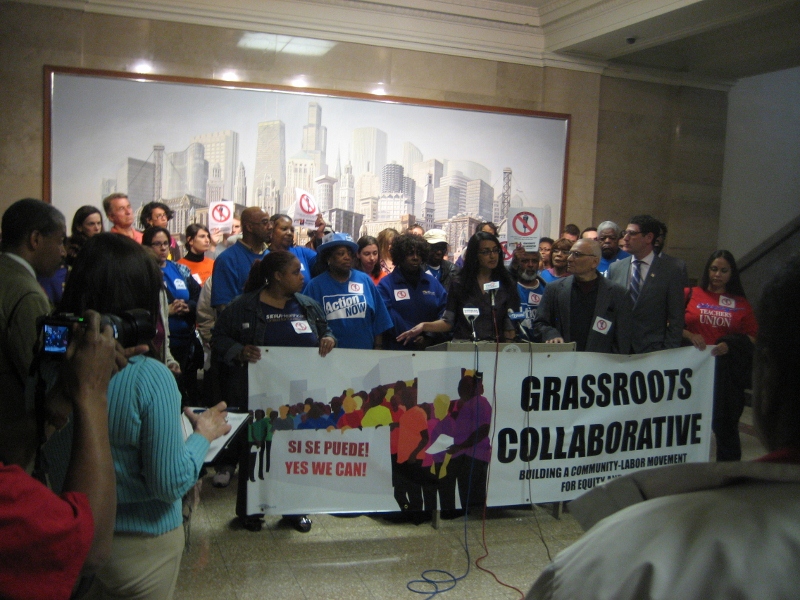 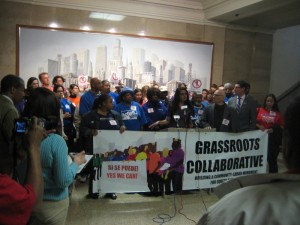 Members of the Grassroots Collaborative, including CCH, spoke out at City Hall Tuesday against the mayor’s proposed Infrastructure Trust. The Collaborative cited inadequate oversight and transparency for a funding plan that will allow $1.7 billion of private investment in city infrastructure.

Seven aldermen proposed alternative ordinances that would have required City Council approval of all Trust-funded projects, and given the city’s inspector general the power to investigate projects. But Mayor Emanuel’s Trust proposal passed without those oversights by a vote of 41-7, six weeks after it was first proposed.