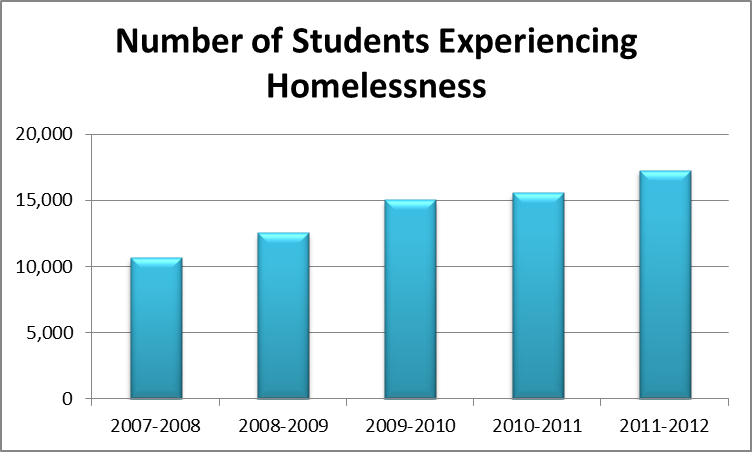 Chicago Public Schools (CPS) served a record number of homeless students in the school year that ended in June.

CPS identified 17,255 homeless students in 2011-12, a 10.7% increase from the prior year’s record, according to its office of Students in Temporary Living Situations.

The homeless enrollment included 3,005 unaccompanied youth – teens who were homeless without a family or guardian yet attending school.

The Law Project at CCH works extensively with homeless families in the city and suburbs, assisting students in securing access to school and needed educational services. CCH served 210 student clients in FY 2012, including students impacted by several CPS school closures.

“Like other school districts statewide and nationally, CPS has served a record number of students experiencing homelessness year after year,” said Associate Law Director Patricia Nix-Hodes. “Schools must provide stability and support to the increasing number of families and youth in crisis. Families and youth need affordable housing and jobs to prevent and end homelessness.”

Schools across the U.S. have strengthened their support of homeless students in part because of the requirements and funding offered by the McKinney-Vento Homeless Assistance Act. President Reagan signed it into law 25 years ago, on July 22, 1987. The act was reauthorized in 2002. 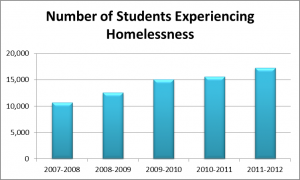