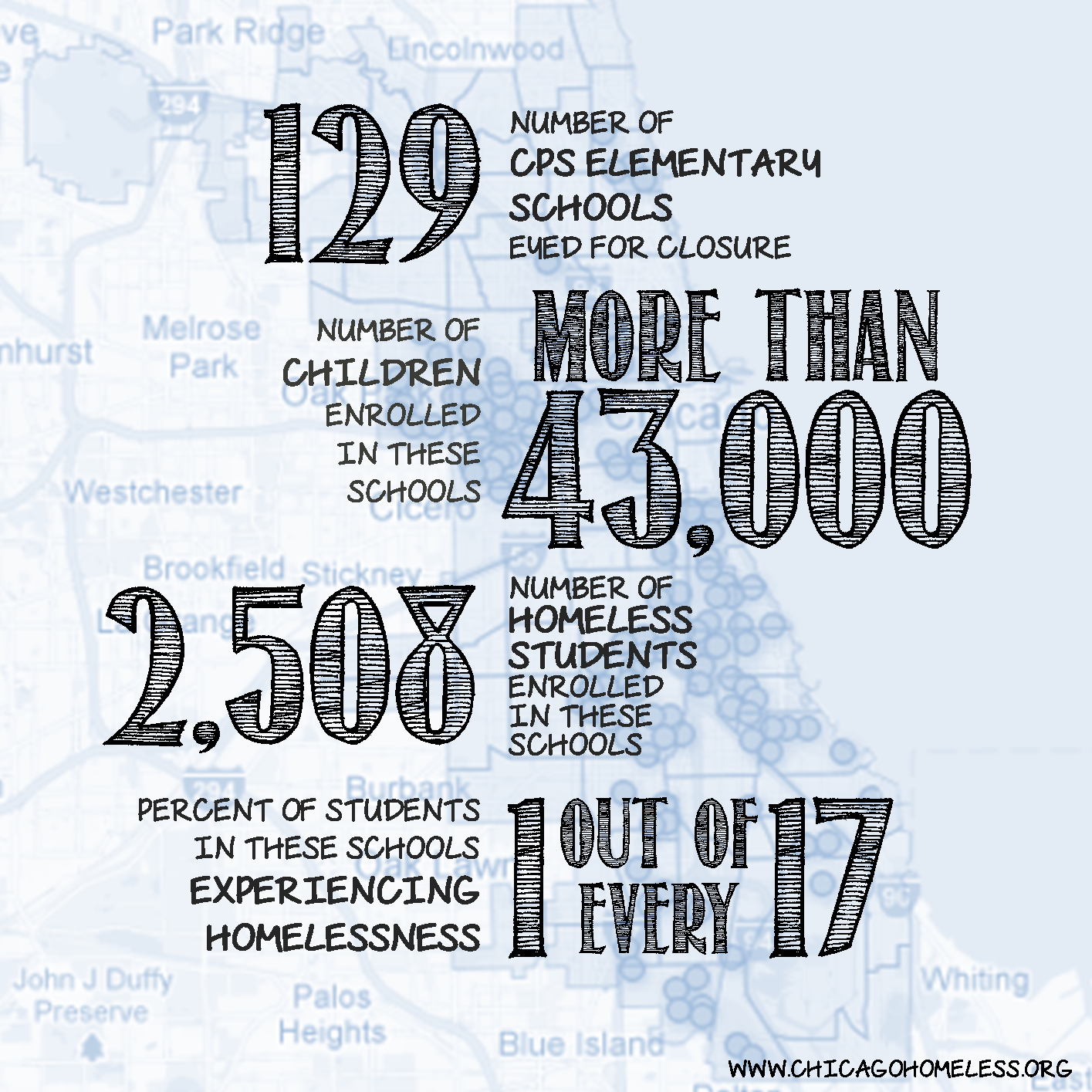 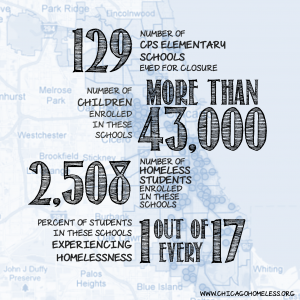 Last week, Chicago Public Schools (CPS) released a list of 129 elementary schools that it is still considering for closure next school year. These schools enroll more than 43,000 students, including 2,508 children and teens are identified as homeless.

Most of Chicago’s homeless students attend neighborhood or alternative schools, with homeless enrollment tracking almost 5% ahead of last year’s CPS record. At this pace, more than 18,000 homeless CPS students will be identified by the end of this school year.

Systemwide, about 4% of CPS students are homeless. Meanwhile, the homeless rate is 6% in the 129 schools being considered for closure — this indicates that homeless students would be disproportionately affected by these closures, which must be announced to the public by March 31. In addition, the December deadline to apply to selective enrollment schools has already passed.

School closings of this magnitude would have a disruptive impact on children and families, and inevitably destabilize neighborhoods, children and youth. Last school year, 9,552 Chicago students were displaced by the closure, phaseout, turnaround, or co-location of 23 schools, including 969 (10.1%) students who were homeless.

With little time last year to suitably prepare, the remaining schools were ill-equipped to handle an influx of new students, resulting in shortages of textbooks, desks, and other essential supplies. Transitional services were weak, with CPS firing its transitional administrative staff in the middle of the transition process. CPS lost contact with almost half of the displaced families, according to information it gave to the Chicago Educational Facilities Task Force.

For more about the 129 schools being considered for closure, check out this map and detailed table produced by the Chicago Tribune.