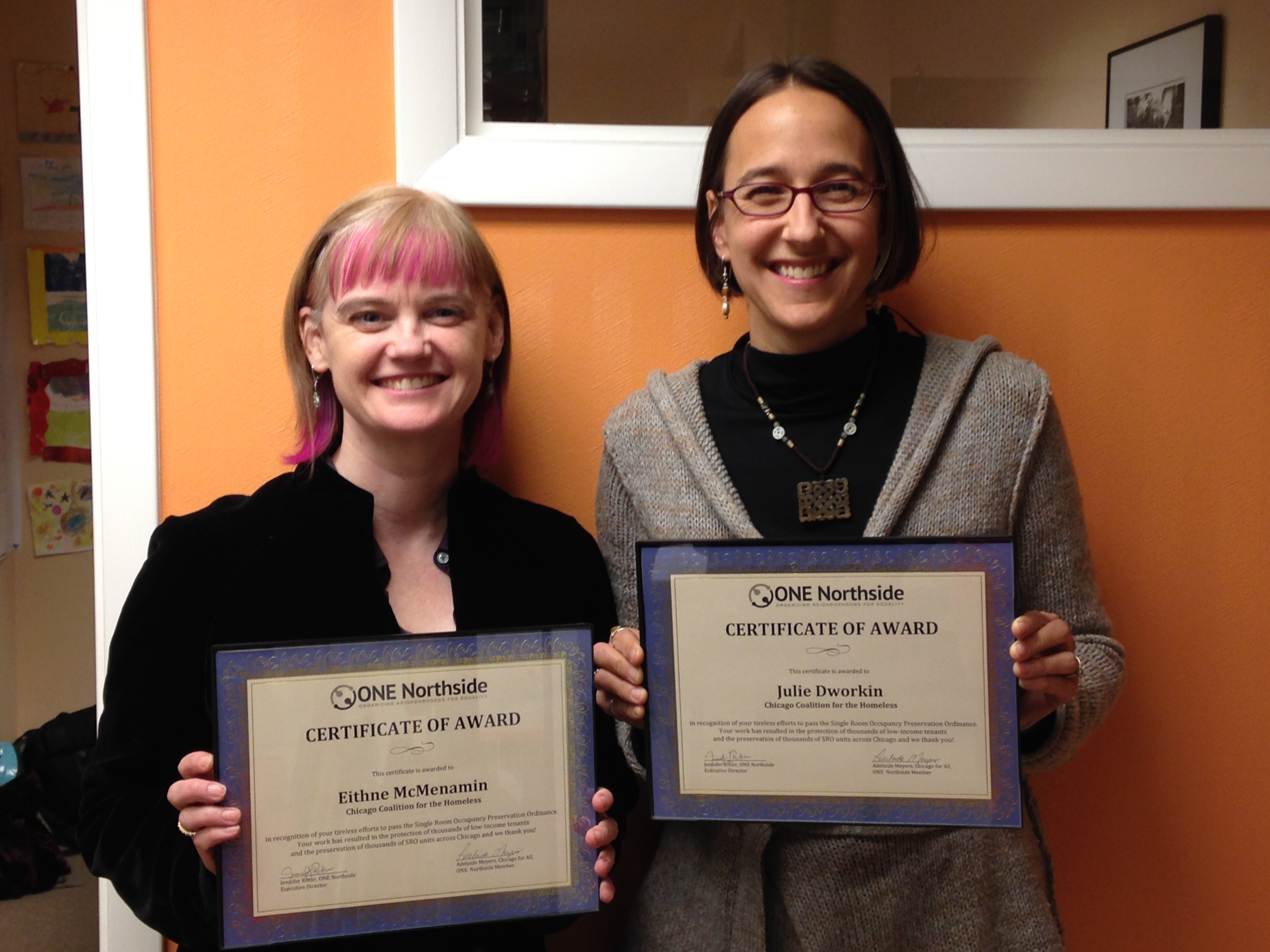 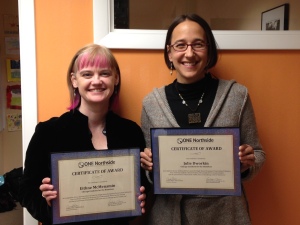 The Chicago For All coalition celebrated passage of the Single Room Occupancy (SRO) Preservation ordinance Monday night in Uptown.  The event was attended by many leaders from ONE Northside, the campaign’s lead organization, as well as staff from partner groups and several key staff from Mayor Rahm Emanuel’s office.

CCH’s Eithne McMenamin and Julie Dworkin were honored for their policy work in developing and negotiating the ordinance as well as assistance with building aldermanic support and campaign strategy.

The ordinance goes into effect in December. It addresses several key issues: