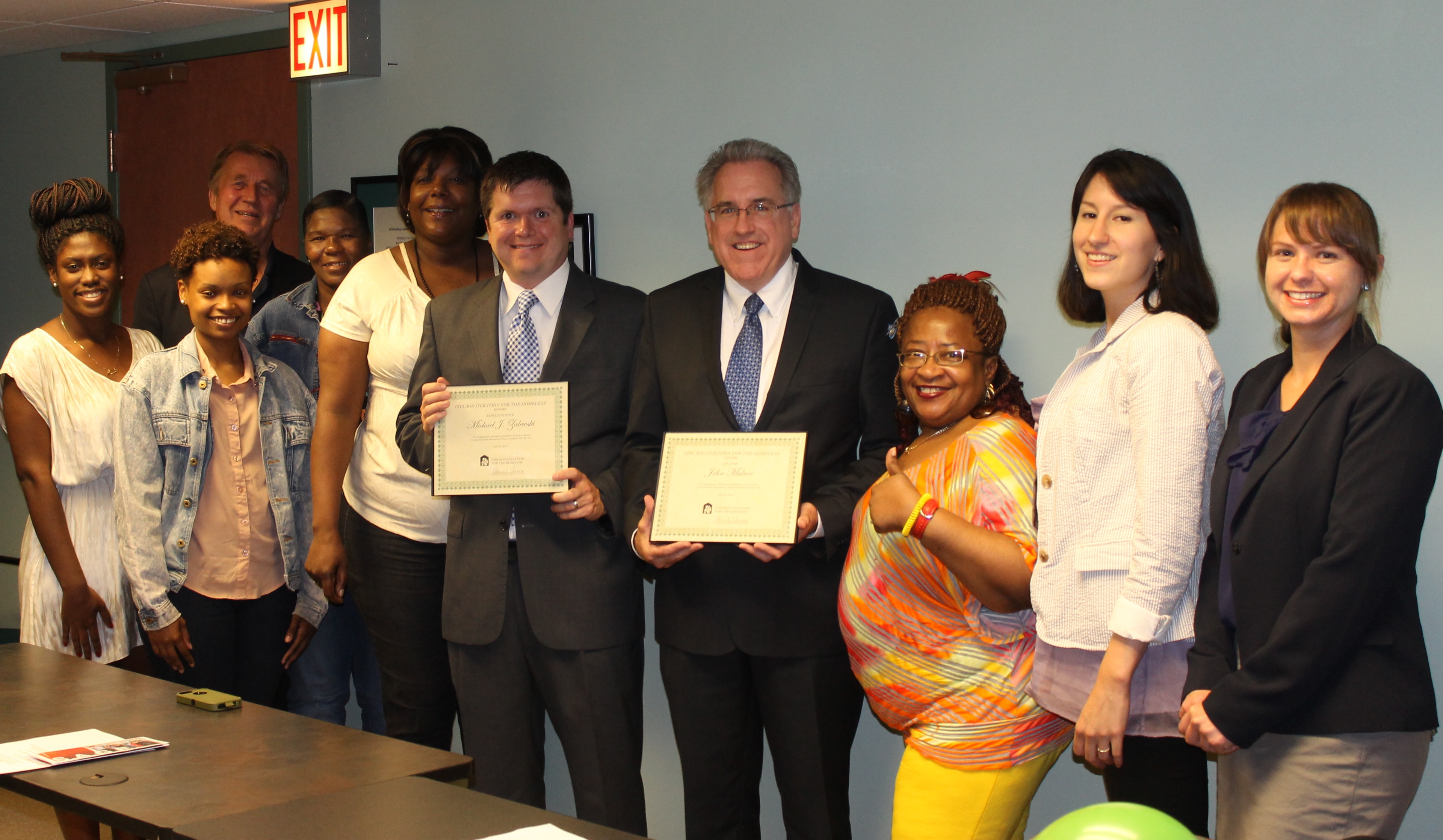 Today, CCH staff and SAGE leaders honored two state legislators for their leadership in sponsoring a bill that would eliminate felony-level prostitution charges in Illinois.

State Sen. John G. Mulroe (D – Chicago) and State Rep. Michael J. Zalewski (D – Riverside) were thanked for their co-sponsorship of Senate Bill 1872. The measure is expected to be signed into law this summer.

(Editor’s Note: The bill was signed into law by Gov. Quinn on August 23, and is effective immediately.)

Members of SAGE (Survivors Advocacy Group Empowered) are women who have survived sex trafficking and/or prostitution. SAGE led organizing support for the End Demand bill, advocating with legislators in Springfield, including Glenda Sykes’ testimony before Senate and House committees.

On the heels of this victory, CCH’s work to address the intersection of homelessness with sex-trafficking and prostitution is entering an exciting new phase. SAGE and CCH’s Prostitution Alternatives Roundtable (PART), a project that mobilizes service providers and advocates, have joined together in a partnership. Combining the passion and expertise in both groups will create a powerhouse for fighting for systems change and justice for survivors of the sex trade.

The SAGE-PART partnership began June 25, during a retreat with 20 participants. After celebrating SB 1872, attendees participated in a relationship-building exercise, shared issue lists, and decided as a group on three areas of focus where our work could make a concrete impact.

Organizing Director Jim Field and Policy Director Julie Dworkin guided the group through a consideration of context, including political landscape, existing relationships, and non-duplication of efforts by other entities. SAGE and PART identified three areas of focus for their work:

* Safe shelter/housing and services for survivors, including pre-arrest diversion programs

Retreat attendees each joined a workgroup to conduct research on the three focus areas. Following the retreat, SAGE and PART will meet bi-monthly to allow relationships to solidify and for initiatives to gain momentum.

CCH is excited about the powerful potential and significance of survivors and advocates working closely together, playing equal roles in defining priorities, conducting research, cutting the issue, and ultimately taking action that will improve the lives of people who have been trafficked and prostituted. Stay tuned!