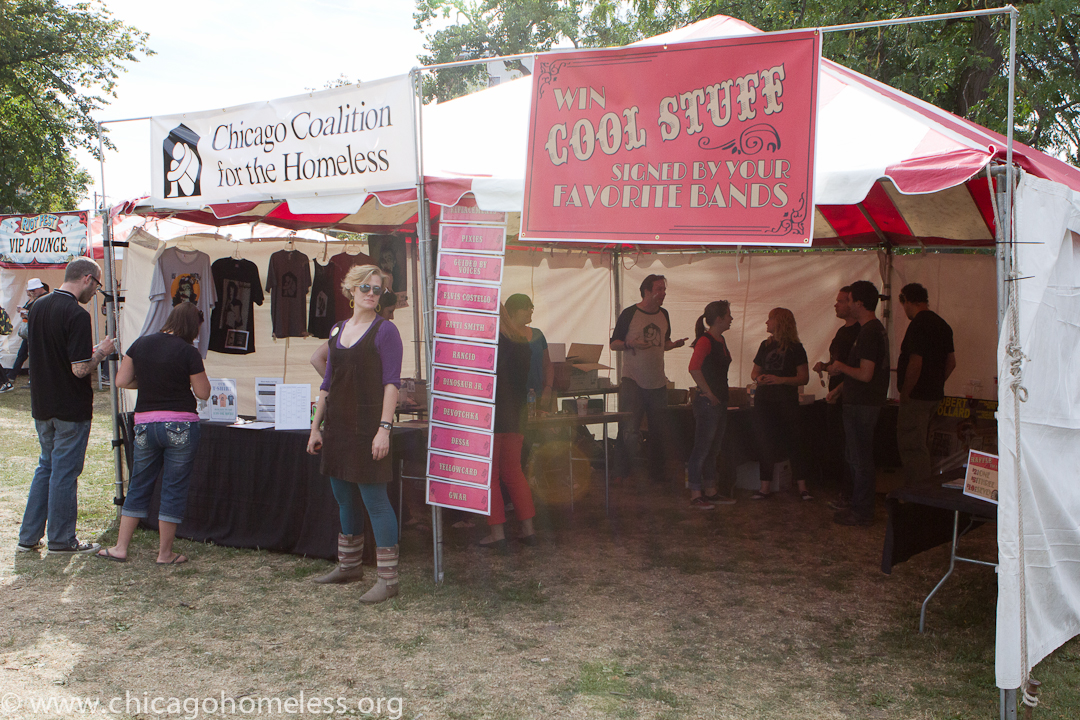 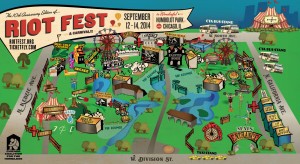 Chicago Coalition for the Homeless was proud to be the official charity partner with Riot Fest Chicago. The three-day music festival and carnival in Humboldt Park held its 10th Chicago extravaganza Sept. 12-14. Riot Fest boasted an impressive lineup of over 125 bands, including The Cure, Jane’s Addiction and The National, with a full carnival of rides, a haunted house, and 9-hole mini golf course.

Thanks to our new friends at Emporium Arcade & Bar, the CCH-hosted tent featured 20 classic arcade games. Our tent was located on the north end of Humboldt Park, near the Riot Stage. Like last year, CCH raffled off cool prizes contributed by many of the festival’s acts. Autographed guitars, albums, t-shirts and posters all went home with the lucky fans that purchased a chance to win – helping our non-profit earn $24,000 this year.

CCH had so many prizes, we created a separate blog to catalog it all. Check out our offerings here: www.cchriotfest.tumblr.com

Since 2010, the good folks over at Team Riot Fest have helped CCH raise awareness as well as critically needed funds – now $92,000. We could not be more grateful to Riot Fest.