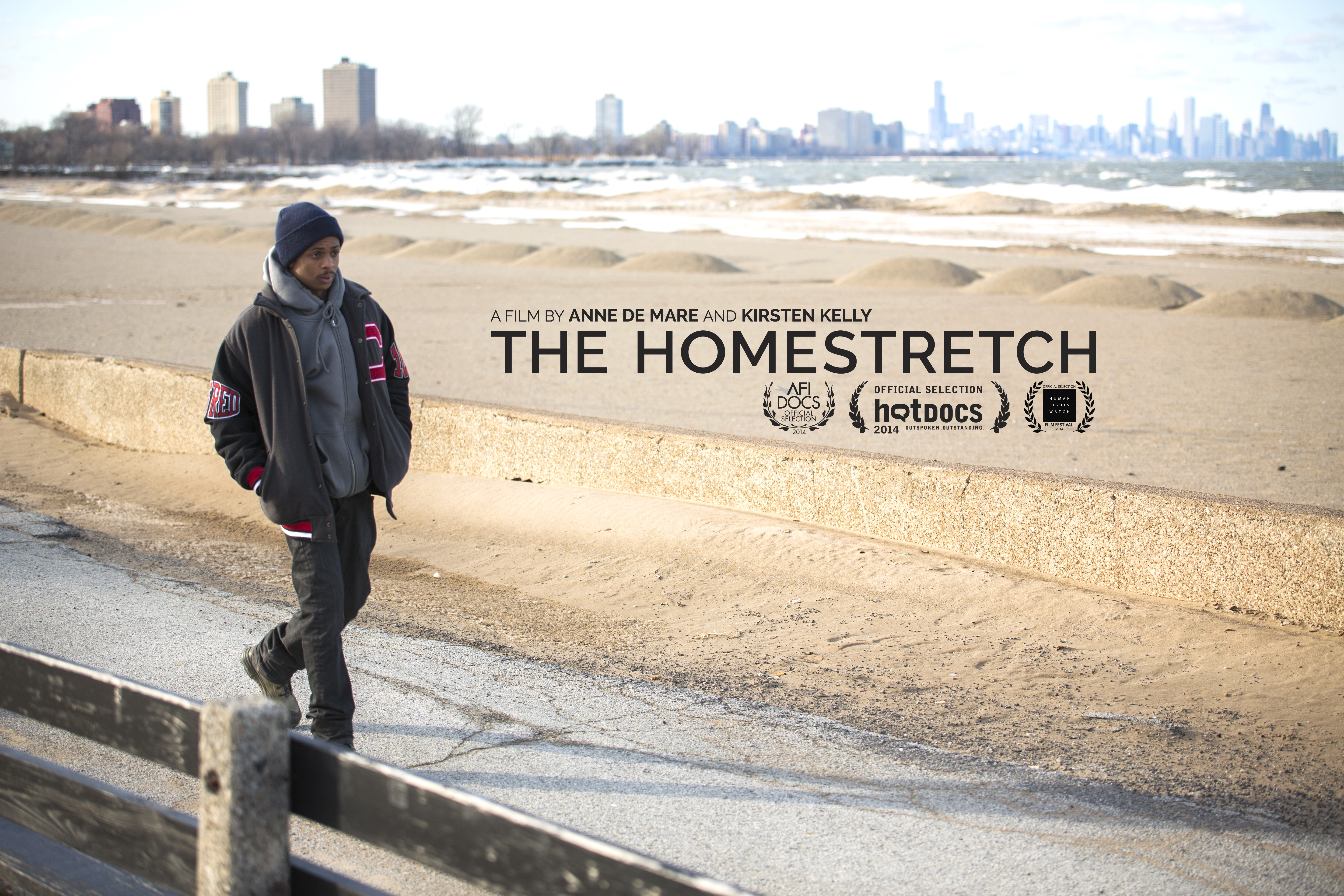 CCH is proud to host a premiere run screening of The Homestretch on Monday, Sept. 15 at the Gene Siskel Film Center, 164 N. State St.

Donors and supporters have been invited to view the 89-minute film at 6 p.m., followed by a brief panel discussion featuring Director/Producers Anne de Mare and Kirsten Kelly, CCH youth leader Tia Carter, Homeless Liaison Patricia Scott (Prosser Career Academy), and one of the youths featured in the film.

The film follows three homeless Chicago teenagers as they struggle to maintain consistent housing, stay in school, and plan for the future. Through these stories, the filmmakers challenge the commonly held stereotypes of homelessness.

Illinois public schools identified 59,112 students as homeless during the 2013-2014 school year, including 22,144 in Chicago Public Schools. The statewide number has increased by 7.7% since the previous school year, and more than doubled (121% increase) since the 2008-09 school year, when $3 million in homeless education funding was last included in the state budget.

You can honor the struggles of homeless youth in Illinois by asking your state legislators to restore funding to homeless education here.

You can also ask Mayor Rahm Emanuel to dedicate $1 million to support homeless students in the Chicago city budget here. The CPS office of Students in Temporary Living Situations (STLS) needs funding for resources such as transportation assistance, outreach, tutoring and social services.