Chicago Coalition for the Homeless and its Law Project has awarded renewable $2,500 college scholarships to four students who succeeded in high school while coping with homelessness. Funded by private donors and grants, CCH has awarded $275,000 to 55 students over the past 13 years.

“We are inspired by these remarkable students,” said Law Project Director Patricia Nix-Hodes. “Despite unstable housing and other barriers, they have demonstrated a commitment to their education. We look forward to seeing what these leaders accomplish in their college years and beyond.”

In May Gesenia earned a bachelor’s degree from DePauw University in Greencastle, Ind., majoring in religious studies and spending a term in China. She served as a DePauw Presidential Ambassador, president of her sorority, and participated in DePauw student government. This spring Gesenia won a prestigious Fulbright award to teach English in Taiwan next school year. She hopes to later earn a master’s degree in international studies, with an eye to entering the diplomatic service.

In her address, Gesenia talked of the difficulties she and her sister overcame: Forced as teens to separate from their mother in Colombia, the girls returned to the U.S. They stayed with one relative before becoming homeless, then were allowed to double-up with a relative who made them live in her basement. Gesenia sold chocolate bars at school to earn money for herself and her sister, earned good grades, and was active at Chicago’s Carl Schurz High School. She credits Schurz counselor Eve Kelly for getting her to apply in 2013 for the CCH scholarship — “pushing the application on me about four times.”

“Having received the scholarship changed my outlook on my identity,” said Gesenia. “Being apart of a group of scholars so determined despite their obstacles means something bigger.

“The concept of home as a homeless student is often fuzzy or seems unrealistic. Throughout my life, I lived in two different countries, three different states, and have attended over 11 different schools. I have found that home is more than a physical structure. Home is finding appreciation in yourself. Home is surrounding yourself with individuals that will push you, that will challenge you, and that will care for you simultaneously.

“For my new and current recipients, remember that your story matters and that transformation in our communities is coming. Be patient with yourself, because healing isn’t linear. You have overcome so much and your strength will take you many places. For the donors and people who have supported homeless students, just know that your work doesn’t go unnoticed. Your dedication to be agents of change have transformed my life and the lives of others more than words can thank.”

To date, 14 scholarship recipients have graduated with bachelor’s degrees, 39% of the 36 students eligible to do so. This compares well per a February 2015 study that showed just 9% of students from the lowest income bracket ($34,160 or lower) had earned a bachelor’s by age 24 (University of Pennsylvania and Pell Institute for the Study of Opportunity in Higher Education). Three additional CCH scholarship students have earned associate or nursing degrees.Supporters of the scholarship program, the family, friends and teachers of our students, and program graduates are invited to attend the public, free-of-charge event.

Also honored were 14 rising sophomores, juniors and seniors, earlier scholarship winners who will receive renewal awards of $2,500. They attend the School of the Art Institute of Chicago, Blackburn and Columbia colleges, DePaul and North Park universities, University of Illinois campuses in Chicago and Champaign, and the historically black colleges and universities of Benedict, Howard, and Tougaloo.

The Law Project launched the program to encourage and showcase homeless youth with whom it works – in 2016, 87% of its 404 legal aid clients were homeless students or youth. CCH scholarships help graduating seniors who have experienced homelessness, some of them for most of their lives. Long focused on helping Chicago Public Schools students, suburban students have been eligible since 2015.

Eighteen high school seniors applied by the April 14 deadline. The 2017 winners are: 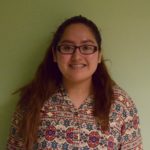 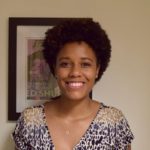 Niani Scott, Bolingbrook – University of Illinois-Champaign: With experience blogging and in poetry competitions, Niani has decided to study at U. of I.’s journalism school. When she was a high school freshman, Niani was represented by the CCH Law Project and a Chicago law firm after school officials questioned her family’s then-homeless status. She later finished high school in South Africa, after securing a scholarship to study abroad. Taking a gap year before college, Niani has worked at the law firm that once helped her, Burke, Warren, MacKay and Serritella. 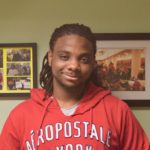 Prince Washington, Chicago – University of Illinois-Springfield: Prince plans to study political science with a minor in educational leadership. He wants a career as a teacher, and one day to enter politics. Prince said he loved his years at Argo Community High School in suburban Summit – in part, because after homelessness forced him to move out of the district, school officials encouraged him to stay at Argo. That’s the option that state and federal law allows for homeless students, but Prince said school officials, particularly Supt. Kevin O’Mara, were always there for him and helped him succeed. Prince participated in Argo’s theater program, speech team, and the Principle’s Advisory Committee, and works in restaurants to support himself. 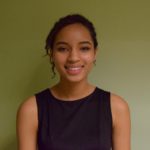 Avery Williams, Chicago – Savannah College of Art and Design: A talented artist, Avery plans to study animation and visual effects for movies and TV. Avery said she always loved how movies offer “a break from the problems and stresses in your life” – something her family experienced when living in shelters. She earned a 4.06 GPA and participated in three exhibitions during two years studying art at Gallery 37. Avery also works part-time for her mother’s catering service, Moxie Chicago.

The college scholarship program is funded by designated donations and by grants from the Osa Foundation, Susan W. Pearson Memorial, and the North Shore-based Student Alliance for Homeless Youth. All donations to the program are fully tax-deductible.