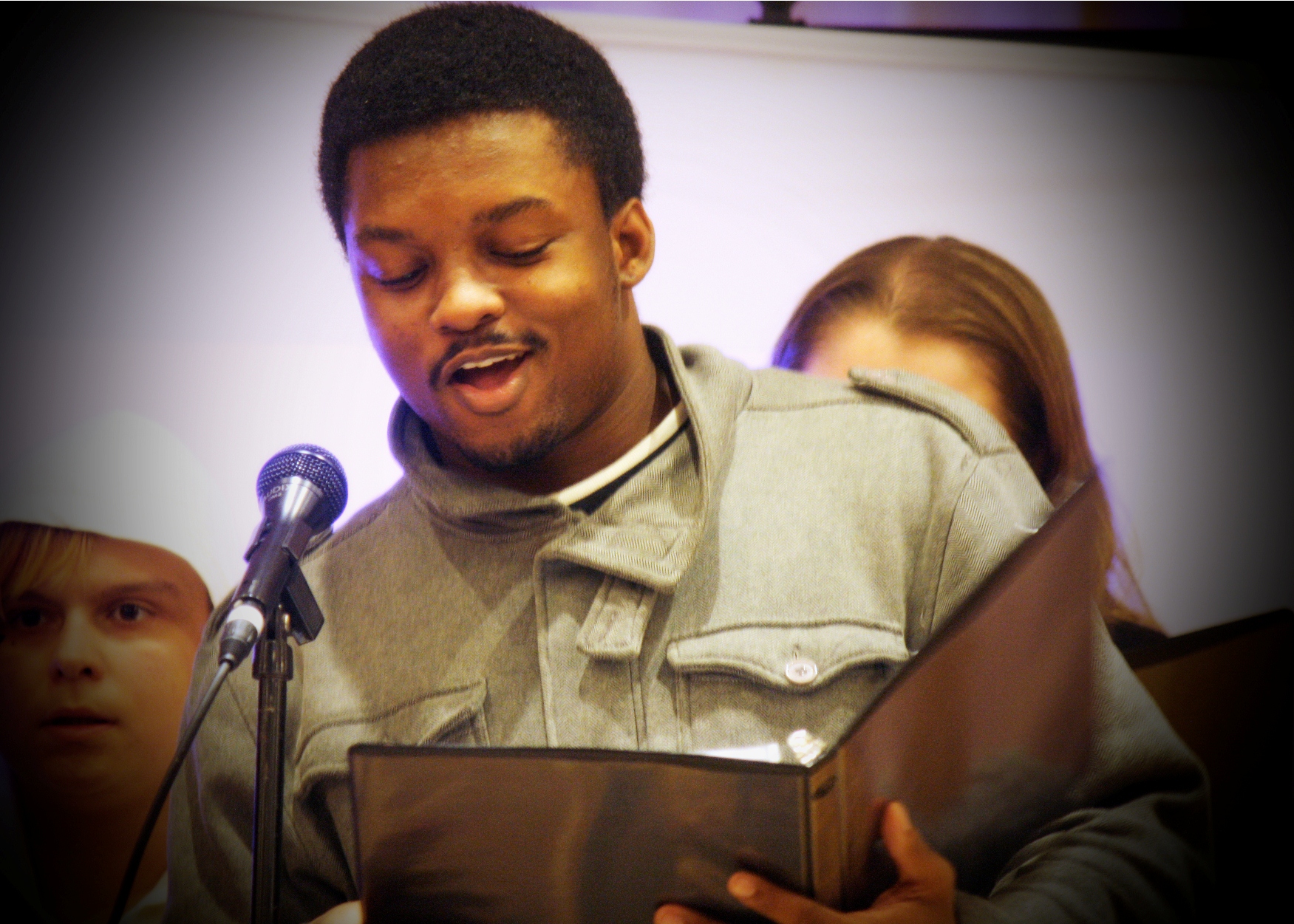 That was how “J-Real,” a youth participant in last night’s Still Standing Strong event, finished his time at the microphone. It was a sign of the social media-saturated times. It was also one of several reminders of a basic and intrinsic need that homeless and formerly homeless youth carry: the need to be heard, the need to express their feelings and know that someone out there is receiving the message.

Last night’s 7th Annual Homeless Youth Art Show and Speak Out was a vital platform for that expression. Those in attendance were treated to original poetry, singing, lip-syncing, visual artwork and a drum circle finale. The core performers are members of a street youth activism group, which is co-sponsored by CCH, The Night Ministry, and Lakeview Action Coalition.  The group is called H.E.L.L.O., which stands for “Homeless Experts Living Life’s Obstacles.”

The event is a safe space for homeless youth to put their dreams on full display in a nurturing environment. For youth who have already spent years surviving on the streets, taking advantage of the opportunity to just be youthful  is an act of courage.

“This night is worth it just to see the smiles on their faces,” said Dem Hopkins, a new CCH Board member and first-time attendee.

Kudos to State Rep. Greg Harris for his regular attendance at the youth art show, and to the city’s deputy commissioner for homeless services, John Pfeiffer, who also attended.

“I come every year and I urge the young men and women in this room to keep travelling down to Springfield to talk to my colleagues,” Rep. Harris said. “ We need to keep telling them that these important services are not a place to cut.”

U.S. Rep. Jan Schakowsky’s constituent advocate, Taina Rodriguez, pledged the congresswoman’s continued support.  “We will continue to fight for you, you are at the forefront of our mind every day in Washington,” she said.

But these youth are not content to sit on the sidelines while others advocate for them. They spoke of their activism with pride. It was their pointed mission to remind everyone throughout the night the startling facts surrounding youth homeless and the disparity in the government’s response.  Every night in Chicago there are an estimated 2,000 homeless youth without a place to stay, and only 209 shelter beds to serve them.

The members of H.E.L.L.O. recognize that inequity and are prepared to keep us focused on it as well.  They handed out fact sheets and urged everyone to contact their representatives and Gov. Quinn to ask that funding for homeless youth services be restored by $1.5 million, to 2008 funding levels (a total of $4.7 million).