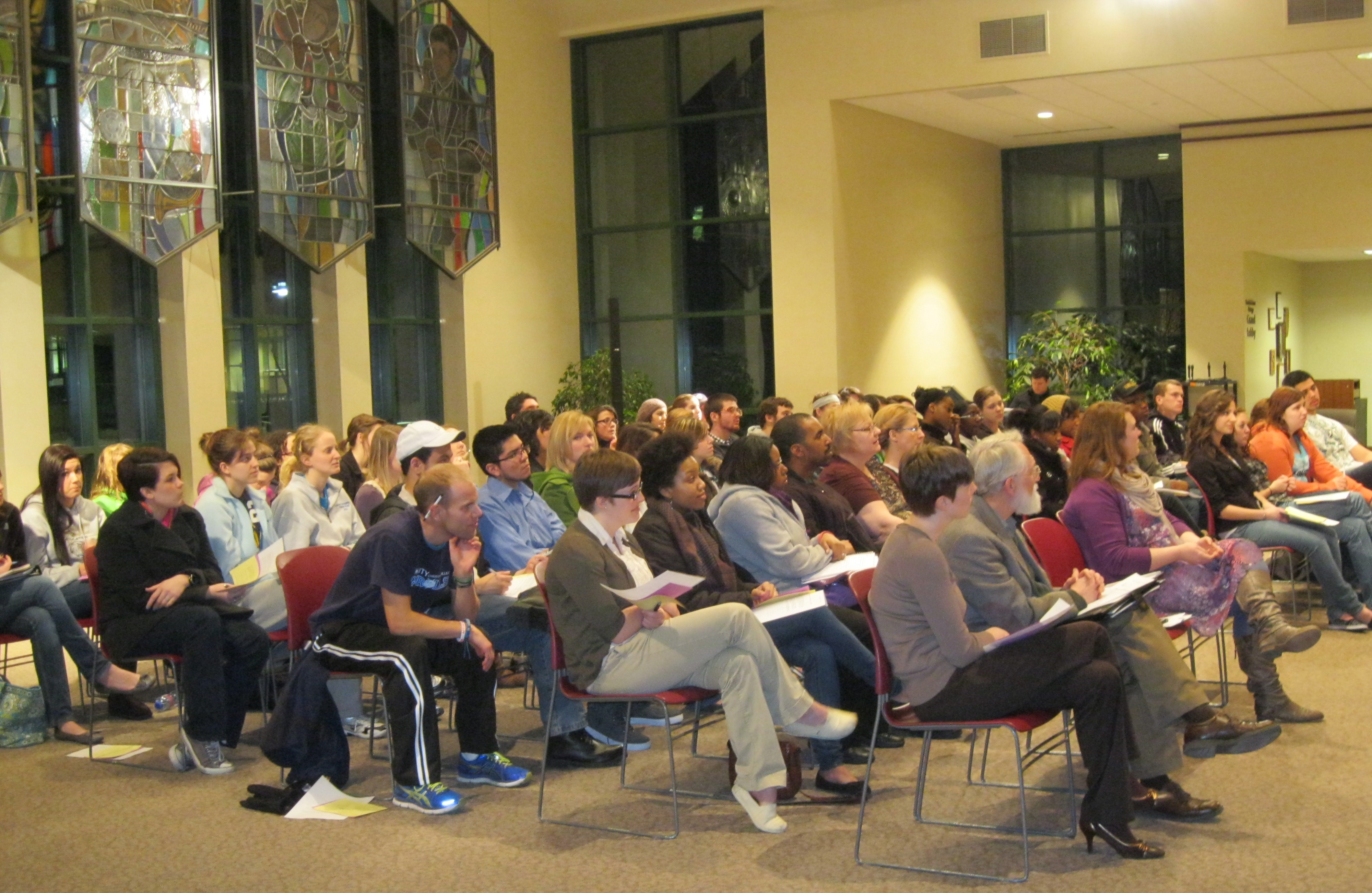 Our Speakers Bureau teams kicked off the week with some wonderful audiences in the north and south suburbs – speaking Sunday morning at North Suburban Synagogue Beth El in Highland Park and Monday evening at Trinity Christian College in Palos Heights.

At the start of Beth El’s annual Mitzvah Day, 200 people turned out to hear Ashley Allen, Jose Vasquez and Stephanie Hooker talk about what it was like to cope with homelessness, including in their youth.

Beth El members were asked to write their state representative, Karen May, urging her support to preserve state funding for programs that help homeless youth. Homeless youth funding of $3.2 million is 32% less than it was three years ago (FY08). The governor’s current FY13 budget plan proposes to keep youth funding level, with no further cuts.

The congregation’s letters were touching.

“The youth of our generation are the future of society. We must protect them,” wrote one woman.

“Youth are the future, and their protection stability and safety are fundamental to the future of society,” wrote another. 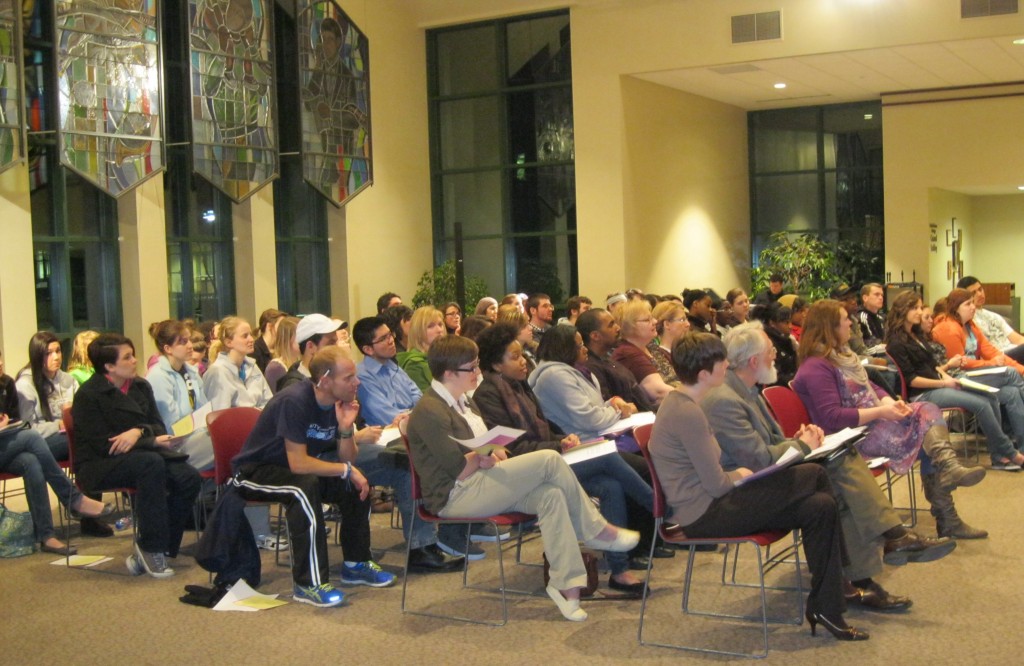 The event was organized by one of the Bureau’s college interns, Liz Brice. Liz is a senior majoring in social work at Trinity Christian. Students learned about the governor’s proposed FY13 budget, which proposes to cut 52% of state funding ($4.7 million) in July from shelters and transitional housing programs across Illinois. 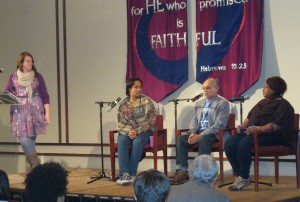 Our Speakers Bureau leaders and staff are honored to meet so many caring people in the city and suburbs. In 2011, the Speakers Bureau reached 3,516 people at 64 school, religious and community venues.

The Bureau and Senior Organizer Hannah Willage also mobilized 338 students last year, working with them to set up meetings with their legislators or aldermen, or taking trips to City Hall and the state capital. They included 156 students from seven colleges and universities: Columbia, DePaul, Dominican, Elmhurst, Loyola, Northwestern and Trinity Christian. Also mobilized were 177 students from four Chicago Public and two Catholic high schools, and five students from Northwestern’s Sheil Catholic Center.