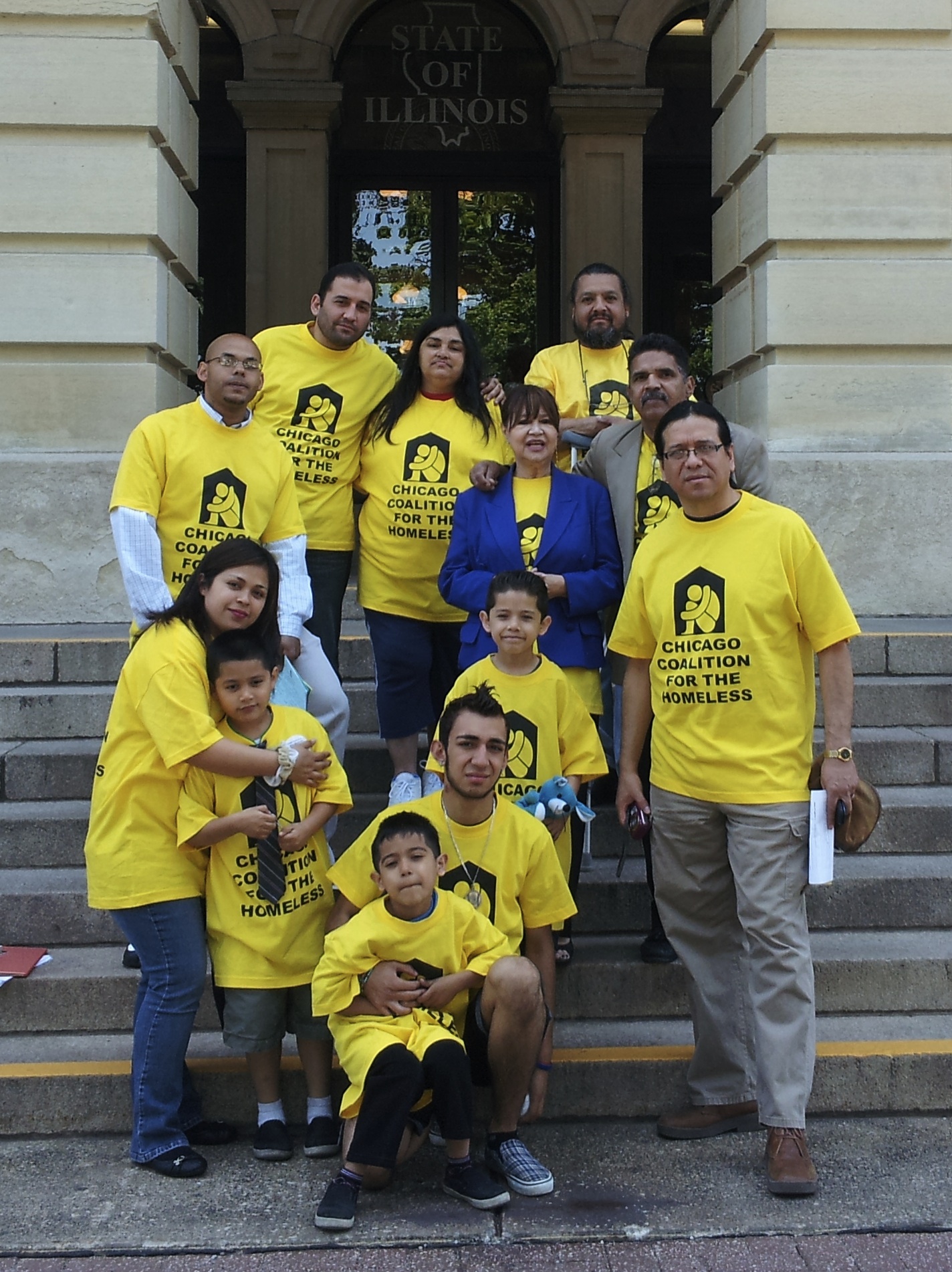 Thank you! Your calls and emails helped CCH persuade legislators to drop a proposed 52% cutback in state funding for emergency shelters and transitional housing programs across Illinois, as well as increase funding for homeless prevention grants and youth programs.

It was the second time in six months that CCH and several allies succeeded in reversing a 52% ($4.7 million) cutback to shelters and housing serving families and single adults.

(Shown below are leaders from Chicago’s San Jose Obrero Mission, Casa Central, La Casa Norte and St. Leonard’s House in Springfield on May 16.) 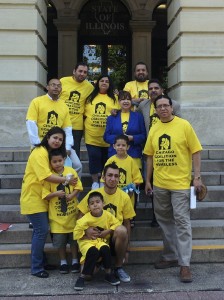 * Allocates $4 million to homeless prevention grants, one-time grants awarded to help families facing eviction or foreclosure. This is $2.5 million more for a program first proposed by CCH 13 years ago, although its state funding peaked at $11 million four years ago. Grants averaged $938 per family in FY 2011.

To fund these programs, money will be re-routed from the Illinois Affordable Housing Trust – $13.08 million, including all the funds for shelter and housing, $3 million for prevention grants and $1 million for youth.

“In recent years, funds from the trust for housing development have been swept to cover unrelated shortfalls. Although we would have preferred the funds to come from general revenue, considering the budget crisis, CCH supported using the housing trust to stop dramatic cuts to programs that shelter and house homeless youth, families and adults across Illinois,” said Executive Director Ed Shurna.

Last summer, the General Assembly passed a FY2012 budget that also cut 52% of shelter funding. In Chicago, almost $600,000 in cutbacks was passed along to city shelters, with half the cuts hitting three large providers. Last November, and again for today’s vote, CCH worked with several ally groups to persuade legislators to restore the shelter and transitional housing funds.

CCH brought 200 homeless people and shelter staff from Chicago, Aurora, Lake County, Peoria and Springfield to talk to legislators in the state capitol this spring. They were mobilized by organizers Jim Picchetti, Rachel Ramirez, Wayne Richard and Dollie Brewer. CCH advocacy was spearheaded by Associate Policy Directors Daria Mueller and Eithne McMenamin, with support from many of the 30 service providers on the CCH Youth Committee.

Also working to restore shelter funding were Housing Action Illinois, Chicago Alliance to End Homelessness, and the Supportive Housing Providers Association, with further advocacy from the city of Chicago.