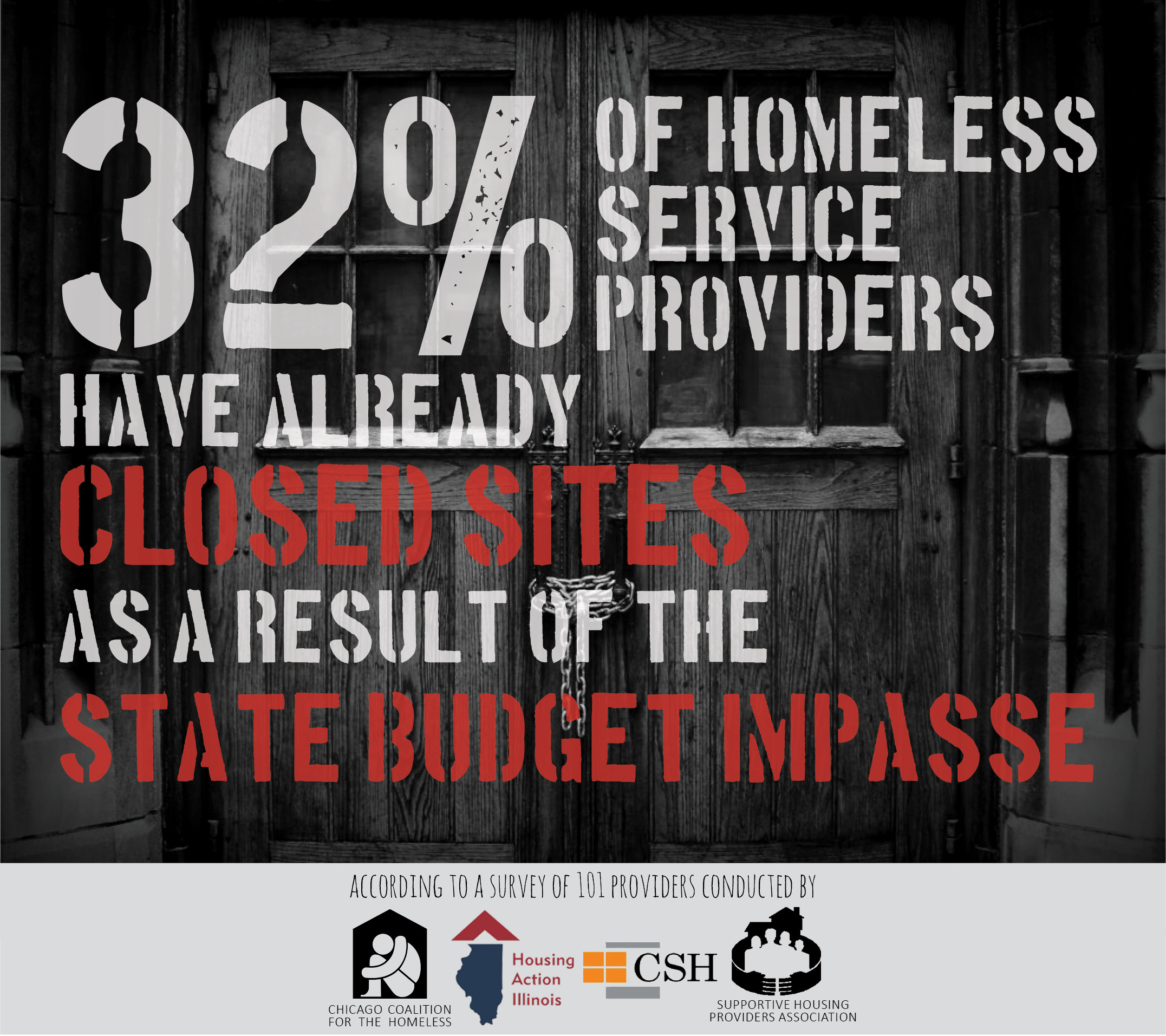 A September survey of 101 state-funded homeless service providers found that the state budget impasse has or will soon force 90% of these non-profit agencies to deny assistance to people who are homeless or at risk of becoming homeless.

Agencies reported that they have had to limit their intake of new clients; reduce or eliminate services for current clients; layoff staff and/or impose furlough days or reduce work hours; eliminate programs; and/or close sites. 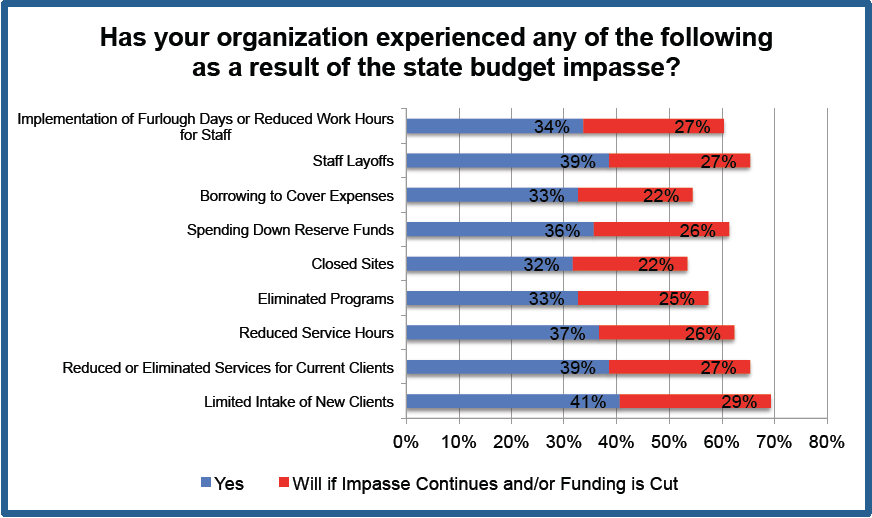 ABC-Channel 7 reports on the new study.

CCH is among more than 200 organizations statewide in the Responsible Budget Coalition, which advocates for a responsible state budget that raises adequate revenue.

In the first survey, concluded September 2, a majority of providers (59%) said they experienced increased demand because of the unavailability of other services previously provided by other agencies. In addition, the vast majority (85%) are concerned about how the absence of state funds could impact their ability to provide matching funding for federal dollars.

The 101 homeless service providers that responded are large and small agencies, from urban, suburban and rural communities.

“We provide services to over 800 people a year, including a 24-hour domestic violence shelter, emergency shelter and transitional housing. On average, we have 60 women and children in shelter at any time,” said Isak Griffiths, executive director for Courage Connection of Champaign-Urbana. “Payroll alone is over $40,000 every two weeks. We had cash reserves but they are gone… If we lay off staff, then we put our federal funding at risk.”

“We need a responsible budget now. Elected officials, Governor Rauner and others, must stop using children and families as bargaining chips to address non-budget demands,” said Bob Palmer, policy director for Housing Action Illinois. “We call on Governor Rauner and members of the General Assembly to focus all their energy on resolving the impasse and agree to a budget with adequate revenue to fund services as passed by the General Assembly in May.”

The State Budget Impasse is Causing Homelessness in Illinois, can be accessed here.