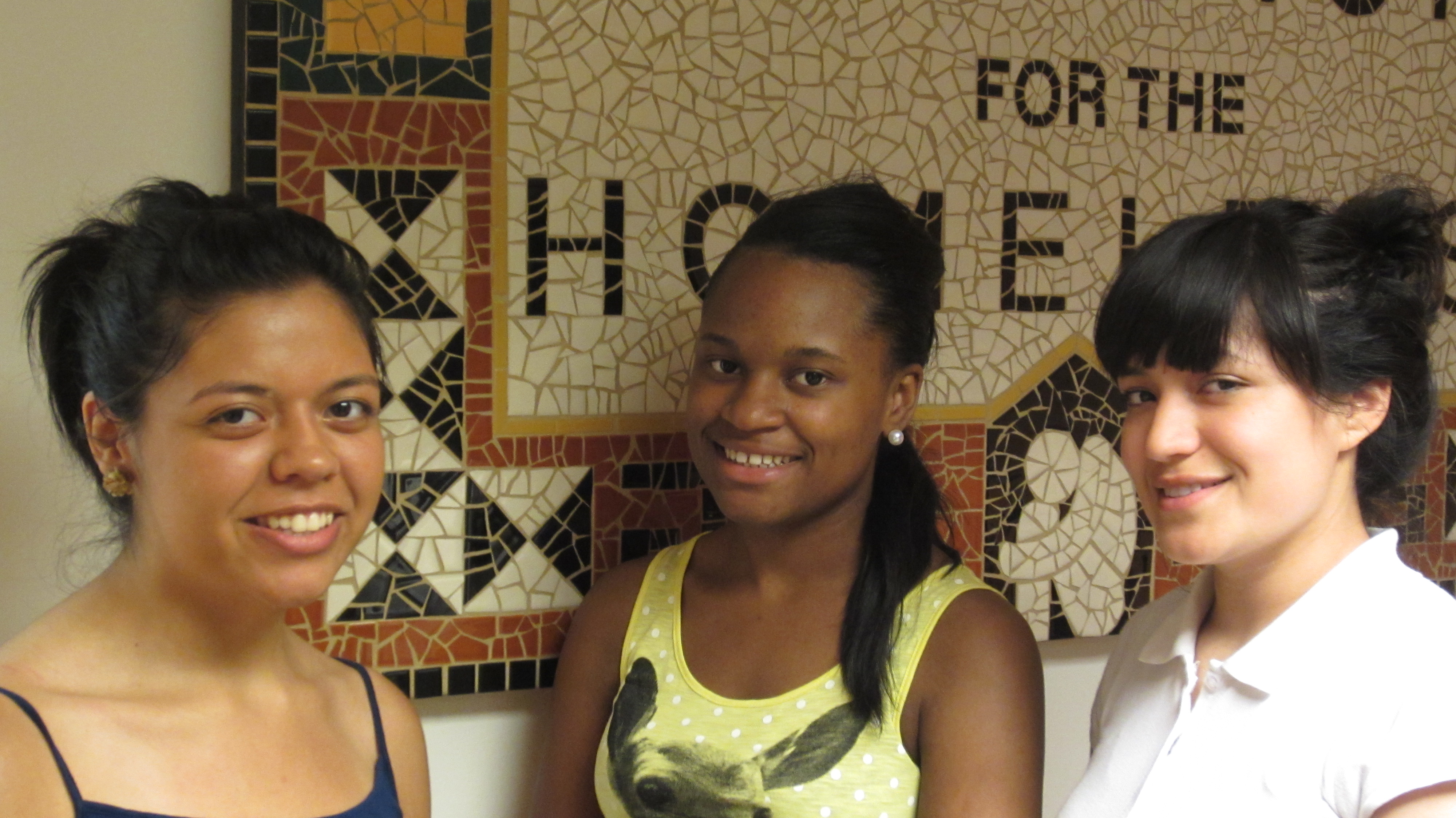 Join us Thursday when CCH presents renewable $2,000 college scholarships to four young women who achieved academically while coping with homelessness.

A 5:30 reception precedes the hour-long event at 6 p.m. This free event will be held at Loyola University Law School, 25 E. Pearson St., in the 10th floor ceremonial courtroom.

Jennifer’s experience with homelessness and uncertain financial circumstances has forged an incredibly strong person. “Enduring these hardships, I have become optimistic and motivated,” Jennifer said. “My belief is that hard work and determination can create a happy life.” Jennifer has repeatedly evidenced this attitude by traveling an hour each way to school, getting up at 4:30 a.m. so that she could participate for four years in the before-school Drill Team and Color Guard. She achieved a cumulative 4.3 GPA, graduating 4th in her class of 94 students. Jennifer is the first in her family to finish high school and go to college.

Gilma became homeless at age 14, after her mother Corina fell seriously ill. With their mom in a nursing home, Gilma’s older brother and sister stepped up to support their three younger siblings. Gilma says that it took more than a year to “start looking at the situation differently, instead of staying depressed.” At Prosser, Gilma twice was chosen to be a “Student Ambassador” to England. She knew she wanted to become a teacher after she organized a free summer camp at Prosser for 20 grade-schoolers. Gilma pushed herself academically, taking several Advanced Placement (AP) courses. With a senior year GPA of 4.15, Gilma graduated in the top 20% of her class.

University of Illinois at Chicago

When Jayme began her senior year of high school, her mother learned she was gay and she had to move out. In the face of this, Jayme showed an incredible maturity. She maintained a 3.9 GPA while taking AP courses, graduating in the top 5% of her class at Carl Schurz. Her counselor wrote that Jayme “stayed late into the evening several days a week” so she could study in the school computer lab. Jayme also showed her leadership ability by helping found the Schurz College Ambassadors, an organization dedicated to creating a college-going culture within the school.

Edwina’s mother died earlier this year. Edwina cares for her infant son and 14-year-old sister, now living together doubled-up with a friend’s mother. Facing this situation made Edwina more committed to her education, and she will be the first in her family to go to college. Her counselor says, “Despite all of the sadness 2012 has brought her, she has remained an honor roll student while taking some college courses and maintained a 3.8 in her high school classes.” Edwina is interested in studying social work.

Five previous scholarship winners will receive $2,000 renewal awards for their studies at Knox College, John A. Logan Community College, Philander Smith College in Arkansas, UIC, and the University of Illinois-Springfield. Two others will receive $1,000 assistance for their graduate studies.

Private donors fund the scholarships through a program affiliated with Dollars for Scholars. Its supporters include the Osa Foundation, Chicago Teachers Union, Sisters of Charity BVM, and the Student Alliance for Homeless Youth.