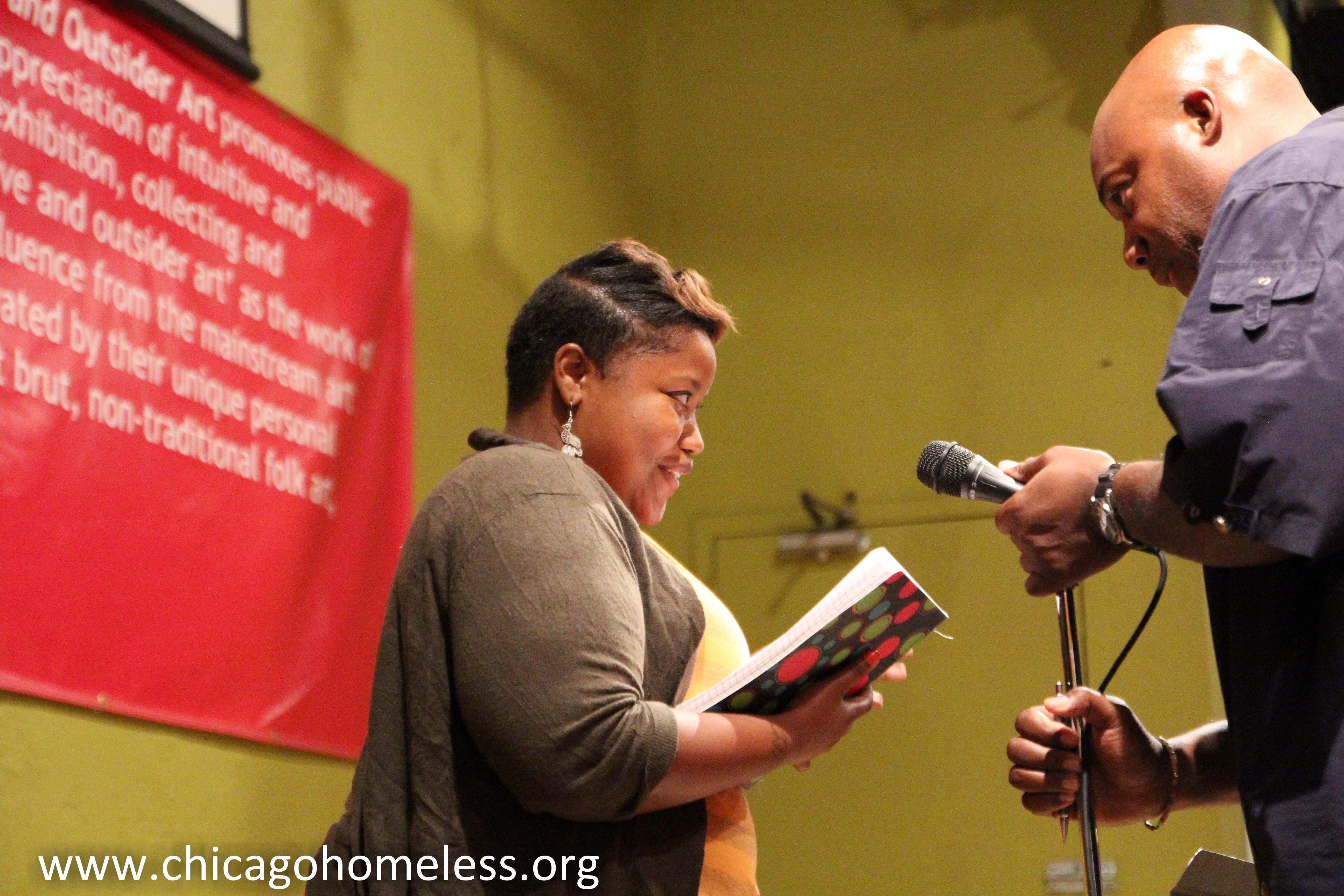 Horizons welcomes the public to its 2014 showcase on Tuesday, June 24. The free Loop event will feature poetry read by shelter-resident authors, most of them mothers and their older children.

Hosted at Caffè Baci, 225 W. Wacker Drive, readings will be offered by the writers from 6 p.m. to 7 p.m. Our writers are Horizons participants who live at three family shelters in Chicago: New Life, A Safe Haven South, and A Safe Haven West.

Senior Community Organizer Wayne Richard directs Horizons, with assistance this year from Gloria Sthefanny Hincapie, an Adler School intern. Wayne first became involved with CCH 15 years ago. At that time, Wayne was a community leader and budding poet, living in a West Side shelter that hosted an earlier version of the CCH writing program.

“Everyone has a song to sing,” says Wayne, pointing to pieces written by participants that range from emotional to wistful, hopeful to angry. A selection of poems and essays are published online in CCH’s Horizons Reading Room and 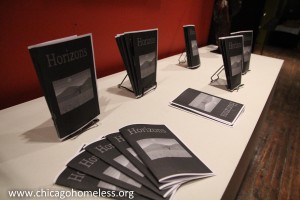 in booklets distributed at the spring showcase.

At the annual showcase, writers read their poems and short essays to an audience that includes their children, friends and our staff. The experience is very meaningful, as it becomes clear how important it is for any writer to have an audience listen and appreciate what one has to say.

Horizons is supported by a project-based grant from the Seabury Foundation.