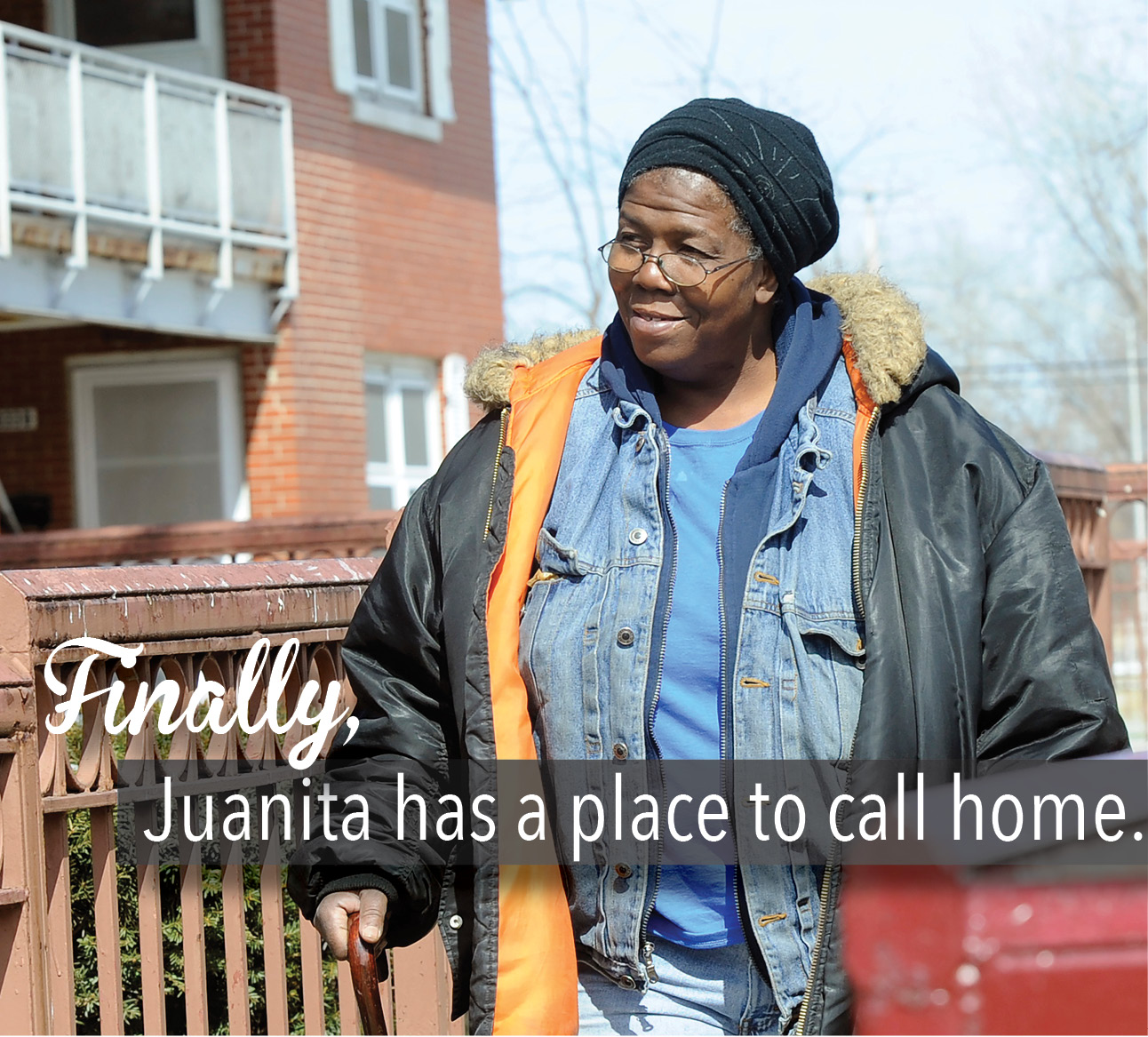 Juanita Patton moved out of shelters and into a home through a new program for ex-offenders. The pilot program was designed and advocated by community leaders and advocates with the Reentry Project at the Chicago Coalition for the Homeless.

On Nov. 2, federal housing officials and President Obama praised as “best practice” programs that give ex-offenders a “second chance,” with access to jobs, training and housing.

“I still can’t believe I’m in this apartment,” said Juanita, interviewed in her south suburban Ford Heights home. “The only time I believe it is when I’m taking my key out of my pocket to open the front door!

“Everybody deserves a second chance to make a living, to take care of themselves.”

Life went off track for Juanita when she pleaded to a drug possession charge 15 years ago.

Now 50, she has worked since high school as a nurse’s aide. But no matter how solid her work record, after an agency finished its background check, Juanita would be released – sometimes after many months on the job. Juanita ended up homeless between some jobs.

Juanita’s older brother was also single, so when he was disabled by strokes in 2007, they decided to live together. They shared a one-bedroom apartment, with Juanita taking the couch and caring for her brother. When he later died, Juanita was homeless again. This time, with her own worsening health issues, Juanita spent three years moving in and out of shelters on Chicago’s North Side and the south suburbs.

But this year Juanita found an opportunity: She became the first person to be housed through pilot programs for ex-offenders adopted by the housing authorities for Chicago and suburban Cook County.

As proposed by our Reentry Project, the pilots allow established reentry providers to certify high-performing clients for housing managed by both authorities. Each agency will place up to 50 clients over three years. Eligible clients can rejoin family in public housing or secure their own unit if their name comes up on a housing waitlist.

Juanita was the first of two clients to be housed on the recommendation of Respond Now, a poverty service agency in Chicago Heights. Juanita is a long-time client.

“A lot of people helped me get a second chance. I had to build up a lot of trust,” said Juanita, who works part-time with a car dealership.

Our Reentry Project continues to work with local housing authorities to ensure that more ex-offenders are placed through these pilot programs. The U.S. Department of Housing and Urban Development (HUD) is closely watching these and similar pilots in New York City and Los Angeles County, having identified reentry housing as a nationwide issue.

Your support ensures that we can work on behalf of all people who struggle with homelessness – families, unaccompanied youth, low-wage workers, and ex-offenders.