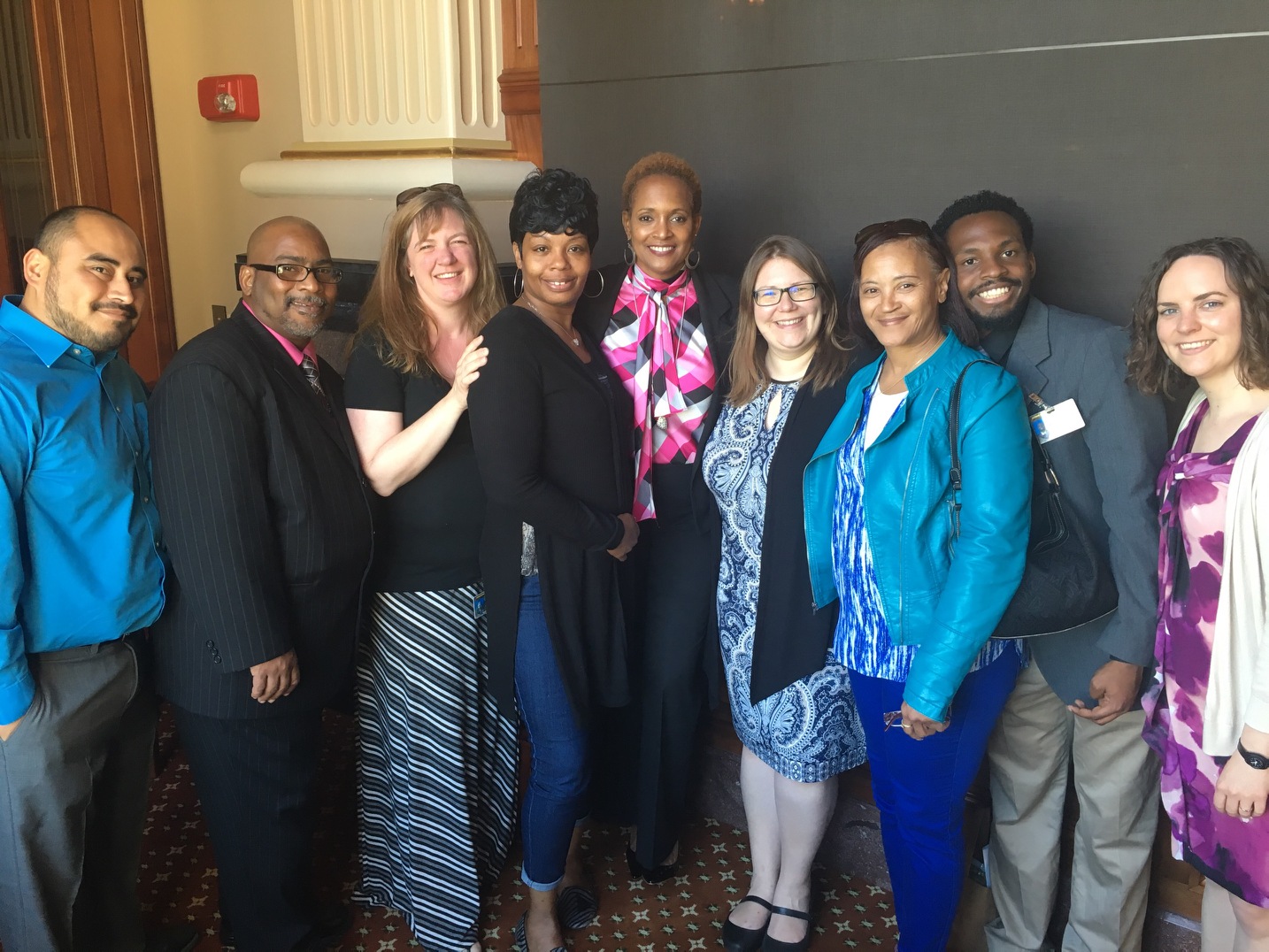 The bills offer new work opportunities in schools, park districts, and in health care. All were advocated by the Reentry Project at the Chicago Coalition for the Homeless (CCH) and the RROCI coalition on which we partner, and enacted with bi-partisan legislative support.

“Thanks to their leadership and the work of the RROCI coalition — Community Renewal Society, Cabrini Green Legal Aid, Heartland Alliance, and the Reentry Project — we passed four important pieces of legislation that create real opportunity.”

The Reentry Project is part of the Restoring Rights and Opportunities Coalition of Illinois (RROCI), organized in 2015 with the Cabrini Green Legal Aid Clinic, Community Renewal Society, and Heartland Alliance. RROCI advocates for policies that would remove barriers for people in reentry, including lifetime employment bans.

Senate Bill 42 will increase opportunities through health care licensing. It was signed by Gov. Bruce Rauner on August 25.

Senate Bill 3005 ends lifetime barriers to jobs in park districts. It took effect on August 22, upon being signed by Rauner.

House Bill 4515 will improve how an ex-offender’s waiver is reported to employers via the state’s Health Care Worker Registry, making it clear that the waiver makes someone eligible to work. It takes effect on Jan. 1, 2017.

House Bill 4360 was the first of the four bills sent to the governor’s desk and the first signed. It allows people with drug offenses to work or volunteer in public schools, following a seven-year wait after completing sentencing.

It became effective July 29, upon being signed by Rauner. Sponsored by State Rep. Cassidy, HB4360 includes amendatory language suggested by the governor’s office when he vetoed the original bill in 2015. HB4360 passed on the House on a 64-47-1 vote on April 13. With Sen. Patricia Van Pelt (D-Chicago) the chief Senate sponsor, the bill passed by a 31-17-3 vote on May 25.