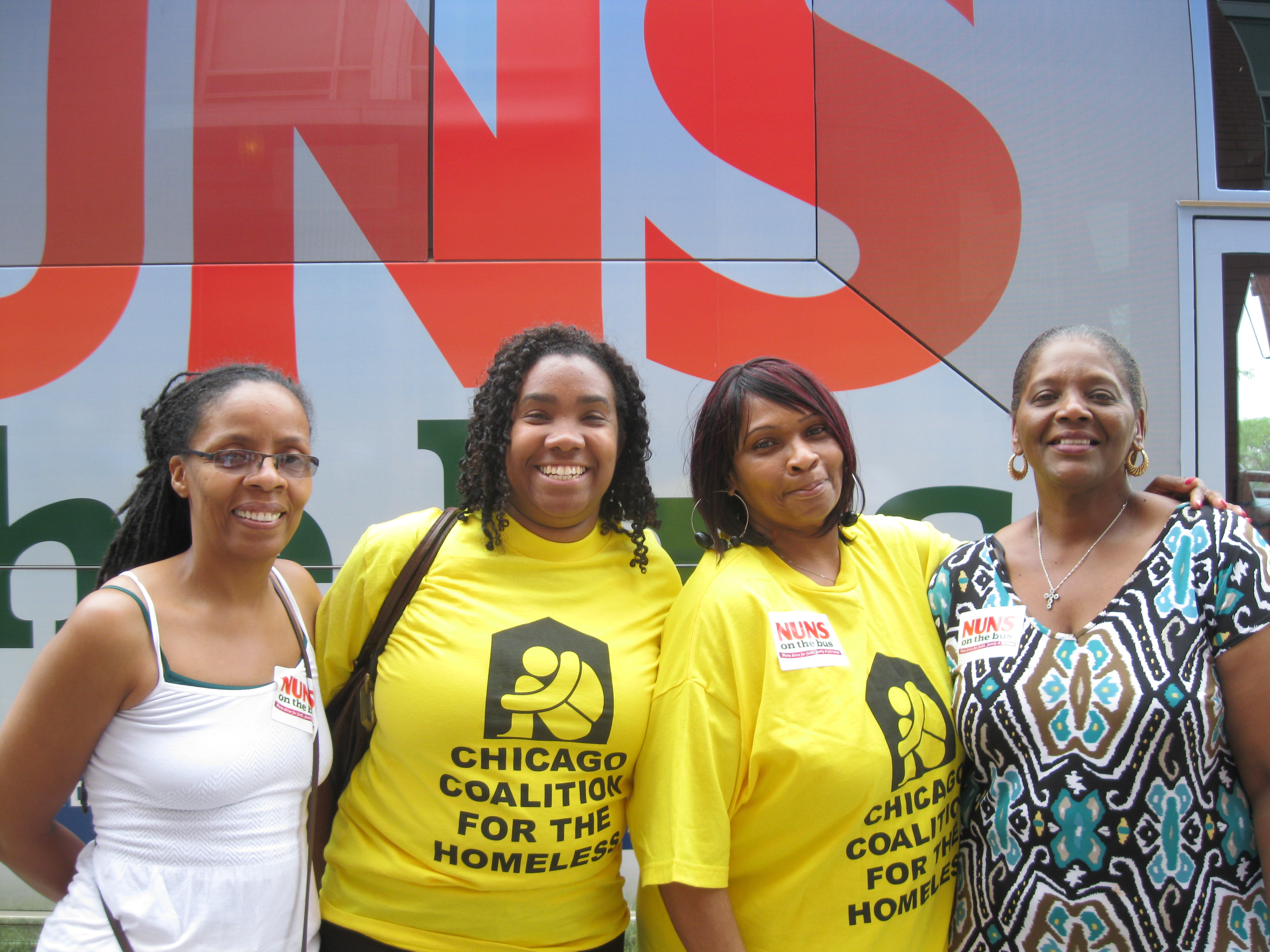 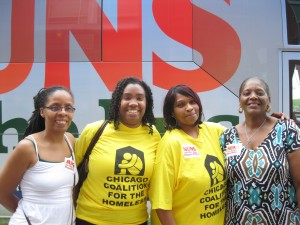 We’ve had a great week at CCH – celebrating shared victories in Springfield, meeting the “Nuns on the Bus” as they passed through Chicago, and hearing the poetry of homeless moms from Horizons.

And before we say anything more, we want to remind you of what’s ahead next week:

And to see more about the week we’re wrapping up, check out the photo albums we’ve posted on Facebook.

This Tuesday, CCH hosted 80 of our leaders and allies for a lunch to celebrate our shared success in Springfield this spring. That included helping to convince legislators – for the second time in six months – to drop plans to cut funding to shelters statewide by 52%.

“If we didn’t get on the buses and the vans, or send the emails… the cuts would have been made. Not only did we stop the cuts, but we were able to get additional money ($3.4 million) put in the budget for homeless youth and prevention grants to families,” said Executive Director Ed Shurna.

“Who is it that wouldn’t like getting up at 4 o’clock in the morning if they was going to make a difference?” enthused Senior Organizer Dollie Brewer. “Our voice matters! Let’s say it – our voice matters!”

Michelle Saddler, head of the Illinois Department of Human Services, was the honored speaker. She told the group that the impact of their collective efforts persuaded legislative leaders to take another look at cutbacks that would hurt the state’s poorest residents.

To honor all those who worked with CCH, including homeless teens, shelter providers and groups from Joliet, Aurora and Lake County, CCH staff called out almost everyone in the room by name – awarding each person a yellow badge that read, “We cared enough to fight.”

“Nuns on the Bus”

On Wednesday and Thursday, CCH staffers helped welcome the high-profile “Nuns on the Bus” tour to Chicago. Organized by Network, a national Catholic social justice lobby, a dozen sisters are on a 9-state bus tour. They’re speaking out about the impact on the poor and working families of the federal budget proposed by Wisconsin Republican Paul D. Ryan and passed by the U.S. House.

Those on the bus include women from the Sisters of Charity, BVM, which supports work done by CCH, and with whom we work closely in Springfield through Rose Mary Meyer and Project IRENE.

Thursday afternoon, the Law Project staff was at a “Nuns on the Bus” gathering at Mercy Housing Lakefront in Englewood. Joining them were four teachers who’ve worked with us to help 70 homeless children being displaced by the impending closure of nearby Guggenheim School: (photo above, left to right) Gervaise Clay, Kimberly Walls, Sherri’ Dabney-Parker and Rosie Burns.

And Thursday evening, CCH hosted its annual writers’ showcase for homeless parents who participate in Horizons. Under the direction of Senior Organizer Wayne Richard, the creative writing outreach program brought 35 parents and children from two South Side family shelters, It Takes a Village and T.A.B. South I, to a casual dinner event at Intuit gallery, 756 N. Milwaukee Ave.

“A lot of women forget who they are and their value, and yet we bear the key to life,” said Shon Robertson, one of the eight poets.

Many thanks to the poets who shared their work: Margaret Barnes, shuquelia Hanfor, Clorinda Johnson, Tiandra Lane, Ceolo Lewis, Pamela Martin, Shon Robertson and Andrew Roosevelt. Some of their work is posted in our Horizons reading room.