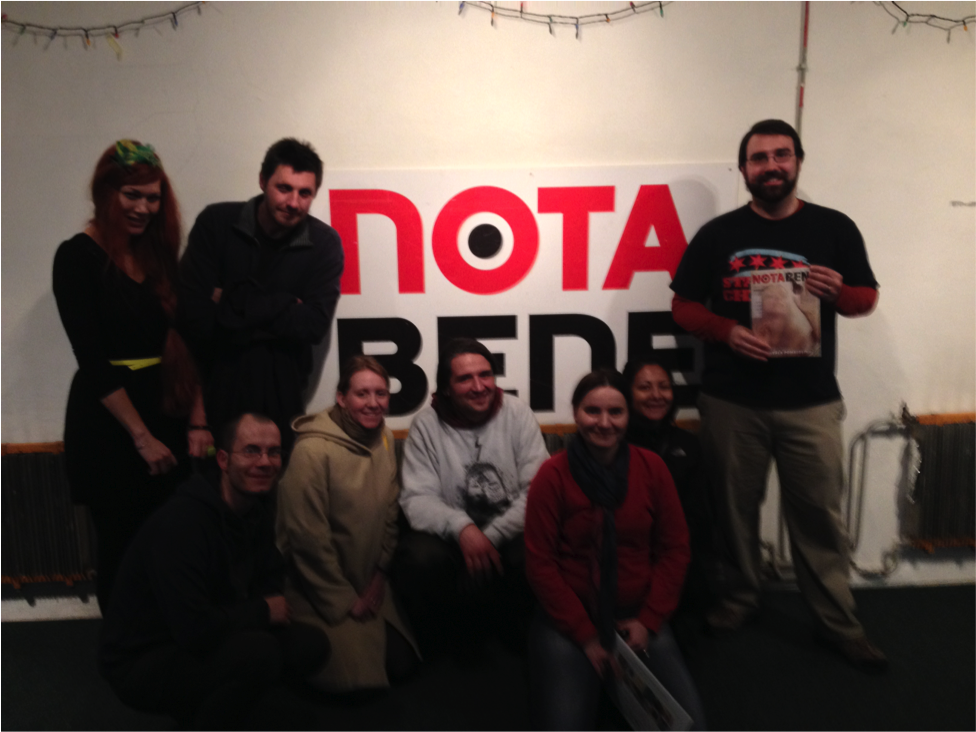 What would you do if you had an issue in your neighborhood? Would you complain to a few friends? Would you find a few neighbors and call the mayor or alderman together? What if you couldn’t do anything because practices like free speech and democracy don’t exist in your country?

During the last 10 days, I’ve been among eight American community organizers who traveled to Central Europe to speak with non-profit groups in Budapest, Hungary; Bratislava, Slovakia, and Bucharest, Romania, through an exchange program called the Great Lakes Consortium. I am in the fourth group of U.S. delegates that is following up with the European delegates who have traveled to the U.S. to learn or strengthen their community organizing skills.

What I have learned is that all three countries all have two things in common – all of them were ruled by monarchies for thousands of years, and all were ruled by Soviet communism until the mid-1980s. Under different regimes in Hungary and Slovakia, neighbors would turn each other in to the Nazis or to the authorities in an attempt to ensure the survival of their family. For all of these countries, democracy is a concept that is only 20 years old.

People and communities in Central Europe struggle with the same issues we do in the U.S., including racial profiling, economic inequality, lack of jobs, and homelessness. Despite different totalitarian regimes, people and organizations in Central Europe have not given up on the idea of creating change, and they look to community organizing to give them the tools to make that change happen.

One of the reasons CCH participates in the exchange is because many of the non-profits here work with the Roma community. The Roma are communities of people similar to the U.S. homeless population. Roma are a group of immigrants viewed by many European and Asian countries as inferior people. As a result, many countries push the Roma into segregated communities, while using discriminatory practices to bar the Roma from affordable housing, employment and education opportunities.

Official government estimates in 2002 indicated that 4 million people in Europe are Roma. Because of discrimination, many Roma people do not identify themselves to the authorities, so their true numbers are believed to be much larger.

Many of the people and organizations I’ve met with so far can be categorized into two groups: 1) people who are frustrated and angry by the status quo and want to learn how organizing create change, and 2) people who know what organizing is, but don’t feel they have been successful using it.

In Budapest, the US delegates spoke with a cooperative called Romani Platni. It employs women from Hungarian Roma communities to cook traditional Roma dishes for catering events. Staff and founders of the organization wanted to speak with us because, after attending a community organizing workshop, they wanted to know how they could start organizing. They were upset that the Roma children who come to their co-op were being discriminated or humiliated by Hungarian students and teachers in the public schools. For them, the solution was for the municipal government to become involved and change the behavior in the schools.

As we listened to them, the delegates and I constructively challenged them on whether they were serious about doing community organizing. When they affirmatively said yes, we shared our success stories, noting that it all starts with building relationships in your community.

In Slovakia, I spoke to a non-profit called Nota Bene which means “pay attention.” Nota Bene was formed by three social work students who wanted to help the homeless in Slovakia reintegrate into mainstream society. Similar to Streetwise in Chicago, Nota Bene publishes a monthly magazine that features articles and editorials, some written by homeless people. The magazine is sold by the homeless, who keep a large portion of each magazine sold, equal to about $2 U.S. On average, 30,000 magazines are sold a year in 16 communities throughout Slovakia.

What’s exciting about Nota Bene is it has begun identifying and developing homeless leaders to tell their stories to students at local universities and to legislative committees in the Slovakian government. What was surprising is that Nota Bene staff didn’t feel as if any of their achievements are successes! So together we brainstormed about how they could celebrate their victories with their sellers and readers, and further use existing infrastructure to organize Slovakia around important homeless issues.

Yesterday I arrived in Bucharest to work and train with a Romanian organization called The Resource Center for Public Participation, or CeRe. The organization is four years old, with an all-female staff and three salaried organizers. CeRe organizes Bucharest residents around local community issues, with the goal of increasing public participation in government decisions. We are training 20 to 30 staff from Romanian non-profits on why community organizing is as important as direct service to minority communities, such as the Roma.

Don’t take the little things for granted. For three countries that have been told by oppressive governments how to act and not to trust each other, relationships and coalitions are being formed by people and organizations that are frustrated and angry with how their communities are run and how the Roma are treated. It has been an amazing experience so far. I can’t wait to see what tomorrow brings for me and future organizers in Central Europe.