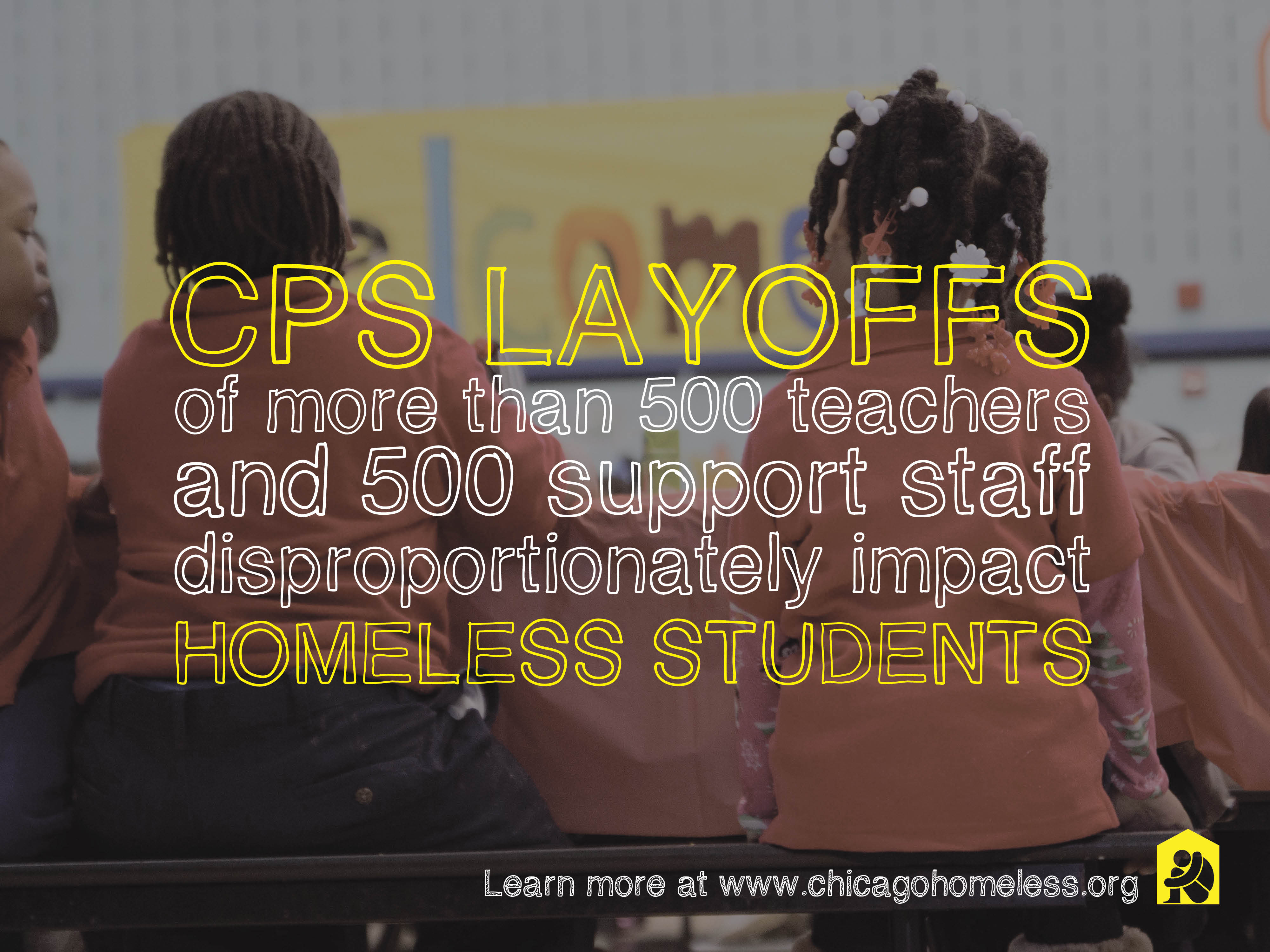 Chicago Coalition for the Homeless (CCH) took a closer look at the 19 schools hardest hit by the layoffs announced August 8. In these schools, which lost eight (8) or more staff, we found:

* On average, the homeless enrollment of these highly impacted schools was more than 10%.

School staff, including liaisons for homeless students, teachers, social workers, counselors and other staff, provide critical service to support the success of homeless children and youth. Students living in shelters and other temporary living situations will be harmed by the loss of experienced teachers and staff and bigger class sizes as a result of these layoffs.

Cutting services to highly vulnerable homeless children and youth is the wrong place to cut. 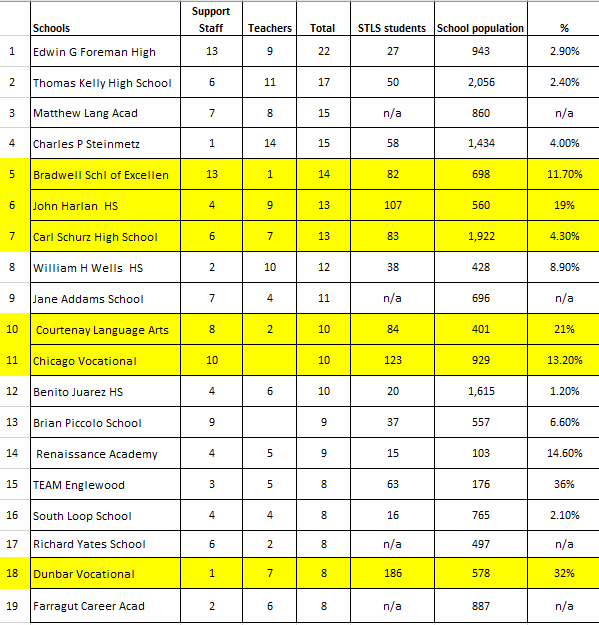 CCH used layoff data from the Chicago Tribune’s CPS Layoffs by School to do its analysis.

-By Hannah Willage, Associate Director of Organizing, and Patricia Nix-Hodes, Director of the Law Project, with contributions by Community Organizer Jayme Robinson.