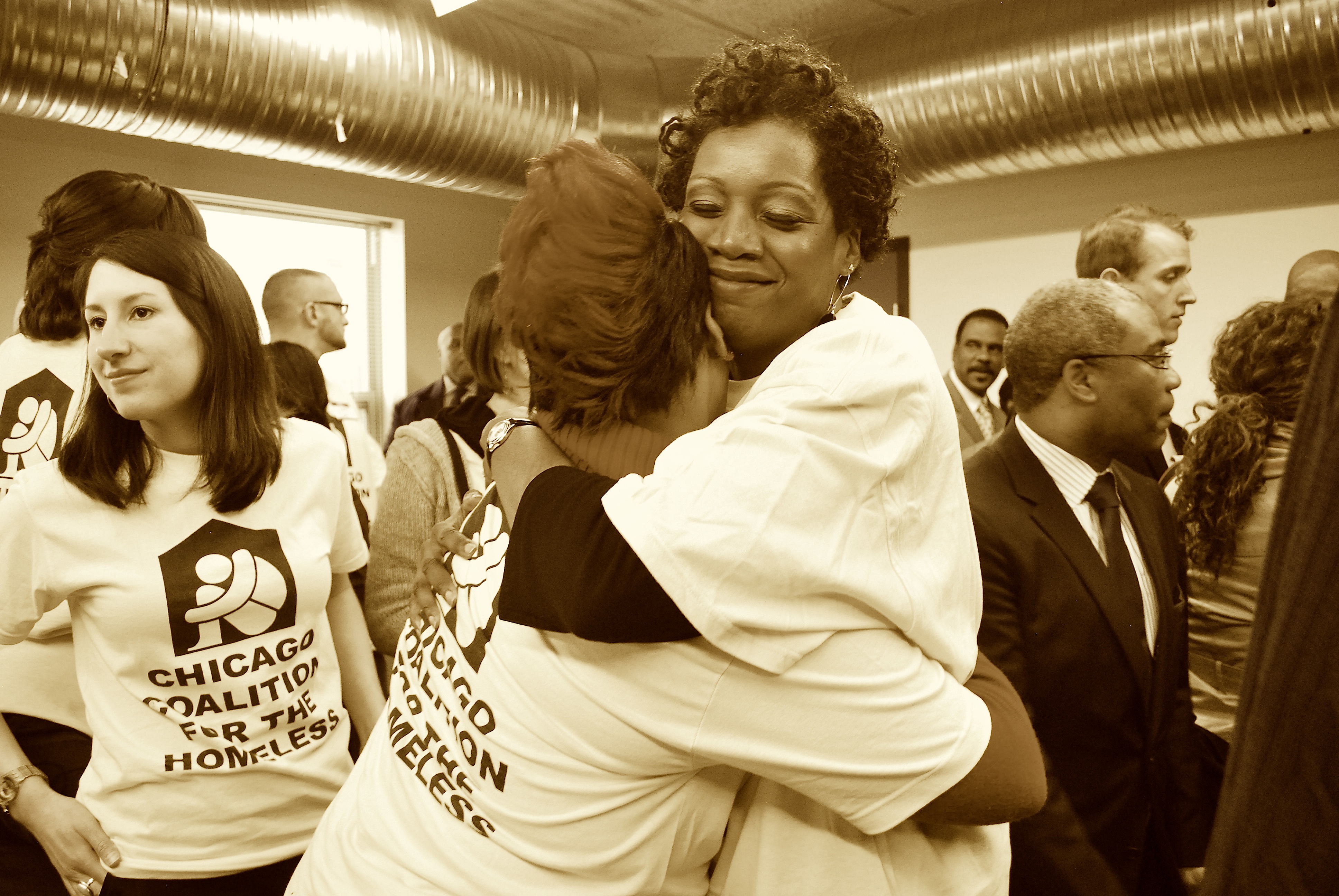 November 18: The Chicago Housing Authority Board has voted to pilot a program to allow select ex-offenders to access public housing.

The Reentry Project at the Chicago Coalition for the Homeless (CCH) proposed the program, and has worked two years to persuade local housing authorities to pilot it. Meanwhile, the pilot was adopted in August by the Housing Authority of Cook County, which oversees public housing in 135 Chicago suburbs.

Up to 50 adults would be placed during three-year pilot programs adopted by both housing authorities. Publicly endorsed by Mayor Rahm Emanuel last March, the CHA will implement its pilot after it secures final approval from the U.S. Department of Housing and Urban Development (HUD).

In Chicago, the Family Reunification Pilot will allow three service providers on the Reentry Project to recommend participants. Clients who have excelled in their programs at St. Leonard’s Ministries, Safer Foundation or Lutheran Social Services will be eligible for recommendation to the CHA, allowing them to move in with family that live in CHA housing.

These three providers share 100 years’ of experience working with formerly incarcerated people. Participants who were recommended would be allowed to access housing when they otherwise would have been turned down due to a criminal background. The service providers will provide ongoing support services while they are housed.

The Reentry Project Committee attended a Nov. 12 meeting of the CHA Board’s Operations & Facilities Committee, offering testimony from a St. Leonard’s staffer and a former client.

“Grabbed their second chance with both hands”

“Eligible candidates will have completed the full range of programs and exhibit all the characteristics of a person who has grabbed their second chance with both hands,” testified Lynne Cunningham, director of the Michael Barlow Center at St. Leonard’s Ministries.

A former St. Leonard’s client, Christophe Collins, talked to the CHA Board about how his family was impacted by local CHA rules, which bar ex-offenders from returning to their home for at least five years.

Said Christophe, “After completing the 9-month CTA apprenticeship for ex-offenders, I was without a job. I had no money, and nowhere to go. My Mom wanted to have me come live with her, but because of CHA’s rules, I couldn’t live with her.

“It hurt her deeply that she could not help her own son. I would have ended up in a homeless shelter if it had not been for St. Leonard’s. Because of my previous relationship with them, I was able to go to St. Leonard’s, go through the programming there and keep turning my life around.”

The CHA committee members broke out in applause after Christophe spoke, later voting to recommend the pilot to the CHA Board.

The Reentry Project pilot follows the recommendation of former HUD Secretary Shaun Donovan, who called on housing authorities to consider individual circumstances when deciding whether to admit someone with a criminal background. The Los Angeles City Housing Authority and the New York Housing Authority have adopted similar pilots. It also supports the mayor’s Plan 2.0 to address homelessness in Chicago.

Of those accessing emergency shelters in Chicago, 48% have a felony conviction.  The pilot has the support of over 125 endorsing organizations and political leaders across the city, including 14 aldermen.