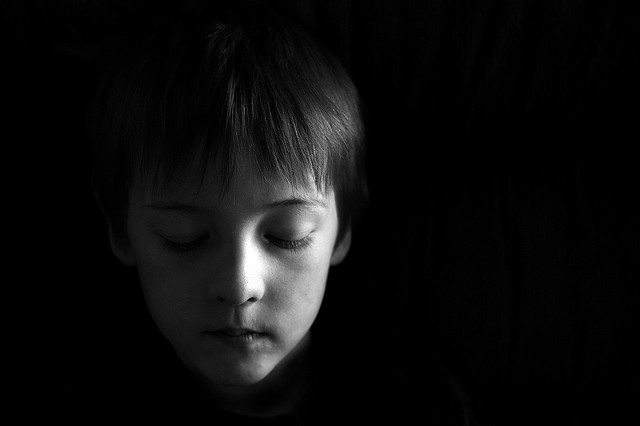 Starting this week, unaccompanied minors in Illinois over the age of 14 can consent to routine medical care under a new amendment to the Minors Consent to Medical Procedures Act.

Illinois is the 18th state to enact such a law, which is recommended by many advocacy groups such as the National Law Center on Homelessness & Poverty and the Center for Adolescent Health & the Law.

“This law recognizes the existence of this population within the context of health care,” said Graham Bowman, the Equal Justice Works Fellow at the Chicago Coalition for the Homeless who drafted the bill.

This law will affect over 7,000 homeless minors identified as “unaccompanied” in the state, including almost 2,000 students in the Chicago Public Schools system. Health care providers must identify eligible minors through an organization that works with unaccompanied or homeless youth.

An “unaccompanied” youth is one who lives apart from a parent or legal guardian. This includes youth who are homeless and on the street. Others may be living with non-guardian relatives or crashing on their friends’ couch.

The vast majority of these youth have separated from their parents due to abuse, neglect, or some other circumstance that makes it impossible for their parents to consent to care on their behalf, Bowman said.

Visiting the Emergency Room for Asthma

The Chicago Coalition for the Homeless drafted the bill after health providers complained of being unable to treat unaccompanied adolescents for something as simple as a cut or a sprain without signed parental consent.

“One of the examples I used was a kid who had been in a motor accident,” said Telva Urban, the nurse practitioner at Teen Living Programs, who testified for the bill before the state House Judiciary Committee. “He was a little banged up and he was just asking for some pain relievers, and they couldn’t give him anything.”

Instead, teens were forced to go to the emergency room for easily treatable ailments like asthma. A 2008 report found that homeless youth use emergency services about five times a year on average. The same report indicated 80 percent of emergency room visits by homeless people are for illnesses that could have been easily treated with preventative care.

This came as a significant cost for taxpayers, since many homeless youth are uninsured despite qualifying for Medicaid.

“If we can keep those adolescents out of the emergency room two or three times, we save the state so much money,” said Martha Glynn, a family nurse practitioner at Eerie Family Health Center. “This legislation will definitely be able to do that.”

Although current numbers are unavailable, a 2007 study found homeless youth are much more likely to be uninsured.

“Even though they [unaccompanied minors] are eligible on their own, more often than not the Department of Human Services is going to turn that minor away when they come to enroll unless there’s some sort of advocate with them,” said Bowman, who, along with other CCH workers, continues to target homeless youth for Medicaid enrollment at drop-in clinics.

Homeless youth in particular suffer at a much higher rate from asthma, diabetes, obesity, tuberculosis, and sexually transmitted infections, due to poor living conditions, malnutrition, and survival sex, according to a 2012 report.

Psychology Today estimated 50 percent of homeless teens 16 and older drop out of school.

“It’s hard to concentrate in school when you haven’t slept well because you’re scratching your skin all night because your eczema is out of control,” Glynn said. “If your asthma is out of control and you’ve been up all night coughing and wheezing, you’re not going to be able to go to school and function the next day. There’s so many things that would be great if they’re caught early and treated early in primary care, but these are people that don’t have access to primary care.”

Although the new provision does not explicitly list mental health, Bowman said mental health services fall under the definition of primary health care.

Remaining Challenges
The bill passed unanimously in June with no significant opposition. The hard part now is implementing it.

Although minors ages 12 and over have been able to consent to STI treatment since 2013, she said front desk staff are still turning away qualifying minors due to lack of education.

Health care providers also lack resources and training to deal with traumatized clients, according to a 2010 report. Since homeless youth disproportionately experience a variety of trauma, inadequate trauma-informed care can not only turn clients away, but exacerbate their conditions.

“I think there’s a growing movement of providing trauma-informed care, and not just among the providers, but the front desk,” Glynn said. “Everyone who works at the health center should be able to recognize trauma when they see it.”

Another hurdle is homeless youth’s mistrust of adults and health care providers, often due to a history of abuse or previous bad experiences with officials.

“Older adolescents and young adults are extremely leery of health care providers, just because they are leery of adults anyway,” Urban said. “They don’t want anyone laughing at them, judging them, thinking their questions are stupid. They’re accustomed to getting lectured a lot about what they should be doing differently.”

While Bowman continues to enroll homeless youth in Medicaid, his next step is focusing on forging connections between providers and homeless youth services.

Outreach to homeless youth, webinars for providers, informing school homeless liaisons, and other efforts to raise awareness about the law are also underway, he said.
CCH has also trained homeless youth providers and the Illinois chapter of the American Academy of Pediatrics has educated its members on dealing with homeless youth.

The organization also worked with schools and health care providers to finalize a comprehensive consent form for unaccompanied minors.

“We as a society treat adolescents like they don’t know anything until they’re 21,” Glynn said. “But they’re out there. They’re working. They’re living independently. We have big challenges in terms of respecting the adolescent’s right to make decisions.”