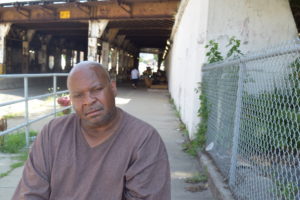 Letters were sent by the Chicago Coalition for the Homeless, American Civil Liberties Union of Illinois, and National Law Center on Homelessness and Poverty as part of a national campaign to reverse discriminatory and unconstitutional laws.

“Chicago’s panhandling ordinance was actively enforced, so this is an important victory for people in Chicago who panhandle as a means of a survival,” said Diane O’Connell, community lawyer at the Chicago Coalition for the Homeless. “We have spoken to hundreds of people experiencing homelessness who have been ticketed or arrested for violating this ordinance – locked up or charged fines they cannot pay for nothing more than exercising their First Amendment rights. The city was forced to recognize that everyone has the right to ask for help.”

The August letters notified targeted communities that since 2015, when the U.S. Supreme Court demanded closer examination of laws that regulate speech based on its content (Reed v. Town of Gilbert), panhandling ordinances were repealed or struck down by the courts in more than 55 cities.

The response across Illinois is impressive. In addition to Chicago, Aurora, Oak Park, Peoria, Urbana and Decatur also acted to repeal their regressive panhandling ordinances. Elgin and East St. Louis said they no longer enforce a ban. Cicero and Champaign have said they are examining their ordinances.

Carbondale, Danville, Joliet, Moline and Rockford have not responded to the August letter.

“We are pleased that Chicago and the other communities have acted in response to our warning in August,” said Rebecca Glenberg, ACLU senior staff counsel. “Our Constitution does not permit a lower standard of protection for speech simply because the speaker is someone in need of assistance. We need the other communities to act with dispatch.”

“We hope that even Illinois communities that we did not send letters will take the opportunity to examine and repeal their panhandling ordinances.”

Chicago Sun-Times: …’This is an important victory’