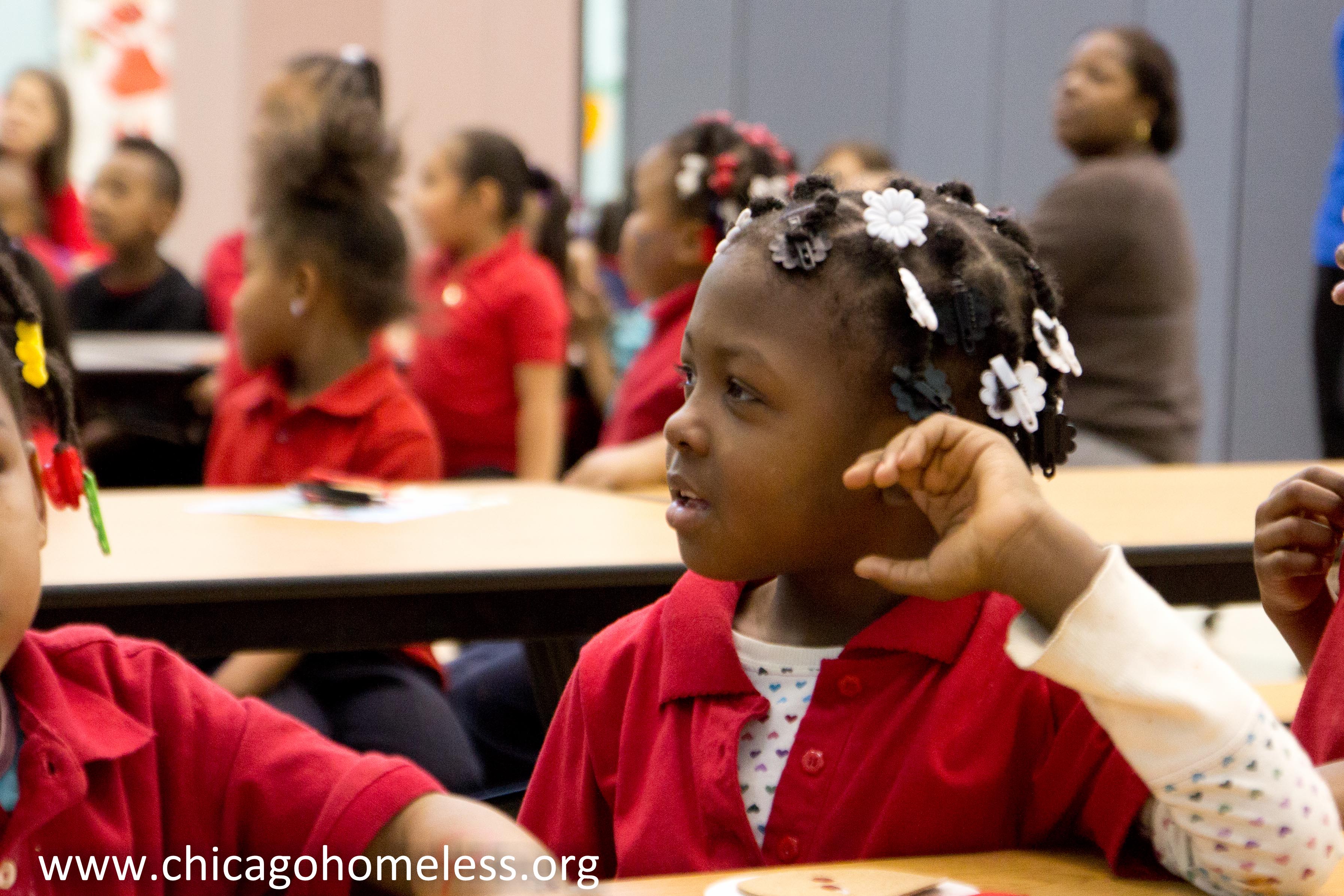 As part of the Every Child in School, Every Day initiative, JPMorgan Chase volunteers partnered with the CCH Law Project to host a holiday party for 126 children at Lewis Elementary School, located in the Austin neighborhood on Chicago’s West Side.

“It puts smiles on the children’s faces, as well as the parents when they pick them,” said Sharlita Davis, a CCH board member and Chase assistant vice president and contract officer, who was instrumental in planning Thursday’s party. “It’s just a happy occasion.”

The school’s kindergartners and first graders participated in the party this year, and 35 Chase staffers volunteered their time. The kids enjoyed pizza and cupcakes, played games including a marshmallow toss, bozo buckets, and miniature bowling, got their faces painted, made holiday craft projects, and received a toy and gift bag containing a book, winter hat and gloves to take home.

The fifth annual party is one of several outreach events hosted throughout the year as part of the initiative, Every Child in School, Every Day. Supported by generous grants from the JPMorgan Chase Foundation, the project seeks to encourage school enrollment for homeless and at-risk children who live in Austin or attend one of its 26 Chicago Public Schools.

“I believe in the project, and think it is very worthwhile,” said Dale Granchalek, who worked as an attorney at Chase for 35 years, and continues to attend the party and participate in other Every Child in School, Every Day events, even after his retirement a year and a half ago. “The notion of identifying homeless kids to get them in school and to stay in school is very important.”

Ella Eison, another volunteer from Chase who has volunteered at the party every year and also participates in the back to school outreach in the fall, says she just wants to do something to help the school, as many of its students are experiencing homelessness. During the 2011-12 school year, CPS identified a record 17,255 homeless students enrolled in its schools.

The party was capped off with a holiday sing-along led by Chase Client Service Professional Ida Riddle and her 28-year-old daughter Anita Latrice. “It’s great to be a part of something that will brighten up someone’s day,” said Anita. 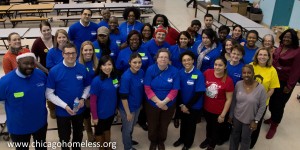 Many thanks to the Lewis staff and Chase volunteers for the time and energy they gave the children of Lewis Elementary!