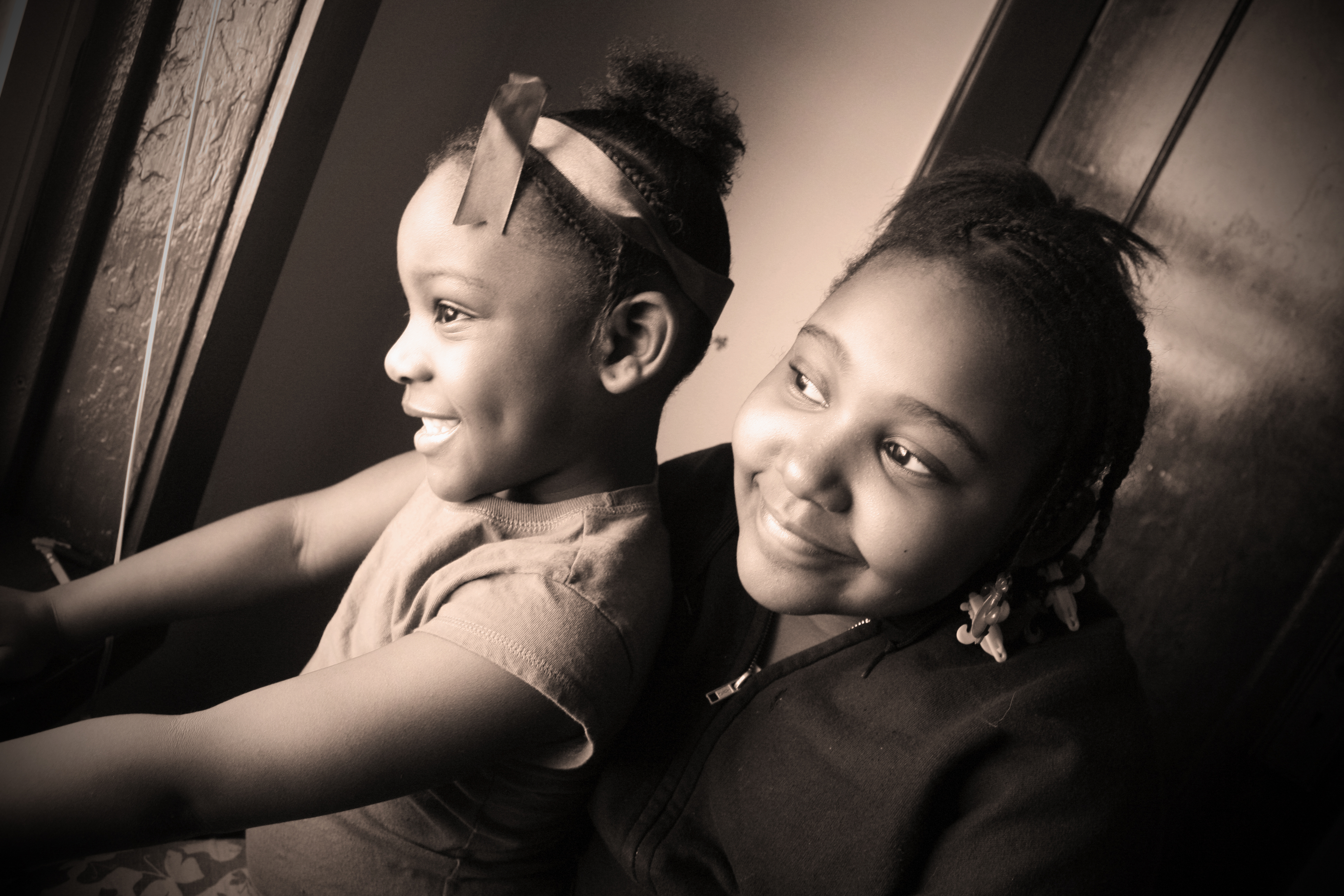 Asked when she became homeless, Ceolo remembers the very day she and her daughters moved into an emergency shelter on Chicago’s South Side. It would be 19 months before her family found a new home.

Being evicted from a house shared with a relative – and out of work, out of money and in the process of divorcing – Ceolo had no options. Her family moved into a shelter in Auburn Gresham. Within days, a box of the girls’ clothes and toys was stolen from their unlocked room.

“At 2 years old, Shani was telling me, ‘Mom, I don’t like this place, I want to leave this place.’ Her hair was falling out – she was pulling it out,” Ceolo says.

One Tuesday evening a week or so later, Wayne Richard, a community organizer for the Chicago Coalition for the Homeless, arrived to do outreach. A poet, he runs creative writing outreach at several family shelters. Mothers and some of the older children participate in the Horizons program.

“Mr. Wayne showed up and I was drawn to it. I was already writing poetry,” Ceolo says. “He’d come back and forth every other week. It helped me to voice what I felt.”

That fall, Wayne talked to families about joining an advocacy trip to Springfield, to talk to legislators about why they should not slash programs that assist homeless families and youth.

“We rode down on the bus, we had on our yellow shirts,” says Ceolo. “I was awestruck because I saw a lot of people. I didn’t realize how big this whole thing was until I stepped off the bus. It hit me really hard.

“If I didn’t go on that trip to Springfield and see how the world was, I’d probably still feel downtrodden. It truly opened my eyes to a lot. There are a lot of people fighting for the same cause. I liked it. I still like it.”

Ceolo, 36, says she realized “I need to buck up.” She looked for new opportunities, and grew more active at CCH. She turned up for City Hall meetings as the Sweet Home Chicago Coalition pushed for an affordable housing ordinance. She’s made four trips to Springfield. She joined the CCH Speakers Bureau, and she performed her poems at two Horizons reading events.

Life for her girls also improved. They remain at St. Ethelreda, a Catholic school that allows low-income children to attend tuition-free. The girls’ grades are good and they have friends. Ceolo is in job training, working at a childcare center.

Last March, a rapid re-housing program placed the family in a subsidized apartment. Ceolo pays 30% of income for rent. Program funding could end in mid-2012, before her 18-month lease expires. That worries Ceolo, but she is trying to land a job long before that through her training program.

Older daughter Dyani listens as her mother talks about their experiences. But the girl would rather chat about plans for her 10th birthday and her first-ever sleepover party. It reminds Ceolo of the excitement of their first nights in their new home.

“A friend brought over some cushions, and that’s what we slept on for three months. I wanted to cry I was so happy, but I needed to be strong. We were finally out of the shelter.”

Chicago Coalition for the Homeless helps people find their voice