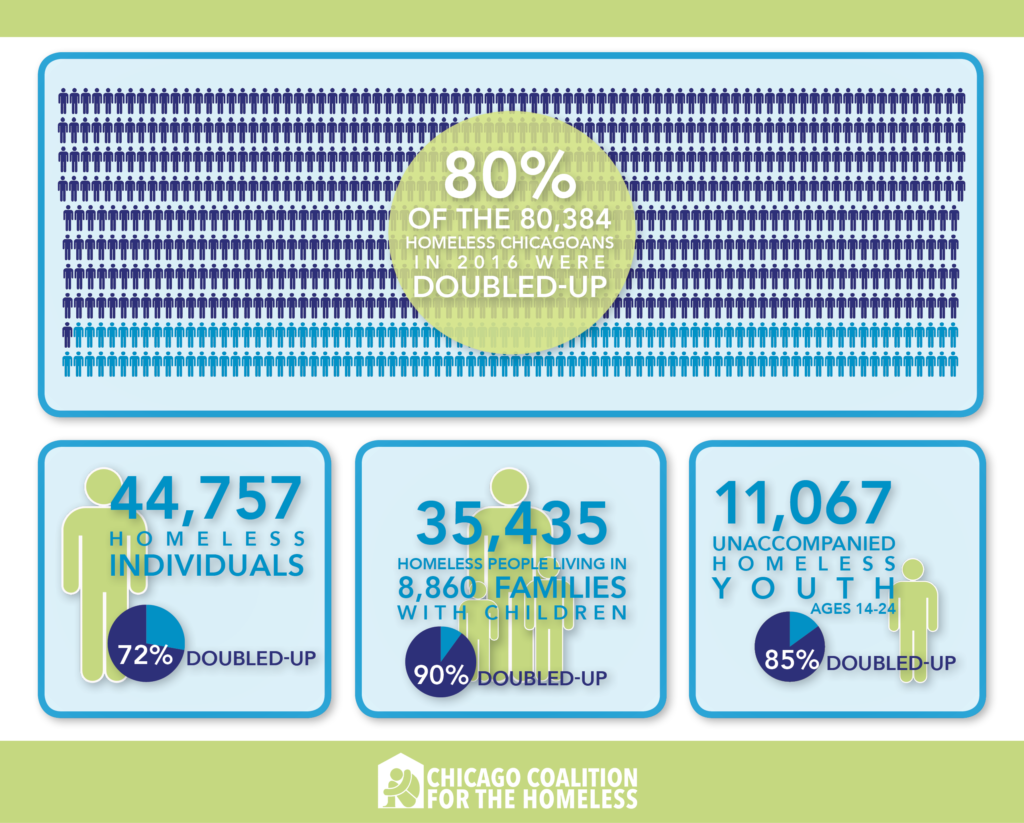 In 2016, 80,384 Chicagoans were homeless, according to an annual survey released by the Chicago Coalition for the Homeless (CCH).

Eighty percent of homeless residents lived doubled-up in the homes of others due to hardship, often in overcrowded conditions. Twenty percent stayed in emergency shelters or lived on the street.

The share of those who doubled-up included 72% of individuals, 85% of unaccompanied youth, and 88% of families with children.

According to 2016 HMIS data, 23,808 people were served in the shelter system or other homeless service programs. Of those, 7,538 had been living doubled-up with family or friends at some point that year. Seventy-six percent of those served in the homeless service system were black, 19% white, and 5% other. Eleven percent reported themselves as Hispanic/Latino.

The city’s Homeless Management Information System is administered by All Chicago, which was not involved in the CCH data analysis.