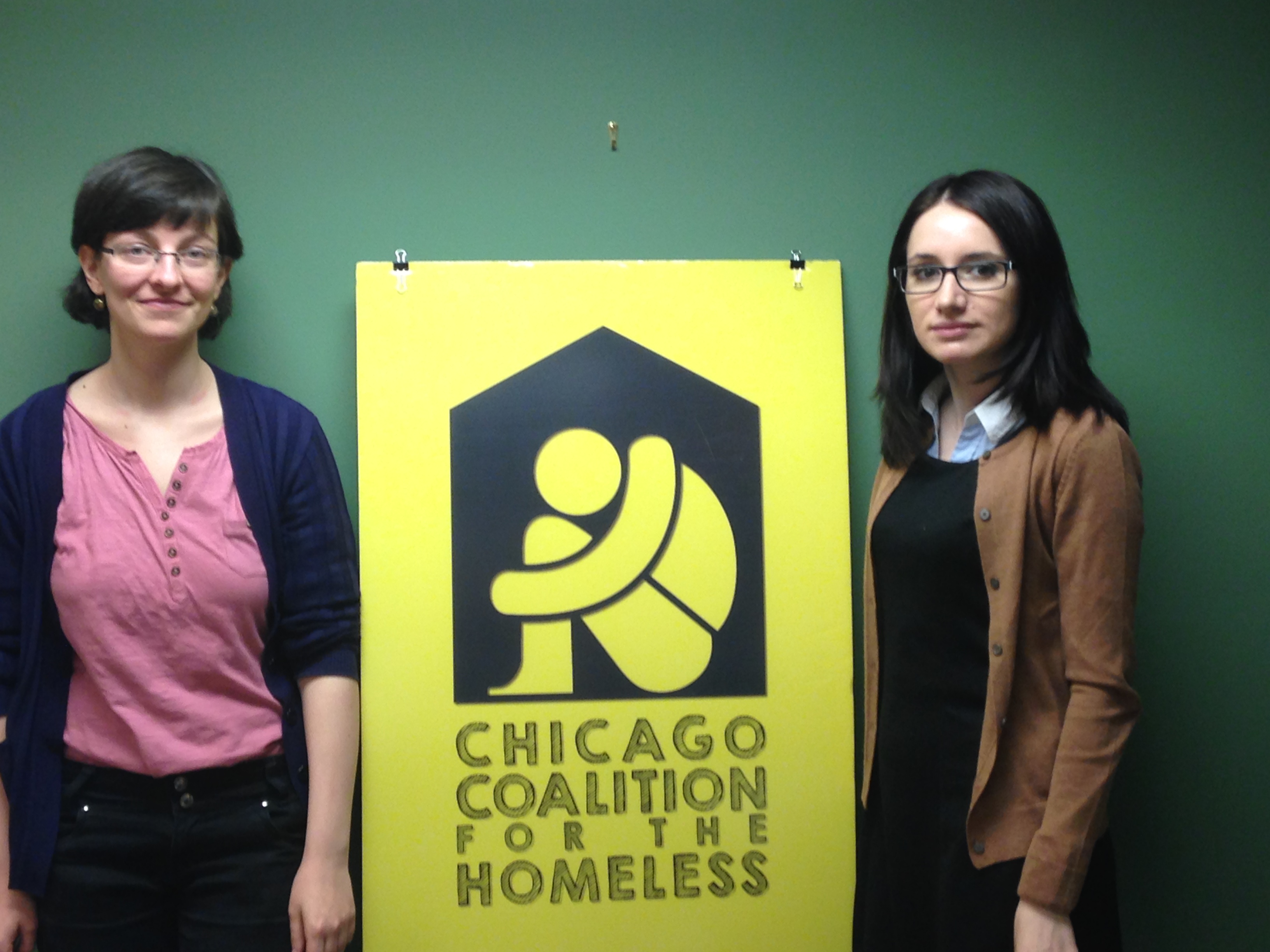 Chicago Coalition for the Homeless (CCH) is hosting two young community organizers from Romania and Hungary as part of a six-week fellowship exchange between Central Europe and the U.S.

This week CCH welcomed Ionela Ciolan and Johanna Laszlo, both doctoral students active in organizing for human rights, including the rights of the Roma people and other impoverished minority communities.

The Great Lakes Consortium (GLC) for International Training and Development manages the organizers’ exchange, a program sponsored by the U.S. State Department’s Bureau of Educational and Cultural Affairs. CCH hosted six Central European organizers through the program in 2012 and 2013.

Johanna is a Ph.D student studying social work and social politics at Budapest’s ELTA, and she works as a program manager at the Hungarian Anti-Poverty Network in Budapest. In her work, Johanna organizes campaigns that activate people experiencing poverty – those who are unemployed, homeless or coping with unstable housing – with potential allies, including activists, scholars and other groups. She also volunteers at a Roma settlement in the Hungarian capital.

CCH staff co-led training for 22 GLC trainees on Monday, before the group dispersed to assignments at community organizations in Kansas and Virginia, as well as Chicago’s Jane Addams Senior Caucus and ONE Northside.

While in Chicago, the organizing fellows will train with CCH organizers, working under the direction of Associate Organizing Director Hannah Willage. Hannah will travel to Central Europe in late June through the exchange.