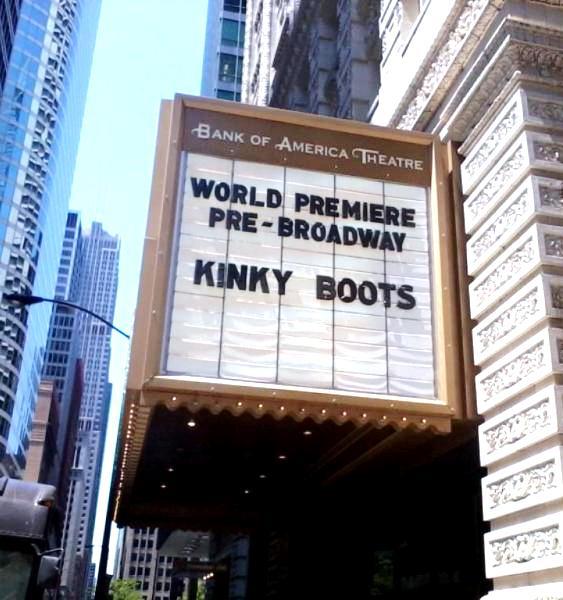 Supporters of the Chicago Coalition for the Homeless have an opportunity to attend the world premiere of Kinky Boots, a new musical by Harvey Fierstein and Cyndi Lauper.

Kinky Boots is inspired by a true story and based on the film of the same name.  It will debut at the Bank of America Theatre, 18 W. Monroe, on Tuesday, October 2.

CCH has a limited block of tickets. You can purchase your tickets HERE. 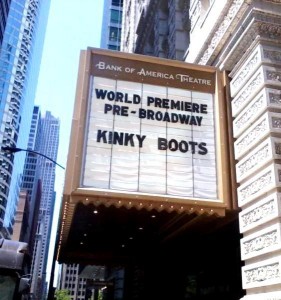 About 50% of each ticket will support CCH and that portion is tax-deductible. Ticket prices are $35 for balcony seats; $150, front mezzanine; and $200 for front mezzanine with VIP suite access (open bar & hors d’ouvres pre-show and intermission).

Please note: our block of tickets from Broadway in Chicago will go off-sale by Sept. 4.

There is also an opportunity to sponsor a $35 seat so that a homeless youth may attend the show, also a tax-deductible gift. Youth homelessness is an important
issue for Ms. Lauper, who recently helped to open a shelter for LGBT homeless youth in New York City.

In Kinky Boots, Charlie Price is forced to step in and save his family’s shoe factory in northern England, following the sudden death of his father. Help comes from the unlikeliest source, a fabulous drag performer named Lola. Together, this improbable duo not only revitalizes the nearly bankrupt business but helps one another grow into the men their fathers always dreamed their sons would become and transforms an entire community through the power of acceptance.