November 3, 2020 will be a historic Election Day. In addition to deciding who will be in the White House in 2021, Illinois voters will also close the loop on a 20-year conversation: Do we pass a Fair Tax in Illinois?

Right now, Illinois is one of eight states in the country that has a flat income tax, at a rate of 4.95%. This means everyone from teachers, nurses, and delivery workers, to real estate moguls and corporate CEOs pays the same rate.

A flat tax rate may seem fair on the surface, but the reality is far from it. Flat tax rates place more of the financial burden on middle- and low-income households, and less on millionaires and billionaires. Under the current system, the top 1% of Illinois earners pay only about 7% of their income in state and local taxes, while middle- and low-income families pay up to twice that percentage. 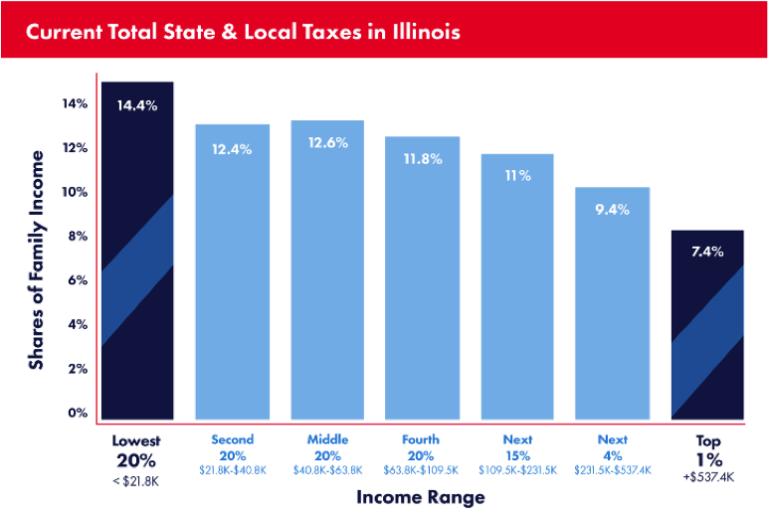 Passing a Fair Tax on November 3 would relieve the burden on the lowest income Illinoisans. Under this plan, anyone who earns less than $250,000 would pay the same or less in income taxes, and those who make over $250,000 would pay more. 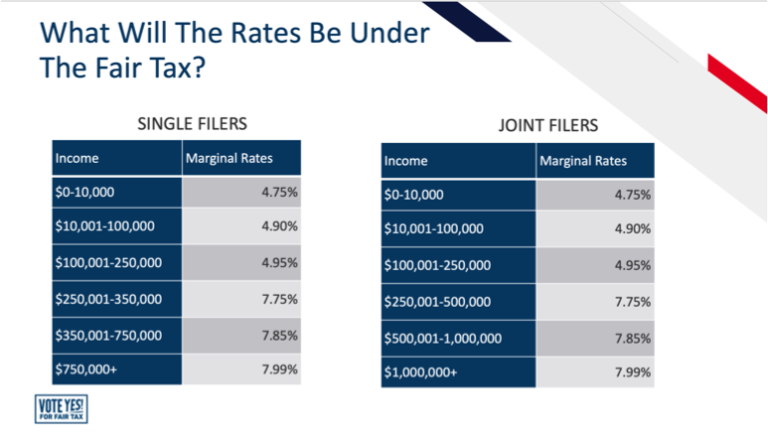 CCH organizers are working with grassroots leaders and organizations across the state to activate their networks to pass a Fair Tax in November. As an organization, we have set a goal of getting 1,750 people to commit to vote for this change.

Passing a Fair Tax on November 3 will generate an additional $3.4 billion in funds to be invested in our communities. When asked by CCH organizers, our grassroots leaders and community partners shared what investing more funding in our communities could look like:

“More trade schools and training could be accessible for youth and adults in carpentry and electrical throughout Illinois.”

“Less families going into homelessness. Creating other benefits such as jobs and healthcare, leading to less violence in the community.”

“More funds for affordable housing to be built in communities like Elgin, rehabilitation of abandoned buildings in Chicago, investments in housing organizations to house more of the homeless population, and re-opening of the health care and mental health clinics that were closed.”

According to Donna, a grassroots leader from Lake County, “passing a Fair Tax makes sense. I can leave my current housing program, and live on my own for the first time in 6 years. By leaving, I can free up funds and a spot for someone else who really needs the program right now.”

Lowering taxes for 97 percent of Illinoisans and generating $3.4 billion in funds that can be invested in our communities just makes sense.

On November 3, it will be up to Illinois voters to tell legislators in Springfield whether or not they want a Fair Tax. The power to decide Illinois’ future is in the hands of voters.

Join the more than 150 supporters who signed CCH’s digital Fair Tax Pledge Card this week, by adding your name today.  And don’t stop there. Tell your friends and family that you are ready for Illinois to have a Fair Tax system.