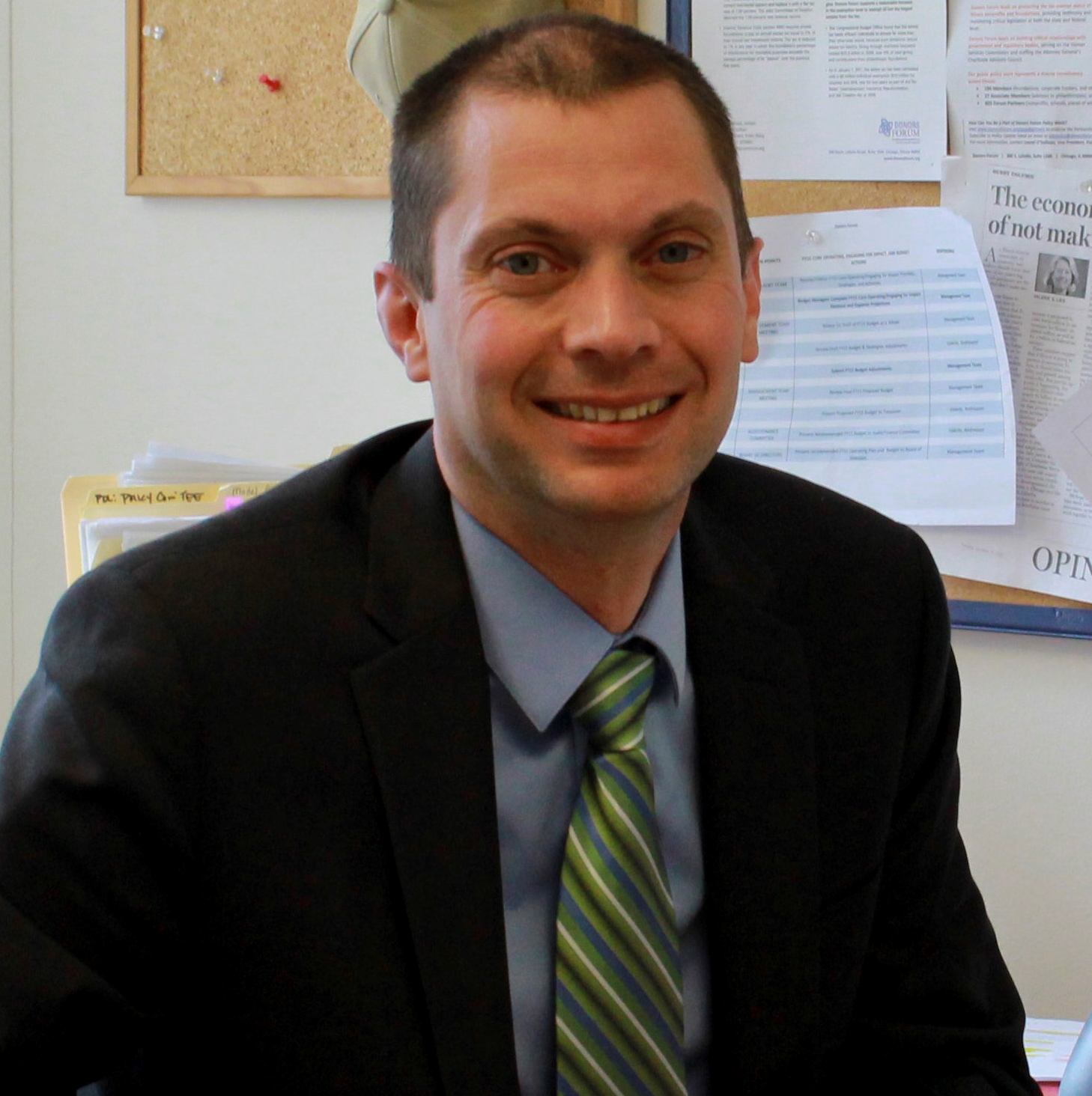 “Doug has a passion and commitment to ending homelessness and brings outstanding leadership skills to the table. We are excited about the energy that he brings and look forward to him building upon the foundation that his predecessors have provided,” said CCH Board President Bernie Dyme.

He joins the CCH staff after two years serving as vice president of strategy and policy at Forefront, formerly called the Donors Forum.

“I am honored to be able to join the amazing staff, board, and leaders at the Chicago Coalition for the Homeless,” said Doug. “Everyday, CCH works tirelessly to realize the human right to housing for all. I look forward to dedicating my time and energy to joining in that effort.”

Throughout his career, Doug has collaborated with CCH staff and leaders on housing advocacy. When he was associate director of policy and advocacy at Heartland Alliance, Doug coordinated its statewide campaign, From Poverty to Opportunity. The initiative led legislators in 2008 to form the Illinois Commission on the Elimination of Poverty, seeking to curb the number of people who live in extreme poverty.

Doug also worked with CCH when it advocated for a statewide rental housing support program, enacted in 2005 to assist 2,400 households a year. At that time, Doug worked for the Lawyers’ Committee for Better Housing as director of housing and advocacy, and later, associate director.

“It was an amazing victory,” he said, “because it was a clear sign of the savvy of the (CCH) coalition to bring in folks from both sides of the aisle, and the realtors, creating real, meaningful change for people facing homelessness.”

Around the same time, CCH staff worked with Doug when the Lawyers’ Committee and the Sargent Shriver National Center on Poverty Law sought legislative approval to amend the Illinois Human Rights Act. Poverty advocates sought to have the human rights act bar housing discrimination based on source of income, such as housing vouchers.

Doug also served as director of advocacy and outreach at the Greater Chicago Food Depository. He began his career at the Chicago Mutual Housing Network, where he directed housing development and training.

He serves on the Board of Directors for Illinois Partners for Human Service, Social Enterprise Alliance-Chicago, Illinois Attorney General’s Charitable Advisory Council, and the Illinois Comptroller’s Nonprofit Advisory.

Doug earned a bachelor’s degree from Grinnell College, and a master’s in urban planning and policy from the University of Illinois-Chicago. He lives with his wife and son in Oak Park.