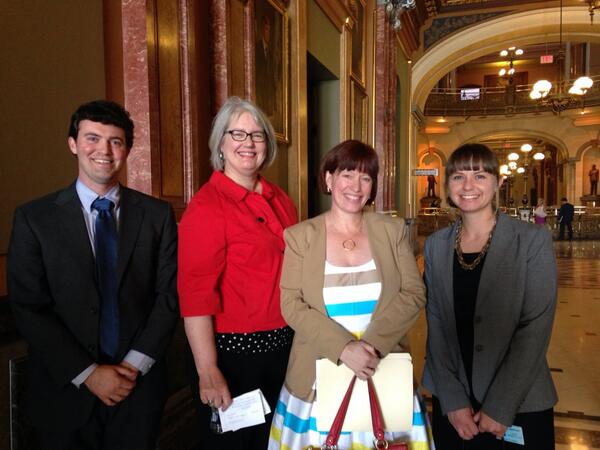 Effective October 1, unaccompanied minors ages 14 to 18 can consent to their own routine medical care under a new Illinois law proposed by the Chicago Coalition for the Homeless.

The law ends a significant barrier to accessing medical care for more than 7,000 homeless Illinois minors who are deemed “unaccompanied” because they live separate and apart from a parent or guardian. They include almost 2,000 students identified as unaccompanied by Chicago Public Schools (CPS) last school year.

CCH advocated for the measure after school and health clinic officials told our staff of being required to turn away teens for easily treatable issues – such as asthma, a fever, minor cuts, and sprains – because the teens lacked a parent or guardian to sign a health care consent form.

The amendment to the Minors Consent to Medical Procedures Act brings Illinois in line with 16 other states that had similar laws, including California, Indiana and Texas. Florida also enacted minor consent legislation this spring, bringing the total to 18 states.

Graham Bowman, an Equal Justice Works youth health attorney at CCH, drafted the bill to amend the minors consent act. Policy Specialist Jennifer Cushman led the effort in Springfield to build support for the bill and work with potential opposition on agreed-upon language.

Under Public Act 098-0671, schools and health clinics can create their own procedures for securing written consent from an unaccompanied minor. Mr. Bowman is working with CPS officials to finalize a form that will be used in the city’s school-based clinics.

The law will allow unaccompanied 14- to 18-year-olds to consent to basic medical care on their own behalf, and they can ask a trusted adult or friend to their appointment to assist them. A health care provider must rely on an organization that works with unaccompanied or homeless youth to identify eligible minors, or a minor’s relative. Any already existing limitations on access to particular services are not altered by this law.

“Health care professionals ready to treat sick kids had to turn away minors who lacked a parent or guardian to sign their consent form,” Mr. Bowman said. “They had to stand by as kids got sicker from easily-treatable conditions, like strep throat or asthma.

“In one case, a 17-year-old student with an injured ankle was unable to get an examination, even though she supports herself by working as a waitress at night. One doctor told me that some 20% to 30% of the students at one of her school clinics are homeless and would have to be turned away.”

“[TLP has] numerous situations where a young person did not have contact information for their guardian due to the guardian moving or being evicted and not contacting the client. In those cases, I am unable to give a client Benadryl for a mild allergic rash,” Ms. Urban testified.

Since the law was enacted, CCH has trained the 44 homeless youth providers active on CCH’s statewide Youth Committee. The Illinois chapter of the American Academy of Pediatrics also has educated its members, Mr. Bowman said.

Many unaccompanied minors leave home to escape unstable or dangerous living situations that involve abuse or neglect. Others cannot obtain consent because they are unaware of where their parent or guardian is living, or if they do know their whereabouts, cannot reach out because their relationship is significantly strained.

Those with questions about the new law can email Equal Justice Works Fellow Graham Bowman or phone him on the Law Project’s toll-free helpline, (800) 940-1119.