A new public policy win will help an estimated 40,000 community college students in Illinois: In 2018, low-income, vocational-track students are eligible to apply for the SNAP food assistance program.

New rules issued by the Illinois Department of Human Services (IDHS) will allow these students to apply whether full- or part-time students. Previously, only part-time students could qualify for SNAP, also known as the Supplemental Nutritional Assistance Program.

In early February, an IDHS spokeswoman said that students can apply for SNAP after IDHS completes rule-making procedures. Announcements will be made when this new eligibility opens.

Chicago Coalition for the Homeless has advocated this eligibility for more than five years through its homeless youth campaign, No Youth Alone.

“This is an exciting victory for students,” said State Legislative Director Niya Kelly. “CCH has been in talks with IDHS for years, working to change this antiquated policy.  Homeless students consistently listed this as one of their top barriers in finishing up their education.” 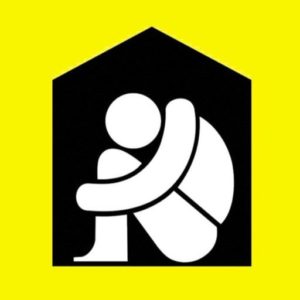 CCH has asked IDHS to implement a rule change like the one enacted since Gov. Pat Quinn’s administration. When that was unsuccessful, CCH worked with Heartland Alliance and the Sargent Shriver National Center on Poverty Law to propose 2017 legislation later called the “College Hunger Bill.”

As HB3211, the SNAP bill enjoyed strong, bi-partisan support, passing the Illinois House, 85-25, in March 2017 and the Senate, 50-1, in May 2017. But Gov. Bruce Rauner issued an amendatory veto on August 18, saying the Illinois Student Assistance Commission should not be required to assist with implementation.

So advocates worked with the legislative sponsors to introduce a new bill – Senate Bill 351 – during the fall 2017 veto session. The College Hunger Bill passed the Illinois Senate by a 54-1 vote on Oct. 25. But the measure failed to progress through the House before the veto session ended.

Later in November, IDHS announced it was adopting a rule change to allow these students to apply for SNAP.

Working with Heartland and the Shriver Center, CCH will continue to advocate for legislation (SB351) in 2018 that ensures students retain access to SNAP even if IDHS were to change its rules again.

The new SNAP policy is still in the rule-making process. Students with questions may contact their local IDHS office. When implementation begins, CCH will provide an update.

Forty-eight percent of college students report experiencing food insecurity and 22% report having to skip meals, per a recent national survey. Increased hunger on college campuses is blamed on the rising cost of higher education, scarce financial aid, and the rapidly changing face of the traditional college student. Hunger is a pressing issue in Illinois, especially among students at community colleges.