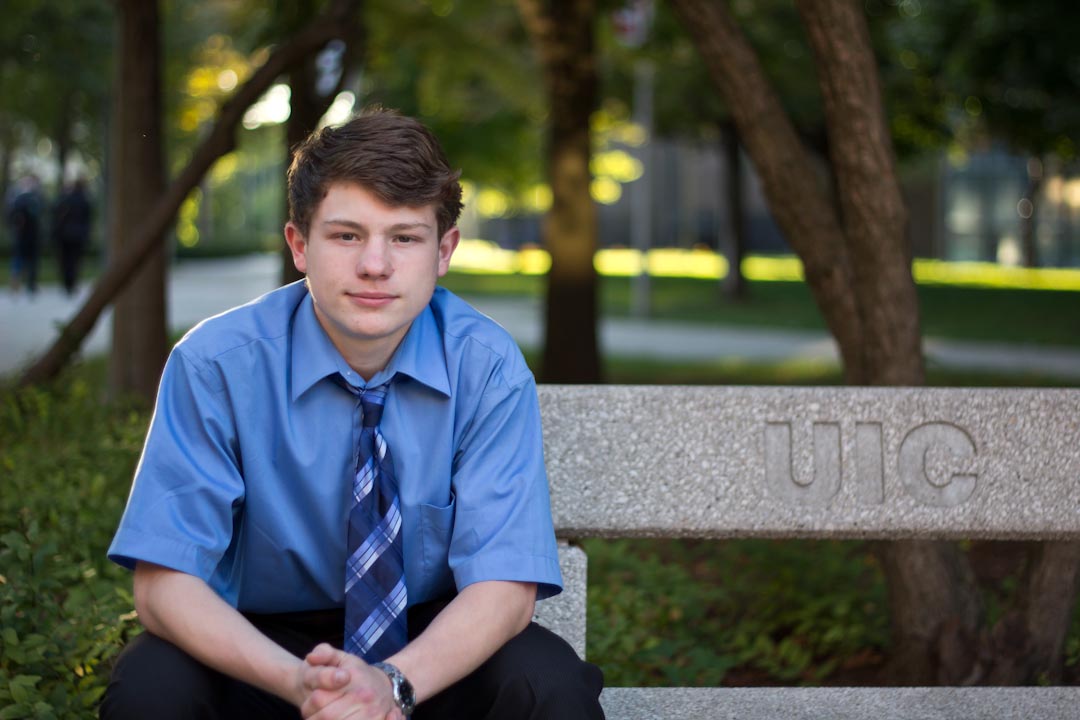 Andrew Strmic took Advanced Placement Chemistry in high school, earning a top score of 5 on the national exam. That’s to be expected from a student who this fall started chemical engineering studies at the University of Illinois – Chicago.

What’s impressive is that Andrew could stay focused on his AP exam, since he became homeless that same month.

During his junior year at Lane Tech College Prep, Andrew’s family fell behind on the rent. Supported only by his grandmother’s factory wages, Andrew and six family members had lived in a one-room apartment since Andrew was a third grader.

That May, as his family sought shelter in neighborhoods far from his high school, Andrew, then 17, went out on his own. Occasionally, he slept in the park. Usually he stayed with friends’ families, a few nights here, a few weeks there, throughout the next year.

Andrew was determined to go to college, the first in his family. Senior year, he took more AP courses in calculus, physics and economics. His high grades fell that fall semester, including one D, but he says he got better at coping with an unstable living situation.

“I guess I’m a resilient person,” he said.

He brought his grades back up, graduating with a weighted 4.1 GPA.  He applied for and won a partial scholarship from UIC, and a $2,000-a-year award from the Chicago Coalition for the Homeless (CCH).

At his 2013 interview with the CCH Scholarship Committee, Andrew said he realized at a young age that an education could be his path out of poverty.

“I saw people with jobs they hated, and lives they hated. I always saw college as a way out,” he explained.

During the CCH interview, Andrew said his Chicago Public school had identified him as homeless but was pressing him to pay $490 in back school fees or he would be barred from his graduation ceremony. Already forced to miss senior prom, Andrew was trying to put together some of the money Lane Tech said was owed.

Andrew was referred to Youth Attorney Beth Cunningham. She called school officials to remind them that by law, a student who qualifies for free or reduced-price lunch also qualifies for school fee waivers, if requested. Andrew’s fees were waived and he participated in graduation – CCH helped 15 students secure almost $5,000 in fee waivers last spring. 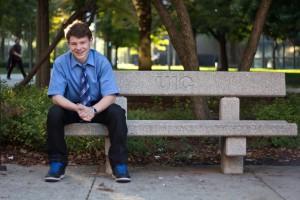 After college, Andrew hopes to work in medical research. He’s inspired by his own experience as a diabetic, diagnosed at age 10 and helped in recent years by an insulin pump he wears at all times. On a personal level, his aspirations include to one day “have my own place and my own family.”

Andrew’s fall semester classes at UIC include chemistry, calculus, and academic writing. His favorite course is Intro to Engineering, with its 3-hour Tuesday labs. “I can see myself having fun with this,” he said.

Last summer, a high school buddy invited Andrew to live with his family, which includes “a nice mom, who acts like a mother to me.” He and his friend have their own basement bedrooms.

“It’s the first time I’ve ever had a room of my own,” Andrew said.