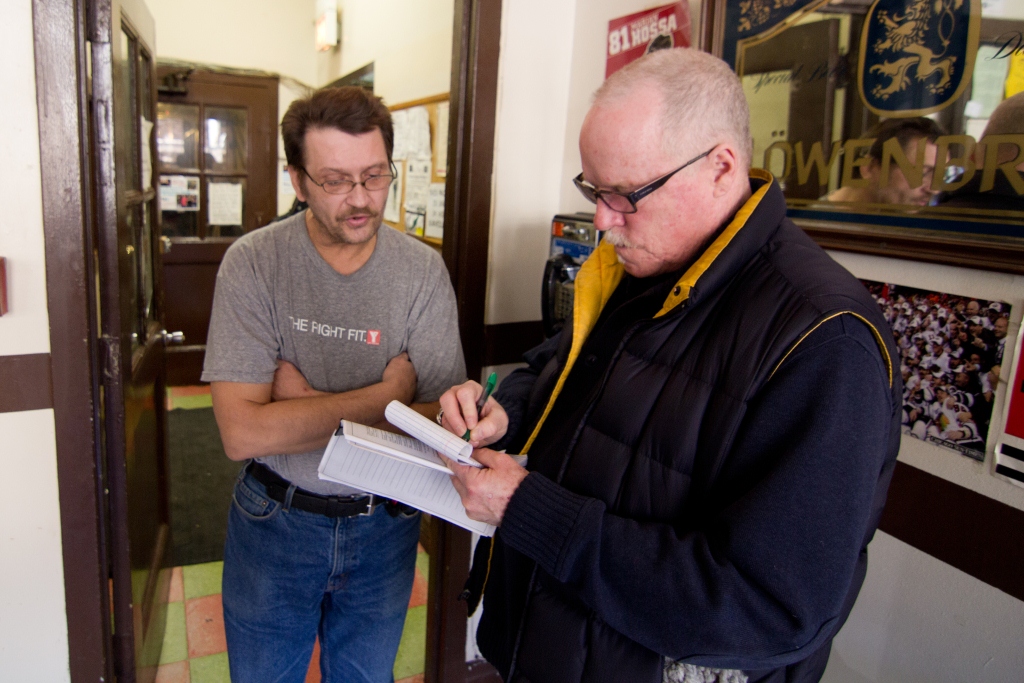 Chicago Coalition for the Homeless is working with other advocates and organizers to stop a proposed ordinance that would ban Chicago’s last two cubicle hotels for men. Now, a Chicago alderman pushing the ordinance is criticizing CCH for helping the 330 low-income men who live there.

Ald. James Cappleman (46th) claimed in the Chicago Sun-Times Wednesday that CCH is “using impoverished men” as “pawns” in an effort to stop the closing of the Wilson Men’s Club Hotel, at 1224 W. Wilson in Cappleman’s Uptown ward, and the Ewing Annex Hotel, 422-26 S. Clark St. in the Loop.

CCH is working with a growing group of agencies that want to stop the Cappleman/Reilly ordinance from moving forward. Allies include Sargent Shriver National Center on Poverty Law, Organization of the NorthEast (ONE), Northside Action for Justice, Uptown People’s Law Center, Single Room Housing Assistance Corp., and Chicago Alliance to End Homelessness. StreetWise is also involved because the weekly newspaper employs vendors who live in both hotels.

Ald. Brendan Reilly (42nd) co-sponsors the ordinance. The Ewing is located outside his ward, in Ald. Will Burns’ 4th Ward.

Since introducing their ordinance in mid-January, Cappleman and Reilly have blasted the buildings as “deplorable” and “unfit” even for dogs. Meanwhile, photos posted by CCH show the buildings are very modest but maintained, with almost $500,000 in renovations at the Ewing. More photos are posted on the CCH Facebook page.

Both residential hotels are in full compliance with city safety, fire and building codes, and are reviewed at least annually by city inspection teams, advocates say. The buildings rent 5-by-7-foot sleeping cubicles for up to $300 monthly, with about 450 total units available.

Chicago Sun-Times columnist Mark Brown has been talking to the men of the Ewing in recent weeks. The first of Brown’s columns ran in Sunday’s (Feb. 24) newspaper.

“When people in power start saying stuff like ‘nobody should have to live like that,’ those who are living like that know to be on guard against something bad headed their way,” Brown writes at the start of his column.

After learning of the Cappleman/Reilly proposal, CCH organizers made visits to the Ewing and Wilson to ask tenants what they wanted to do and whether CCH could help. Numerous residents in both buildings told CCH staff that they wanted to save the buildings, which have been home to some men for as long as 15 years – the tenants include low-wage workers who work nearby, the disabled, students, and retirees.

A CCH survey of about 100 men at the Ewing showed that 44% said they fear becoming homeless if the building were closed. Seventeen percent are veterans.

But in Feb. 27 article by a Sun-Times city hall reporter, Cappleman claimed that CCH is telling men they will become homeless. The second-year alderman called it “appalling and completely unethical” for CCH to work with these “very vulnerable” men, whom he called “at high risk of alcohol and drugs relapse.”

“Ald. Cappleman’s claims are sensational and baseless,” said CCH Executive Director Ed Shurna. “CCH has worked for years with people who are homeless or at-risk, including families and youth living on their own. We do it by asking them to identify what’s needed and to work with us for a solution. Men at the Ewing and Wilson are working with us in the hope that they can remain living where they are.”

Mark Brown followed up with a Feb. 28 column on Cappleman’s claims, “Where is he going to put these people?” As he usually does, Brown quotes the “regular people” affected by the plan. Said one 60-year-old Wilson resident, “(Cappleman’s) not helping us. I don’t know who he is trying to help, but it’s not us.”

On Chicago’s northeast side, including Cappleman’s ward, 1,833 affordable housing units have been lost in the past three years, per research from ONE. The units are SRO-like properties and housing hotels.

The properties include The Chateau, 3838 N. Broadway. Ald. Cappleman is working with an undisclosed new owner that recently served eviction notices on about 100 tenants, with plans to renovate for high-rent housing,  per The Chicago Reporter’s Chicago Muckrakers blog and DNAInfo.com Chicago.

Pressed for specifics on how many tenants had been helped to find new housing, Cappleman wrote, “That is a concern I’m working out with the residents, social services, DFSS (Chicago Department of Family & Support Services) and the owner. No one will go to the streets.”

Asked again for numbers, Cappleman wrote, “Sorry, those details are only for those directly affected by the situation. I answer to them. I remain their advocate.”

“…I am dismayed by the Alderman’s assertion that advocates are using the residents as pawns. I firmly believe that the poor in this city deserve better housing and I have worked to achieve that for the last 20 years. In recent conversations about this issue with leading homeless service providers, no one I speak with has any idea where we can place (330) men living well below the poverty line,” wrote LoBianco, a former homeless services commissioner for the city of Chicago and a CCH Board member.