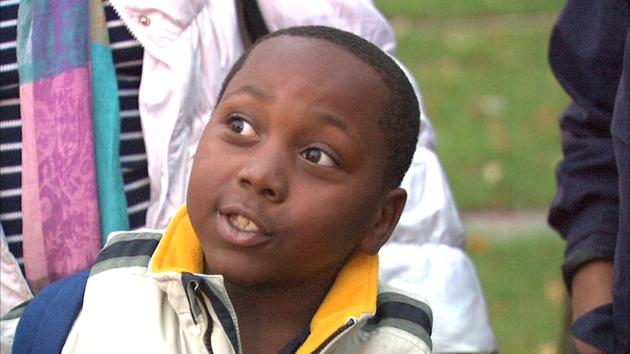 A new report from the Chicago Coalition for the Homeless shows the problem is getting worse for families.

Mayor Rahm Emanuel, and before him Richard Daley, each proposed plans to end homelessness. Mayor Daley even pledged to get people off the streets within a decade.

It hasn’t happened. Now a new report released by the Chicago Coalition for the Homeless shows the problem is getting worse for families.

Eight-year-old Tristian and his sisters see their mom as a superhero, fighting to find a permanent home.

“My mom is a hard-working woman, like Cinderella!” Tristian says.

LaToya Ellis lost her job at sandwich shop in August. Since then she and her kids have bounced from the homes of friends and family to shelters.

“I think of my mom as a warrior,” says her 14-year-old daughter Gabrielle. “This is very hard for a parent to go through and the fact she’s fighting it every day is very inspirational for me”

During their hour-and-half long commute to school each day, that have a lot of time to talk.

“They’re not allowed to do normal things that children are allowed to do,” says LaToya. “Something simple like watching TV or have a friend come over.”

“It’s hard for me to tell them about my situation, even close friends that I have, because I’m afraid they’ll look at me in a different perspective than they look at me now,” says Gabrielle.

A report released Wednesday by the Chicago Coalition for the Homeless finds the number of homeless families in Chicago has tripled in the last decade. According to the report, 13,000 families experience some form of homelessness in the last year. Only 123 of them found permanent, affordable housing.

Advocates say there’s a direct impact on the kids.

“I don’t blame my situation,” says 16-year-old Burgendy Ellis. “Yeah, it would be easy to. But if I blamed my situation, I feel like it wouldn’t get me anywhere.”

The Ellis family will head back to a shelter when night falls. Their time there runs out in January. Then, they’ll have to move on. Again.

“I want to have a house,” says Tristian. “I want to be able to come home, do my homework, go to the refrigerator, get about two hot dogs and play videogames all day.”

In other words, what any kid his age would want.

Link to watch the video.