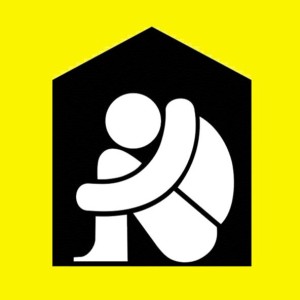 A Lake County judge ordered the release of $36.4 million in escrowed funds for rental subsidies Wednesday, after the Chicago Coalition for the Homeless (CCH) and other advocates convinced all parties to agree to the order.

Funds were frozen in escrow more than two years, threatening rent subsidies that help house 2,232 extremely low-income Illinois households, including 1,082 Chicago families. Qualifying households earn 30% or less than Area Median Income, or $22,800 for a family of four in metropolitan Chicago.

The Illinois Rental Housing Support Program was created in 2005, after a CCH housing campaign passed legislation to create a $10 fee on real estate recordings. Funds are distributed statewide, providing subsidies to landlords who rent to extremely low-income households.

Since then, $16 million to $25 million a year has been collected to fund rent subsidies to as many as 2,500 Illinois households.

In May 2011, a law firm filed a lawsuit in Lake County alleging that the fee was unconstitutional on a number of counts. CCH and other advocates worked to amend the law, but it was struck down in September 2013. All funds for the program were ordered held in escrow while the case was appealed.

The Chicago Low-Income Housing Trust Fund administers rent subsidy funds earmarked for Chicago, about 40% of the total. Housing Trust staff was told by state officials that the escrowed funds would not be released until a state budget is approved. Advocates opposed this because lawful appropriations had been made from the fund for the prior two years.

Housing Trust staff and board members began to push for a court order to release the funds. All parties signed off on the agreement except the Illinois Attorney General’s office. With only a few days remaining to enter the order, policy staff from CCH and Business and Professional People for the Public Interest joined the push to secure support from the attorney general. A day before the deadline, the attorney general’s staff agreed to present an order to release the funds.

Update: All rental housing support funds will be released through the stopgap funding plan passed by the legislature and signed by Gov. Rauner on June 30, 2016.

Today, the Lake County judge approved the order releasing escrowed funds from FY 14 and FY15. This will release $14.5 million to the Chicago Low-Income Housing Trust Fund. Another $21.9 million is to be distributed in the suburbs and downstate Illinois, supporting 1,150 subsidies.

When the state of Illinois adopts its long-stalled FY16 budget, another $16 million will become available to the statewide program.

“We are so grateful this long fight is finally over,” said Tom McNulty, president of the Chicago Low-Income Housing Trust Fund. “Now we can concentrate all of our energy on fulfilling our mission to provide affordable housing.”