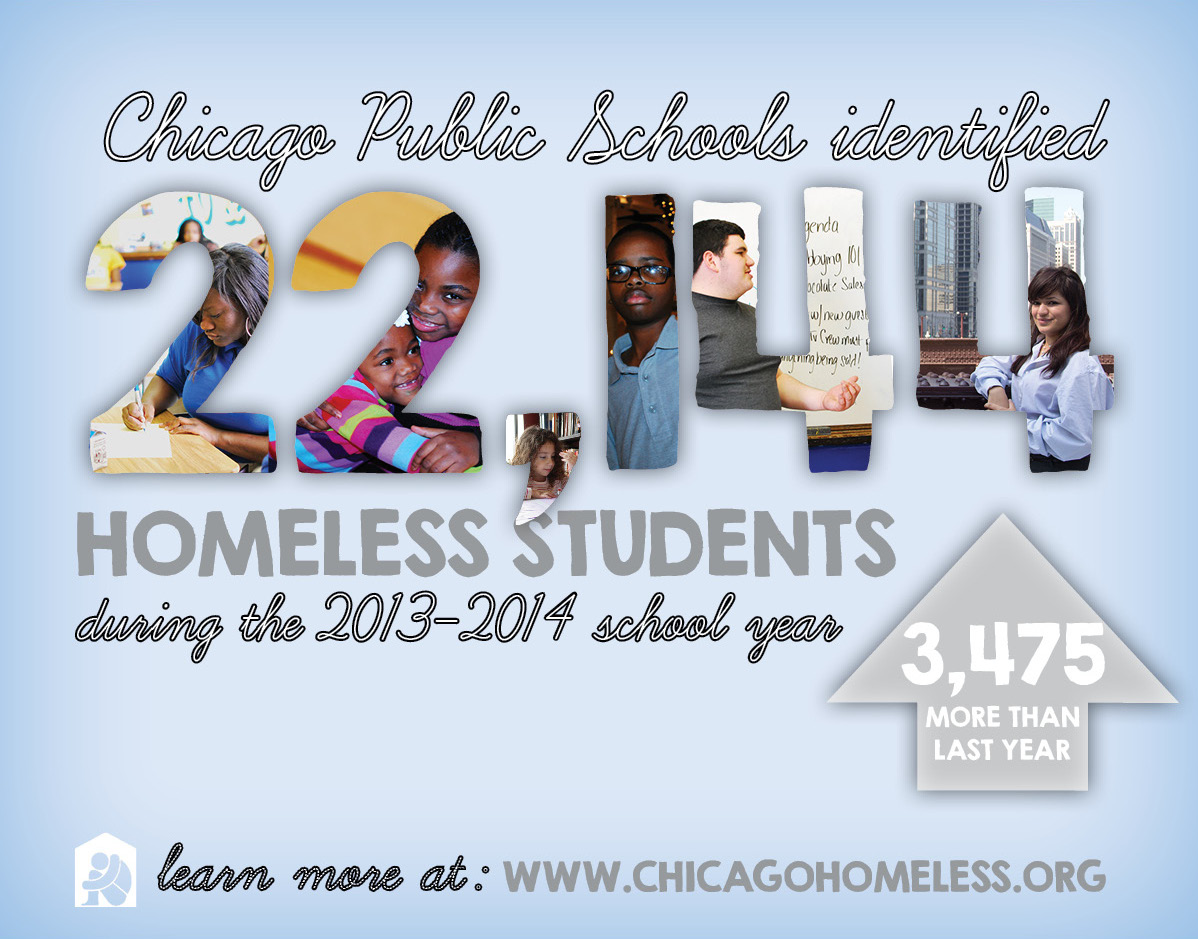 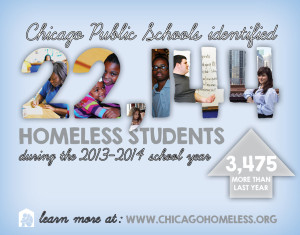 It is an 18.6% increase from the prior year’s homeless enrollment of 18,669 in 2012-13 – which itself was an 8.2% increase. The data and homeless services are tracked by the CPS office of Students In Temporary Living Situations.

Students whose families live doubled-up with others to avoid living on the street or in shelters are among those considered homeless, per U.S. Department of Education guidelines.

In Chicago, 88% of the homeless students identified (or 19,506 students) lived doubled-up in the homes of others, often in overcrowded and tenuous conditions. Other living situations included 10% of students (2,256) lived in shelters or motels. Less than 1% of students lived in other homeless situations, such as living in their car or other public place (80 students) or in temporary foster care (147).

CPS also tracked 2,647 students who were unaccompanied youth, living homeless without parent or guardian, a 10.5% increase from the prior year. They comprised 12% of the total homeless enrollment.

At the Chicago Coalition for the Homeless, about half the clients served by the Law Project are homeless students with school access issues or denied school services in Chicago and the suburbs. During FY 2014, CCH assisted 146 students. These children and teens comprised 49% of CCH’s legal aid caseload; 142 homeless youths with other civil legal needs made up 48% of the caseload.

Homeless students and their families who live anywhere in Illinois are able to phone the Law Project on its toll-free number if they need legal assistance or referral to a local legal aid provider. The toll-free number is 1 (800) 940-1119.